...may have prospered through the attention early gay men lavished on their nephews and nieces. 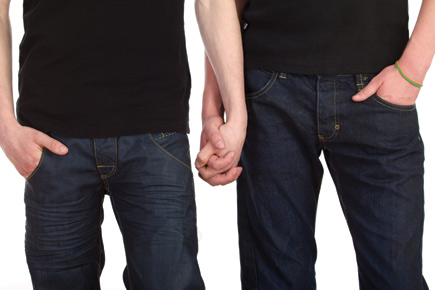 …may have prospered through the attention early gay men lavished on their nephews and nieces.


On the face of it the prevalence of homosexuality in humans or any other species does not seem to make much evolutionary sense. But now evolutionary psychologists Paul Vasey and Doug VanderLaan, from the University of Lethbridge (Canada), have suggested, based on several years of work in the Pacific island of Samoa, that one of the possible ways in which homosexuality is inherited and retained in humans could be through the extra care lavished by homosexual men on their nephews and nieces in early human society.

They chose to work in Samoa because a separate gender category termed fa’afafine (meaning neither man nor woman) is widely recognised on the island. Fa’afafine are marked by effeminate behaviour and their choice of adult men as partners. Previous research had shown that fa’afafine tend to lavish care beyond the ordinary on their nephews and nieces, in many cases actively supporting their education or helping out financially in other ways. What Vasey and VanderLaan have now found in research published in the journal Psychological Science is that the link between how fa’afafine treat their nephews and nieces and how they treat kids in general, is actually weaker than in men and women. In other words, fa’afafine’s treatment of their kin is not an extension of their general fondness for children.

Yet, for this explanation to be the only reason for the prevalence of homosexuality would require each childless fa’afafine to contribute to the upkeep and survival of two additional nieces and nephews, as a man shares half his genes with a child of his own while sharing only a quarter of his genes with a nephew or niece.

Vasey adds that fa’afafine avuncularity probably contributes to the evolutionary survival of genes for male same-sex sexual orientation, but is unlikely to entirely “offset the costs of not reproducing”.

But even so, their research is hardly conclusive. For Vasey and VanderLaan to establish their hypothesis completely, they still need to be able to show that there is an increased tendency towards assuming the fa’afafine gender among the descendants of their nephews and nieces than there is among the general population.