Have We Got Our Exercise Routine Wrong? 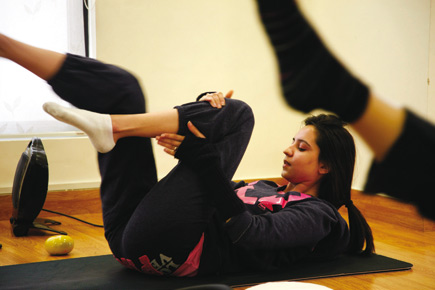 
The day-to-day lives we live today are far removed from the circumstances in which our ancestors evolved, and it is in those circumstances that our body evolved, or so goes the argument of those who practice an exercise regime called evolutionary fitness. Members of this tribe include the best-selling author of The Black Swan Nassim Taleb. The argument then goes that hence, the best way to exercise is to replicate the ways in which energy expenditure took place through much of our evolutionary past. This, the regime speculates, would have involved long sedentary periods of rest followed by an intense burst of effort required to hunt prey or flee a predator.

A new piece of research suggests they may be on to something. An article in the American Journal of Human Biology shows that high intensity exercise is more beneficial in preventing cardiovascular disease than endurance training in adolescents. The team chose 47 school boys and ten girls and divided them into two groups. Members of one group ran steadily for 20 minutes three times a week over seven weeks, while the others performed a series of 20-metre sprints over 30 seconds in their sessions. The group exercising for 20 minutes at a time averaged 420 minutes of exercise expending 4,410 kcal, while the high intensity group averaged  63 minutes expending 907.2 kcal. Despite this difference in energy expended, and the total exercise time of one group being six times that of the other, both groups reported similar improvements in cardiovascular risk factors. “This is the first study to demonstrate the effects of a novel interval training programme on both traditional and novel CVD risk factors in adolescents,” concluded lead author Duncan Buchan. “Larger scale and extended interventions must be undertaken so that the long term impact and effects of intermittent training programmes on unfavourable metabolic profiles may be investigated further.”