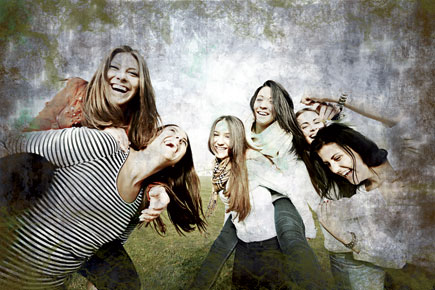 A new study has found that throughout human history, before humans began to move out of Africa some 70,000 years ago, and throughout subsequent migrations, the female population has far outnumbered the males. Women have also made a far larger contribution to the human gene pool than men.

The study, published by a group of German researchers in the journal Investigative Genetics, analysed the demographic history of males and females in worldwide populations by comparing the paternally-inherited Y chromosome (NRY) with maternally inherited mitochondrial DNA (mtDNA). The genome structure of a total of 623 men from 51 populations was analysed for this research.

Apart from discovering that women outnumbered men in the past, the researchers also found that more women have passed on their DNA than men. According to the researchers, cultural trends like polygyny, where one man mates with many women, and practices where women moved in to live with their husbands, have resulted in women making a larger genetic contribution to the global population than men.

The researchers also used computer models to show how more women have contributed to genetic diversity than men. According to one such simulation, around 60 women and 30 men were breeding in Africa before humans migrated from the continent. During the time of the migration, which is estimated to have occurred some 70,000 years ago, only 25 women and 15 men were mating. In another 25,000 years, when modern humans are believed to have migrated to Europe, there were around 100 women mating with around 30 men. The researchers point out that there were more humans at these points in time, but they were not contributing to the gene pool.

‘Our new sequencing technique removes previous biases, giving us a richer source of information about our genetic history,’ one of the authors of the study, Dr Mark Stoneking of the Max Planck Institute in Germany, says in a press release. ‘It allows us to take a closer look at the regional differences in populations, providing insights into the impact of sex-biased processes on human genetic variation.’