Eating Dirt Does No Harm 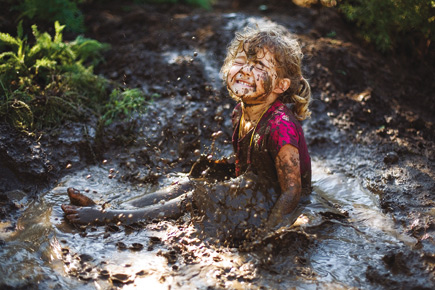 
When a particular behavioural trait seems to occur in similar fashion across cultures, there is reason to suspect that there are biological reasons prompting such behaviour, however absurd it may seem. Perhaps, this was why Cornell University researchers went through 480 cultural accounts through human history to understand why we literally like eating dirt. The analysis of these accounts, starting with Hippocrates 2,000 years ago, published in the June issue of The Quarterly Review of Biology, concludes that the most likely reason for the behaviour is that it protects us against toxins, parasites and pathogens.

The researchers were working with three alternate hypothesis, the first that the habit (the technical term is geophagy) may give nutritional benefits. But geophagy seems to thrive even when there is no shortage of food. The second alternative is that mud or dirt may contain certain micronutrients that the body craves and may not be able to obtain from food even when it is amply available. Again the literature indicates the dirt humans most prefer eating is poor in most micronutrients. Also, if this were true, the population most likely to be indulging this habit should be the elderly, when it is the very young, and women in the early stages of pregnancy who are more likely to indulge in the habit. This leads the researchers to conclude that the third hypothesis, that eating mud protects our stomach against toxins, parasites and pathogens is the most likely explanation. It fits well with the prevalence of the habit among infants and pregnant women because these are the segments of the population most at risk. This explanation may in some way also tie in with the fact that children brought up in overly hygienic environments seem to have weaker immune responses.

The question then remains, how does eating dirt confer this protection? Does it contain substances which may be protective, does it expose the body to small amounts of toxins and pathogens in the mud helping to develop immunity? Clearly, absurd though this may seem, there is more to eating mud than what we know.