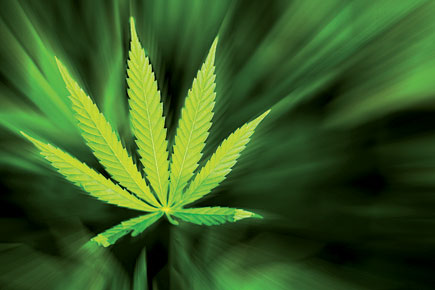 Bhang has been used in India for millennia, but, though it has social sanction for consumption during festivals, it is firmly identified as a narcotic. A team of Indian researchers has, however, found that there is more to marijuana than the high it offers. Its oils have anti- bacterial properties and can even be used for making cosmetics.

Cannabis sativa, as the plant is known in the English lexicon, is one of the most widely studied plants in the world and almost always controversial. A new research paper in the journal Current Science outlines its industrial benefits. The paper, which is a result of one year of research at the Central Institute of Medicinal and Aromatic Plants, Research Centre, Pantnagar, was aimed at dispelling the negative image that the plant has had in the country. “Not one person in India has studied the chemical components of the plant to analyse its properties beyond the hallucinogenic for commercial purposes, and since it grows abundantly in the foothills and is generally known to have some vital properties, we decided to explore them,” says the lead author of the report RS Verma, who is in the department of natural product chemistry. “The present study was to investigate the essential oil composition and anti-microbial activity of the plant. We hydrodistilled an essential oil of the plant and studied it through capillary gas chromatography and GC mass spectrometry and evaluated that against nine pathogenic bacterial strains,” says Verma.

Hydrodistilling a plant basically means extracting its essential oils. So Verma and his team took this oil and tested it against various bacteria. The study revealed strong activity against most of the bacteria it was tested against. It was also found that the oil extract contained several components inherent in other commonly used essential oils. Verma says that this could mean that the plant may be of high utility, especially for industrial purposes. “It has potential to be explored for flavour, fragrance and even cosmetic purposes,” he says, adding, “although similar conclusions of its anti-bacterial tendencies have been explored by scientists, nobody has really thought of [extracting] it and using it for non- narcotic commercial purposes.”