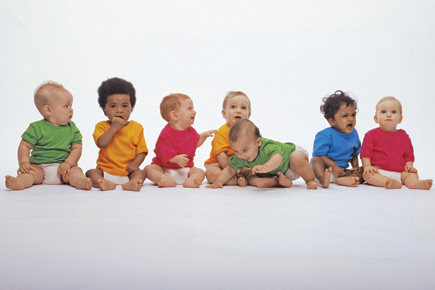 When do people start developing racial biases? According to a new study, racial biases are noticeable in toddlers as young as 15 months.

The study, published in the journal Frontiers in Psychology, found infants exhibiting racial biases in their choice of playmates. The researchers from University of Seattle found that when it came to choosing playmates, the toddlers normally chose those they considered fair in their dealings, for instance in distributing toys. But, when toddlers saw a person who favoured babies of their own race, the 15-month-old infants wanted to be playmates with that individual.

The study came about after researchers noticed, during past experiments, that infants appeared to play favourites with them, showing more inclination to share toys and play with some researchers than others. To understand if any racial biases were at play here, two experiments were devised. In the first one, 40 Caucasian babies watched two research assistants distribute toys to two Caucasian babies, one who distributed them fairly and one who handed them out unequally. Unsurprisingly, a majority of the infants, almost 70 per cent of them, chose the assistant who distributed toys fairly.

Through the second experiment, however, the researchers tried to understand if infants would still chose fairness when infants of the same race stood to benefit from inequity. Similar to the first experiment, a test was conducted again. Except this time, one of the recipient babies was Caucasian and the other Asian. A total of 80 Caucasian 15-month-old babies were made to watch one assistant fairly distribute toys and one assistant unfairly distribute toys. Half of them saw the assistant give more toys to the Caucasian toddler, while the other half saw more toys being distributed to the Asian baby. This time, the researchers found that babies picked the unfair researcher who distributed more toys to the Caucasian infant than the fair one who divided toys equally.

The researchers write in the journal, ‘These findings suggest that infants may also make social selections based on the consequences that a given individual’s behaviour may have for individuals that are of the same versus a different race as infants.’