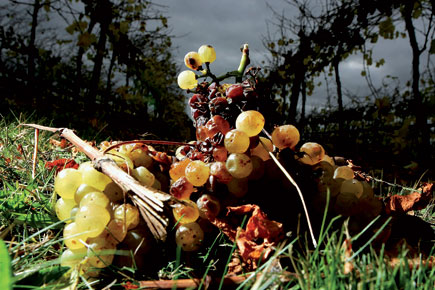 Very little is known about the relationship between humans and alcohol and what role the latter played in evolution. Scientists haven’t been able pinpoint the time humans developed the ability to digest alcohol, but the guess has been that humans were able to do so by the time they began to make alcohol, around 7,000 BCE. Clay pots containing the residues of the earliest known alcoholic beverage, a mixture of fermented rice, honey and fruit, belonging to the Neolithic period have been found in Jiahu, China.

But according to a new study conducted by researchers at Santa Fe College in the US and published in Proceedings of the National Academy of Sciences, this relationship is about 10 million years old, when our primate ancestors left the trees, began to walk on two feet and consume rotting fruit that dropped onto the ground.

According to the researchers, the ability to break down alcohol is likely to have played a key role in helping our ancestors survive. This was the time an abrupt shift had occurred in the Earth’s climate, causing the forest ecosystem to be replaced by more widely dispersed forests and grasslands, causing our ancestors to make a transition from a tree-based lifestyle to a more land- based one. When food was scarce on the ground, these apes began to consume the rotting, fermented fruit that fell onto the forest floor. Those who were not able to digest the fermented fruit were likely to have gotten sick or drunk and less effective at defending their territory or finding more food. Those who could digest the ethanol passed the drinking gene on to their offspring.

The researchers arrived at this conclusion when studying the gene ADH4, which produces an enzyme to break down alcohol in the body. ADH4 enzymes are found in the stomachs, throats and tongues of primates. The researchers had hypothesised that the enzyme would not appear until the first alcohol was produced by early farmers, but were surprised to find it 10 million years earlier. According to the researchers, this perhaps explains why tree-dwelling orang-utans still cannot metabolise alcohol, while humans, chimps and gorillas can.