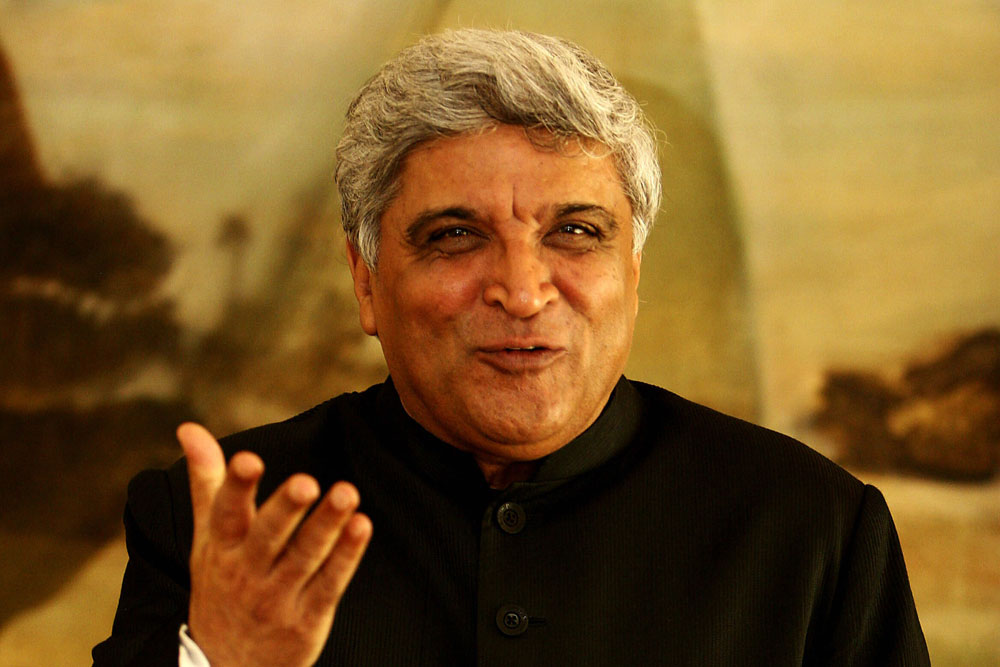 You don’t have to be a Javed Akhtar watcher to realize one remarkable thing about him: he changes colours like a chameleon. And such people need to be called out. They rub shoulders with the high and mighty as fair weather friends and speak and act with dishonesty. Of course, duplicity is no mortal crime, but a moral one. Selling empty talk as forthrightness deserves ridicule.

Ahead of the 2007 Gujarat assembly elections, this noted Bollywood lyricist had reportedly coined the expression, ‘Maut ka Saudagar’, for Congress president Sonia Gandhi to describe then state chief minister Narendra Modi. It was an ill-fated campaign for the Congress; the slogan didn’t go down well with Gujjus. When he was asked if he was the one who fathered those pithy words to sum up Modi’s political credentials, Akhtar had said no. But he also disclosed that he would have gone for a sharper phrase to trash the current Prime Minister. In those days when the Congress was in power at the Centre, Akhtar’s dislike for Modi was as famous as it was contagious.

Year 2016 is another year and another time in India’s history, especially so, it seems, for Akhtar. Giving his farewell speech in the Rajya Sabha, Akhtar attacked Lok Sabha member Asaduddin Owaisi over the latter’s view that he would not chant the slogan, Bharat Mata ki Jai – the three-time MP from Hyderabad had said so in response to RSS chief Mohan Bhagwat’s assertion that young Indians must be taught to chant it. You don’t need to be a fan of Owaisi, leader of the All India Majlis-e-Ittehadul Muslimeen (AIMIM), to sense the rhetoric in his riposte. Too much is being attributed to his typical deliveries that often border on the hyperbolic. Akhtar spoke as if Owaisi’s remark was a personal insult and lashed out at a leader who — unlike him — is an elected member of Parliament. “There is one leader, who is not a national leader, not even a state leader but a mohalla leader of Hyderabad,” Akhtar roared.

Sigmund Freud had said of opportunism, “It only too often yields to the temptation to become sycophantic, opportunist and lying, like a politician who sees the truth but wants to keep his place in popular favour.” For all his self-confessed atheism and rationalism, Akhtar spoke in the Upper House like a believer whose god’s good name was besmirched, as if it is a crime to even ask why does one need to chant Bharat Mata ki Jai to prove one’s patriotism. This is the same vigour we saw in 2009 when Akhtar had launched into a tirade against Sri Sri Ravisankar at a high-level conclave of the rich and famous. He had said, “Sir, it is not enough to teach the rich how to breathe. It is the rich man’s recreation. It is the hypocrites’ pretension. It is a mischievous deception. And you know that in the Oxford dictionary, mischievous deception is a term that issued for a word, and that word is hoax.” His hubris, at a time when his friends from the Congress were in power, was inescapable.

Mischievous deception, well, is nobody’s monopoly. The Congress party proved it in the Maharashtra assembly by demanding the suspension of an AIMIM legislator who refused to chant Bharat Mata ki Jai while a ruling BJP minister would have settled for an apology. Ideology has now emerged as the great fault line of Indian politics, and Akhtar seems to have seen an opportunity there to please his friends in the ruling dispensation. Dear sir, it is not enough to write dialogues and songs that uphold principles. There are many words in the lexicon that explain your demeanour, the kindest being opportunism.