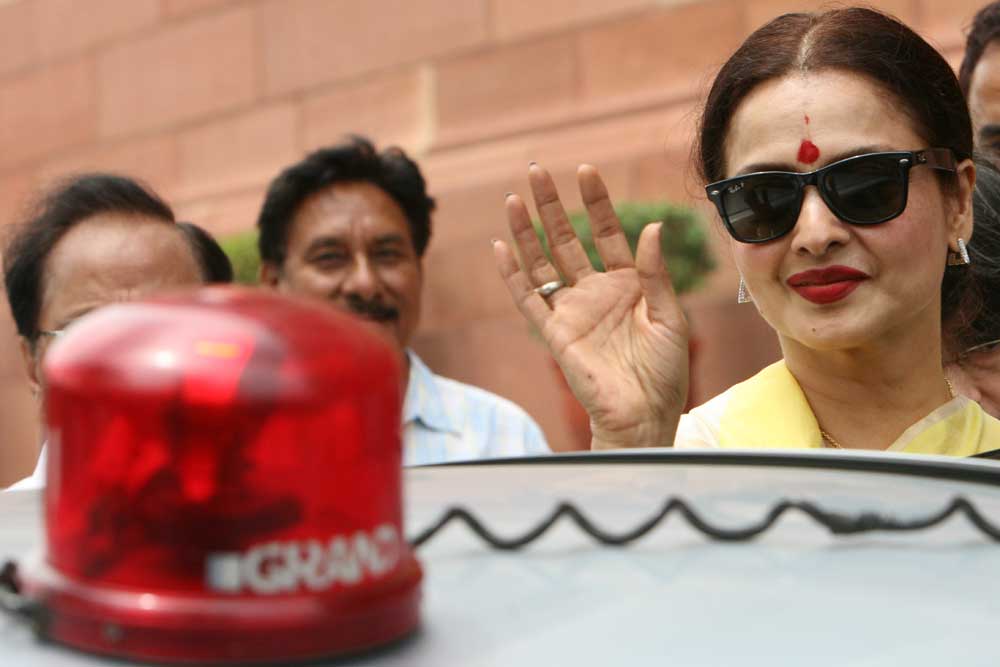 SACHIN TENDULKAR IS a Member of Parliament now, and, presumably, as a representative of the public (as against someone adulated by them, which is a one-way relationship), he is expected to weigh in on issues concerning society. Or at least do so in areas that he has some expertise, like sports. What have you heard from him in Parliament as the BCCI is being radically forced to reform by the Supreme Court? Nothing, and that is because you don’t see him often in the Rajya Sabha. His attendance is 8 per cent.

You would think that is a number hard to beat, but there is someone even less interested. The actress Rekha clocked just 5 per cent attendance, which probably means a couple of days every session, just enough to smell the Delhi air and hurry back to the confines of Mumbai. This disdain for what has been given to them is not a celebrity problem because Kirron Kher has the highest attendance, according to PRS Legislative Research, and many others have attendance in an acceptable 60-70 per cent range. But there are laggards too, like Hema Malini with 37 per cent, which looks like a lot in comparison to Rekha but would get her rusticated from a college if she were a student.

Would Rekha come for only 5 per cent of a shooting schedule? Would Tendulkar play only 8 per cent of a match? They have never ever done so, at least not for years in a row. A Rajya Sabha seat, on the other hand, is just a hobby for them, like the numerous toys that children collect and then get bored of almost instantly.

Being an actor is a great stepping stone to public life. In Tamil Nadu, those in the film industry have shaped its politics for generations. They are serious about it. It is not a part-time endeavour or something to add to one’s resume in competition with other actors who managed to swing a Rajya Sabha seat. Even Bollywood has politicians like Shatrughan Sinha who have worked to create a political identity. And it would even be alright to not come to Parliament at all if Rekha had got directly elected from a Lok Sabha constituency. Then the consequences of her commitment are left to those who voted for her—you get what you choose and you boot out who disappoint you. Like the actor Govinda, who disappeared from his constituency after being elected and then was wise enough to not contest again.

A Rajya Sabha nomination otherwise is a gift, often given to those symbolising the most shallow values of society: money and fame. Rekha’s sole qualification was being in a profession that connects her to millions. If genetics and environment had made her the best bus conductor of India, then no one would have offered her a Rajya Sabha seat. The minimum it should take to be given a nomination is integrity. In the absence of that, what is the value of anything got without effort?