Mama and a Boxer 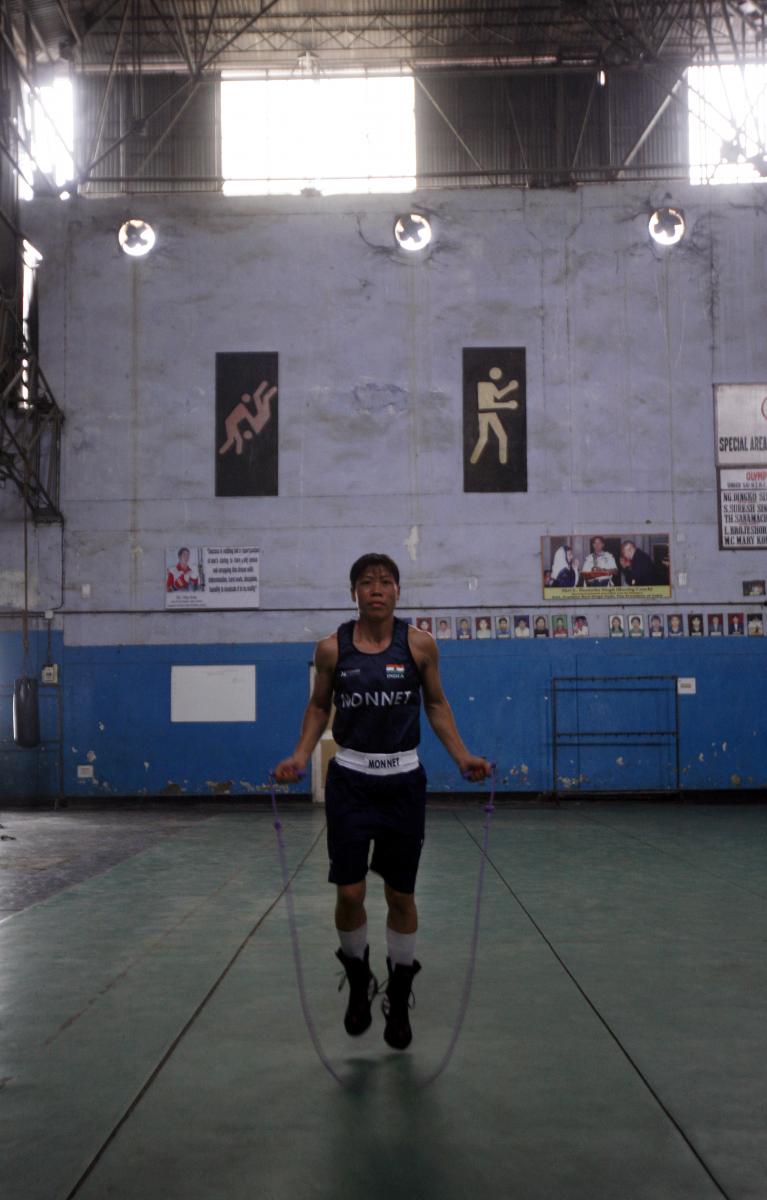 
Mary Kom earned her reputation as a boxer in the 46 kg and 48 kg categories. In the Olympics, she will have to fight in the tougher 51 kg category. She says she’s ready. In about a month from now, 5 August 2012 to be exact, Mary Kom will start the most serious quest of her sporting life—to win a medal in the London Olympics. After five world championship titles, Mary is now single-mindedly pursuing her goal to become the first female boxer from India to win an Olympic medal.

“I cannot guarantee the result, but I can guarantee my preparation,” she says. She has just finished her statutory 40 minute morning run. “I am prepared and will do all I can to win a medal for India. I had to move up two categories, from 46 kgto 48 kg, and now to the 51 kg category, to participate in the Olympics.

The boxer from Manipur is already a legend. Winner of five world championship titles and awarded the Rajiv Gandhi Khel Ratna in July 2009, she returned from a two-year sabbatical to take a shot at the Olympics. Women’s boxing had made it to the 2012 Olympics and Mary wanted the most coveted medal of all. In the interim, she had given birth to her twins. Since her comeback, she has done everything in her capacity to prepare herself for the Olympics.