In April 1950, Henri Cartier-Bresson shot some unforgettable images of Sri Aurobindo and the Mother, on exhibition now in Delhi 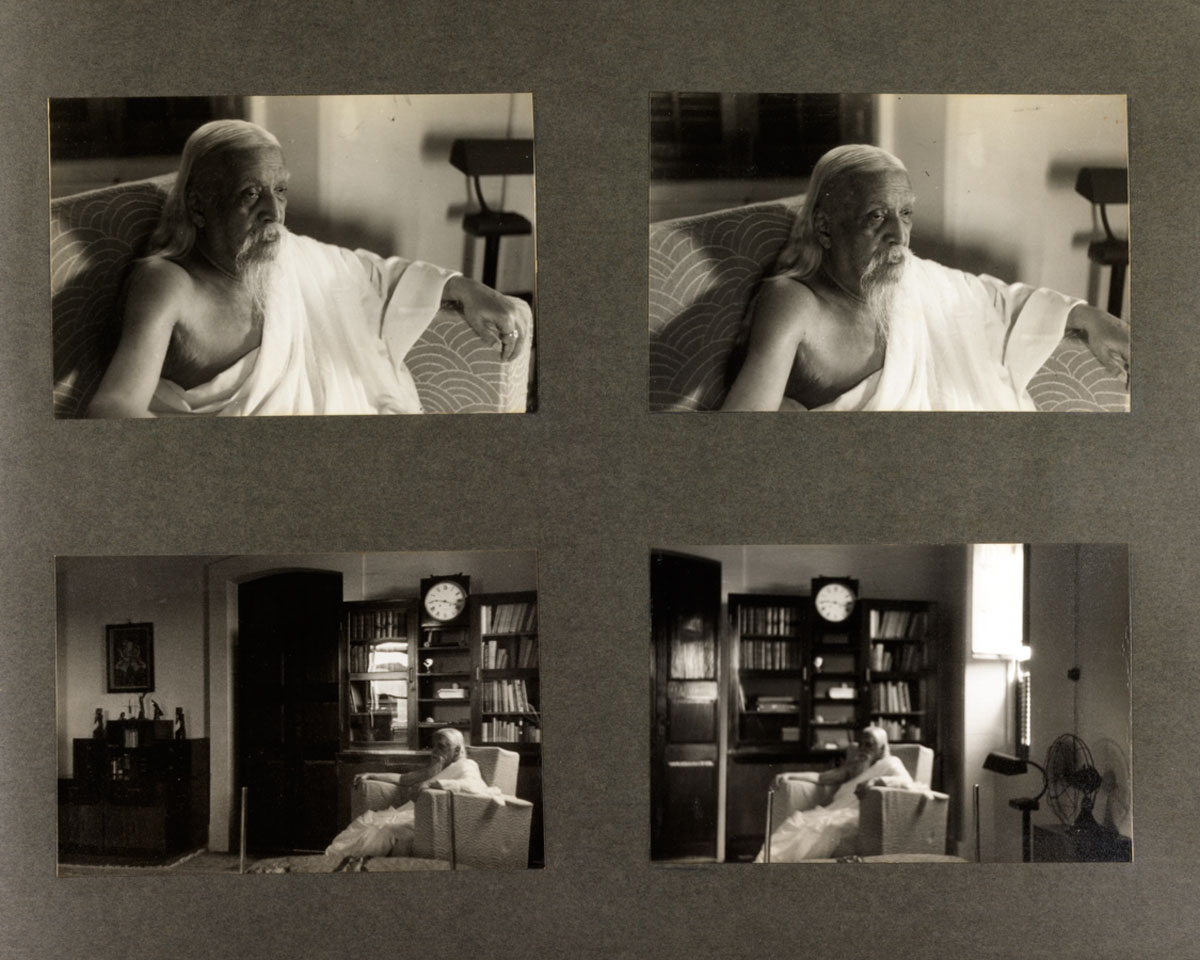 In April 1950, Henri Cartier-Bresson shot some unforgettable images of Sri Aurobindo and the Mother, on exhibition now in Delhi


Some months after founding Magnum Photos with Robert Capa, Werner Biscoe, David Seymour, Ernst Haas and George Rodger, Henri Cartier-Bresson came to the East. His photographs of Gandhi’s funeral in January 1948 won him an Overseas Press Club Award. On 13 April 1950, while he was in India, he wrote to the Sri Aurobindo Ashram from Madras. His letter was  addressed to the Ashram’s Secretary General, Philippe Barbier Saint-Hilaire, known as Pavitra. Bresson was already known as one of the world’s leading photographers in the Sri Aurobindo Ashram.

Introducing himself as a professional  photographer associated with Magnum Photos, Cartier-Bresson asked for permission to attend the darshan of 24 April 1950 and [put together a photographic report on life at the Ashram]. The next  day, 14 April, Cartier-Bresson was in Tiruvannamalai to see and photograph Bhagavan Ramana Maharshi. That very day at 8.47 pm in the evening, Sri Ramana attained mahasamadhi. Cartier-Bresson was on hand to photograph his funeral. Returning to Madras, he found a reply to his letter to the Ashram granting him permission to attend the darshan of the 24th and approving his request to create a photographic report [on the Ashram]. Cartier-Bresson arrived in Pondicherry on 23 April. According to his own account, he was introduced to the Mother by Francois Baron, the Commissarie (formerly Governor) of Pondicherry, which was still a French possession.

After a great deal of persuasion by the Mother, Sri Aurobindo agreed to be photographed by Bresson. One condition, however, was set down by the Mother—that they be surrounded by an ‘Artistic Shadow’, to reflect the atmosphere of this place of worship. In an audience with the Mother the following morning, Bresson firmly but gently explained that his photographs had so much artistic softness that not only would the pictures be a disappointment to the millions of faithful, but that his reputation as a portraitist was also at stake. The Mother finally allowed Cartier-Bresson to work in his own way. He had to promise, however, that he would submit all pictures for approval before publication. Alongside photographing Sri Aurobindo, Bresson also captured the Mother. The album shot by Bresson of Sri Aurobindo, the Mother, the Ashram and its people turned out to be of significant importance not only to devotees but also to documentary photography. [It had been 30 years since Sri Aurobindo was last photographed, and he] passed away seven months after this photo-shoot.

The Ashram made 50 copies of the Album containing a selection of these photos, signed by the Mother. The Mother had purchased all the negatives and prints from Bresson, paying professional charges of $3,000 to Magnum Photos Inc in 1951.

Extracted from Mastering the Lens: Before and After Cartier-Bresson in Pondicherry, published by Mapin Publishing Pvt Ltd and The Alkazi Collection of Photography. An exhibition by the same name will open at Alliance Francaise de Delhi on 15 September