The story of human touch in six animal chapters 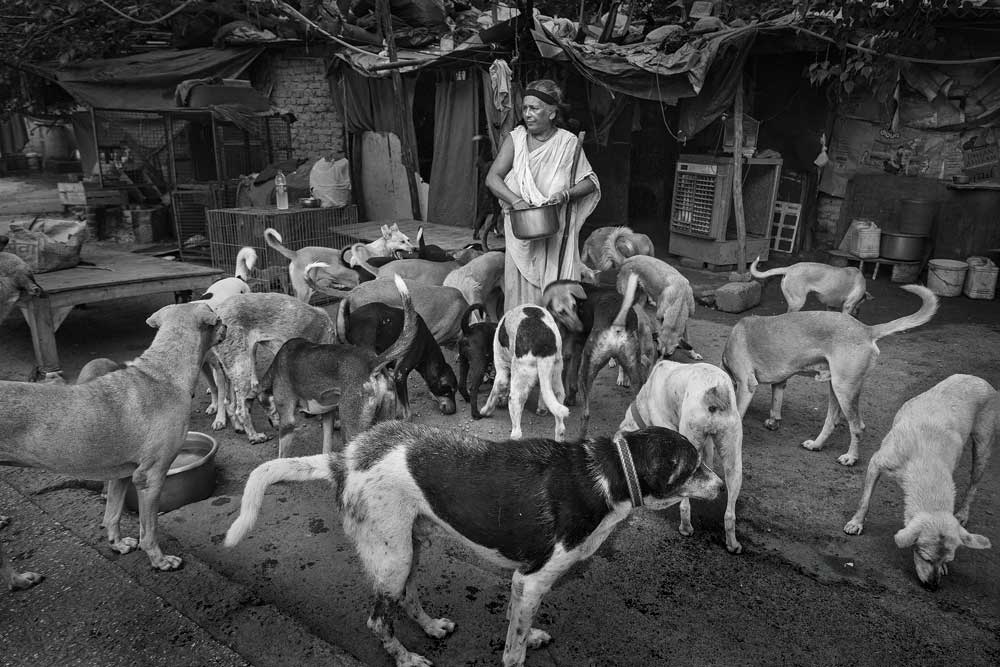 BEGAN ONE morning many years ago. Rina decided to put out a bowl of water on the windowsill of our bedroom for the noisy pigeons who woke us up at the crack of dawn. Soon we had so many birds sitting there that the number of bowls had to be increased. Then my daughter Rangita put out some more bowls on the windowsill of her bedroom too. Birds of many feathers began to flock our windows on the 24th floor of what was once famously known as the city’s first skyscraper.

Their thirst quenched, the pigeons now wanted something to eat. So they now decided to wake us up even earlier. This time we put out some grains for them. The crows were not very happy with that. So, through trial and error, we discovered that the crows loved Marie biscuits broken into bits. So we put those out too. They disappeared quicker than we could put them out. More and more crows came. So did parrots. Mynahs too. I never knew they could fly that high. But as much as we fed them, we felt more and more guilty. For there were always so many hungry birds still hanging around, waiting to be fed. And the window sill could accommodate just that much, no more.

Then we shifted residence. And today we have a smaller flat but with an entire garden of our own. So we feed them whenever we can, whenever they come.

Feeding the strays on the street happened almost around the same time. It started with Shabby, a beautiful terrier abandoned by her owners when they left India. She greyed over the years with age and dirt. Living on the street isn’t easy, particularly for a home bred pet, but Shabby was brave and we first noticed her because she chased every car that drove by, in the hope her owners would return one day to take her home. Months became years but no one came. Fortunately, over time, the strays on the street accepted her as one of their own. We could not bring her home because we already had a full house. So we started sharing our dinner with her and then, very soon, found it impossible to ignore her friends.

So along with Shabby, came Sadhu, Moti, Puchku, Raja, Dushtu and a few stray cats. One day, the watchmen protecting a patch of land near the income tax colony in the neighbourhood met Rina and Ishita, my younger daughter, and requested them to feed four pups that a stray had delivered on the patch. So they also joined our family dinner. Three of the pups died soon after, from snakebite. Only Bhujan survived. Plus we discovered Patch and three-legged Langdu from Pedder Road. And then there was Pippa, the pretty snail we found in Moti’s water pot who came home and settled next to a basil plant.

On her birthday a few years back, the kids gifted Rina snaps of our entire family. These included all of them and the three incumbents at home: snarling, surly Rani, 11, who I found outside my MP bungalow in Delhi, her head bashed in, brains hanging out; gentle Mowgli, 4, who Rangita brought home half-blind from a film shoot in Ooty, where she was living in the trees among monkeys; and tempestuous Mojo, barely 1, a Lab with hip displasia gifted to us by our neighbours. An entire wall in our bedroom is dedicated to them and the others who have passed on. Magic, a rescued pom from Crawford Market; Mogambo, an abandoned boxer; Mambo No 5, another stunning boxer, born in Rashtrapati Bhavan; Mystic, rescued from under a car; and Mischief the tomcat who challenged all of them and Rina. She ruled our home.

When our colleague at work, Bobbie, died, Candy and Sydney came home as well. But we were overbooked and had to give them away to Melissa who runs a shelter in Lonavla. Melissa left her Bandra home and settled in Lonavla, just to look after her many dogs. Even I had 42 rescued dogs once, in an ashram I built in Murbad. It was run by an old Englishman who I found abandoned near Kemps Corner, living under the bridge and begging for his meals. But the locals made his life miserable and one day he disappeared, no one knows where. So now I have given the shelter away to a tiny NGO who keep homeless dogs, cats, rabbits, rescued monkeys, abandoned horses and the occasional donkey there too.

Wherever I look today, I find so many animal NGOs coming up, and doing truly amazing work. These are people like you and me who have suddenly discovered that there is a world beyond our workaday lives waiting, just waiting to be found. No, you do not have to go to Borneo to fall in love with the apes. Or to Masai Mara to see the giraffes and the zebras. You do not have to go to any game sanctuary to see tigers and lions. You can experience the unabashed love that animals give you right where you are. All you have to do is walk out and make friends with them wherever you are. I am friends with all the dogs and cats (yes, cats too) all the way from where I live to Nariman Point where I go to work. If one of them is ailing, the others come and tell me. And I pick up a phone and talk to the NGO who I think can best treat them. And yes, you can do the same.

They are all waiting to be friends with you. Give them your love, your friendship, and if you can spare the time, a bit of food. It will make a great difference to their life and, trust me, yours. This planet will be a better place for it.

Just look around you. There’s hunger everywhere. Strays roam the streets, scrummaging for leftovers. Hungry cows die eating plastic. Weary horses collapse, unable to pull their Victorias any more. One fell off a flyover the other day. Monkeys trudge all day long, tied to a rope, begging for alms. Sick, emaciated bullocks pull overburdened carts. Once majestic camels now lie sick and dying in dark corners of our beaches. Elephants beg for food outside our temples. It’s a sad, pitiful sight. Go to any circus pitched in the city in winter and see those once proud beasts cowering in captivity, just skin and bones, their eyes full of hunger, pain and helplessness. So, next time you throw away food or waste it, think of them. Think of what they have to do to get their next meal. Help them if you can. Feed them.

And give them love, friendship, care. It’s easy. Try it.
It makes you feel like God, the power to make others happy.