The State as Vandal 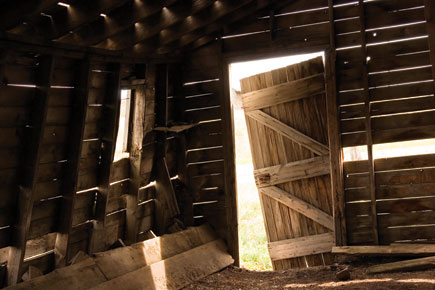 
29 March was an unforgettable day for the residents of Karimnagar town in Andhra Pradesh. Municipal authorities swarmed their houses, unhinged the main doors and windows and took them away. The reason: they had failed to pay property taxes exceeding Rs 25,000. Tax inspectors came armed with court orders and policemen in tow.

While doors and windows were removed from 170 houses in Karimnagar, the authorities targeted 230 residents in the neighbouring town of Warangal. Earlier, the civic body in both Telangana towns used to disconnect municipal water supply to such houses, but they found, to their chagrin, that the residents were coping well. One explains: “Piped potable water was in any case supplied only once a week and that too for under an hour. We would fill up at the community tap.”

Authorities then made another attempt. They barged into houses and confiscated portable electronic appliances, such as mixers, grinders, and table fans. They even took away refrigerators, coolers and stoves in some cases. But few bothered to pay up and get their appliances released. They also received flak from human rights’ organisations for such action.

With little funds for development works, a desperate Andhra government set itself an ambitious target of collecting Rs 3,000 crore a year in property taxes from all municipal areas from 2005. AP municipal minister M Mahidhar Reddy says, “But we were disappointed that hardly a handful came and paid.”

As the dues mounted and default-ers escaped through back doors when inspectors visited, the municipal body decided on something more drastic. They toyed with the idea of  blocking sewage connect-ions, but it could not be done without affecting other houses in the lane. They say removing doors and windows has been a masterstroke, as people immediately come and pay up. But who would be responsible if the houses are burgled? “We take enough care to alert neighbours… We know for sure the owners are lurking nearby,” says an inspector.

The courts support these measures. Warangal municipal commissioner Sameer Sharma says, “We try to be very patient and lenient but we cannot keep quiet for dues that are over 5-10 years old.”