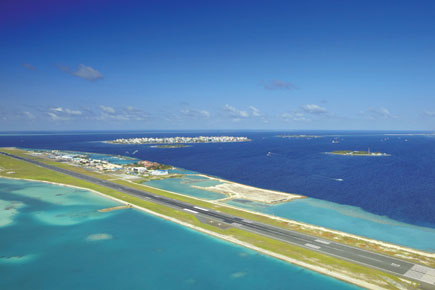 
The Maldives government recently terminated a Male airport modernisation project that had been handed over to a consortium headed by Bangalore-based GMR in 2010. According to the government, the $500 million contract was ‘void’ and signed under ‘dubious’ conditions. The consortium had won the bid to build and operate the airport for 25 years, which could further be extended by another 10 years, during the previous regime of President Mohamed Nasheed.

On 7 February, Nasheed was forced out of government. This was the culmination of a series of protests against rising commodity prices and an economic downturn. The new government claims that the deal with GMR was not approved by Maldive’s parliament.

Despite stern warnings by the Indian Government that the fracas might lead to a souring of bilateral relations, the Maldivian government has made it clear that a state-run company will take over the project. It has also ignored a Singapore High Court ruling in favour of GMR. According to the 2010 contract, in case of any differences arising between the various parties, the law of either Singapore or the UK was to apply. The government has demanded that the firm vacate the airport premises by 8 December, but so far GMR has refused to budge.

The airport development charge of $25 and passenger insurance surcharge of $2 per passenger that GMR was to levy from 1 January this year is believed to be the bone of contention between the two parties. In December last year, a local civil court had struck down this proposal. Thereafter, the previous regime had agreed to compensate GMR for the levy. But the new regime refused to compensate the sum, leading GMR to file a case for arbitration. According to GMR, the government owes the firm more than $3 million.