A question on his 18 August death anniversary: if Bose died, who was Gumnami Baba? 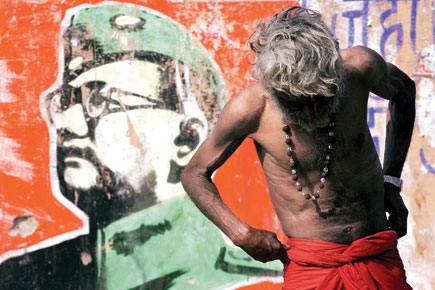 A question on his 18 August death anniversary: if Bose died, who was Gumnami Baba?


Sixty-five years after a plane crash in Taiwan allegedly killed Subhash Chandra Bose on 18 August 1945, a select few still believe that Bose survived and returned to India. An even more select believe that he died in 1988 in Faizabad, as ‘Gumnami Baba’.

According to Anuj Dhar, author of the book Back from Dead: Inside the Subhash Bose Mystery, there are three broad theories surrounding Netaji’s fate. The first is the official one: he perished in the air crash. The second is that he escaped to Russia, where he was later killed under Stalin’s rule by the Indian Government. The third theory is the one that has caught the public and media’s imagination the most. From Russia, Netaji secretly returned to India, and lived here under cover.

Various babas were suspected to be Netaji. The possibility of Netaji living in Cooch Bihar as a certain Shardanand Baba was even discussed in Parliament. But Anuj Dhar believes that Shardanand Baba was a ploy by the Indian intelligence to distract us from the real Netaji. Justice Mukherjee, the man who chaired the Government-instituted inquiry into Bose’s mysterious death, was caught making a candid confession on camera.
He believed Netaji to have lived in India as a man unimaginatively called Gumnami Baba.

People describe Gumnami Baba as a tall, fair man who was hesitant to show his face or share his handwriting. Many high profile people visited him at night. According to Anuj Dhar, these included Leela Roy, someone who had a personal bond with Bose for decades, and Professor Samar Guha, an MP.

When Gumnami Baba died, local media reports claimed that he was Netaji. Lalita Bose, Netaji’s niece, visited Faizabad and moved court to seize the dead man’s belongings for investigation. She believed the Baba’s handwriting matched her uncle’s. And so do the findings of a handwriting expert
hired by the Hindustan Times to enquire into Netaji’s death.

The Government also conducted a DNA test on teeth recovered from the Baba’s room. One report was inconclusive and the other didn’t match. Hence, in the absence of conclusive evidence, the mystery of Netaji’s death is a conspiracy theorist’s wet dream.