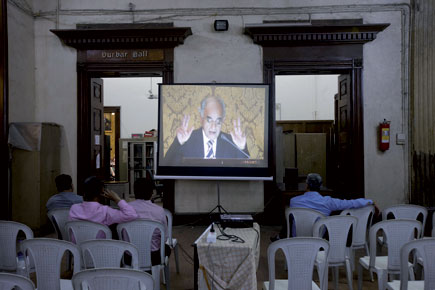 
One evening in the last week of January, wading against the tide of humans retreating from south Mumbai, about 150 people gathered at the Central Library. The crowd largely comprised those in their twilight years: bespectacled men in loose shirts and women with bob cuts. Joining them was their comrade- in-age, the 70-year-old Gurcharan Das, who delivered a talk on the evolution of desire.

Long hailed as a ‘public intellectual’, Das could sense the dissonance between his age and the topic at hand. But he had an explanation ready. “You might say it is an odd time in one’s life to embark on a project that one ought to tackle when one is younger,” he said. “But I reckon that a person at the unlikely age of 70 might also have something to offer as he looks back at his life, or what his life might have been.”

“Modern marriage combines three idealistic ideas: love, sex and family, which makes distinctive but unreasonable demands on the couple. In pre-modern times, men satisfied the three needs of marriage via three different individuals: the wife gave birth to children, a lover fulfilled one’s romantic needs and an accomplished prostitute was always there for great sex. This division of labour,” he said, taking a pause to accommodate the titters, “served men and the classes well.”

Making a liberal case for the difficulty of fidelity, he won himself rousing applause. The pontificator certainly did touch chords. A 75-year- old sitting beside me said between claps, “I wish I were 25 now.”