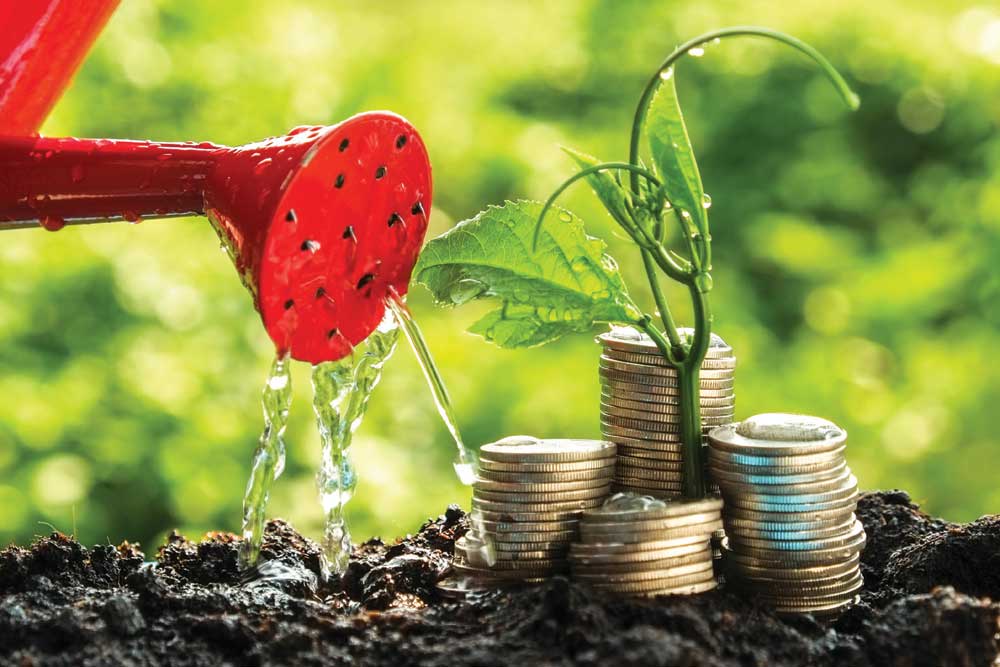 India is a diversified finance market driven by consumer sentiment and investment in retail assets. When we talk of consumerism, it can be perceived largely in context of asset buying. Indian investment growth has been propelled by the economic growth; which meant more disposable income on one hand and adapting to a lifestyle on the other. Caught between the paradox situation of rising inflation and new means of economic spending; there was a definite change happening in context of financial investments. People were investing in all forms to secure their future, for their loved ones or have a post-retirement lifestyle on their own terms. This led to change in the fundamental approach towards savings to investment. People were gradually becoming more financial literate, knowing exactly where to invest.

India has a large base of population, so there are diversified financial needs. This has led to a resurgence of activity in traditional modes of investments. Such as investment in buying home by younger generation, and across India. The whole real estate sector growth led to smaller financial entities entering the semi-urban and rural areas to tap the growing potential there. Besides, an aspirational middle-class economy of India emerged, which wanted to possess all the luxury they can really afford.

It won’t be an exaggeration to say that with changing times, the consumer has become more open-minded towards investment. Housing as an asset presents a wider financial services outlook, with affordable housing options gaining traction. In between lies all that is required to secure an aspirational lifestyle, for present and future both.

While customers are also investing using other financial instruments, we pick up two topics here; that have led to a growth in financial services sector. We do an in-depth analysis of home loan returns, other credit options for buying a property, and of course, how this has propelled the growth in real estate. Car buyers, who desire and long luxury, have multiple options now.

A home loan is not a liability anymore

The real estate industry has seen a sluggish growth due to an economic slowdown, which in turn meant real estate economy stakeholders facing a challenging time. There was a crisis situation evident, where many projects were built, but remained unsold. Add to it, the increasing pressure on the builders by a rising consumer sentiment to ‘deliver on time’ or face legal consequences. Amid all this, banks grew at a rate of 19 per cent during FY2016. This was achieved by offering better rates, increased retail focus and balance transfers of existing home loans.

The Government of India has devised a plan, ‘Housing for All’, under which 20 million homes for the urban poor will be provided by 2022. Meanwhile, RBI increased the lending amount value for banks to give to the home loan borrowers in December 2015. It allowed a loan-to-value ratio (LTV) of up to 90 per cent for home loans of Rs 30 lakh or less; up from the earlier criteria of Rs 20 lakh. LTV is 80 per cent for home loan value above Rs 30 lakh.

What does this mean for the consumer?

1. With a high capacity to borrow, the consumer can expect to buy his dream home based on certain protocols to comprehend beforehand. One is a bigger loan would imply a higher EMI. Second, don’t buy a home at a price which is more than twice your total gross annual household income

2. Your loan application will be reviewed on the basis of your existing EMI and its proportion to your total income. Usually, your EMI-to-income ratio should not be more than 50 per cent

3. Make sure your CIBIL score is right. It is advisable to clear all your loan payments, credit card payments, car loans etc, to achieve a CIBIL score of 700 and above, before applying for a loan

4. While choosing the tenure for your EMIs, it is also wise to consider the total interest you will be paying. If you look at the EMI chart, the bank levies a higher rate of interest in the first 5-7 years. If you pay the complete loan after 7 years, for example, then you have already paid the interest and will end up paying only the principal amount, which will not give you the advantage of saving the interest money

5. No charges are levied on refinancing your home loan or balance of transfer of home loans

6. For tax benefit on joint loans, both the borrowers are entitled to a rebate of Rs 2 lakh each. It is important to seek professional help of a chartered accountant in this case, as your office administration might debate that a tax rebate of Rs 1 lakh each will apply to the joint loan holders

The housing credit growth was witnessed by both banks and Housing Finance Companies (HFCs). Growth in HFCs was further characterized by small entrants in the segment. They were focused on financing affordable housing schemes, and tapping selfemployed and new borrowers. Buying home was also being considered actively in Tier II/III cities.

With the government also laying focus on the affordable housing on providing loan access in rural and semi-urban areas. These areas are usually under-banked and present a ready opportunity. A widespread population base supplemented by growth in income and rapid urbanization, pushed the consumer home loan segment. This lucrative market also attracted large housing corporations.

New borrowers were charged a low interest rate. They were also offered incentives like lower processing charges. In addition, there were no prepayment penalties attached. Targeted campaigns were launched to include the age group of 18 and 25 years.

There was a lot of consumer action happening on the ground. Frustrated buyers expressed their agitation on the streets. Grievances of home buyers, like a family required to pay hefty rent and a hefty EMI together was in the spotlight. There were cases where the home buyers moved to their owned house, even when full amenities like a lift was not in place. There were also allegations that mass advertising through different channels have misled the buyers. A strong case in point was when a big real estate developer was brought into the limelight by flat owners for building floors above the permitted level. The case was brought to attention by the owners of the house in the same building and its fate hangs in balance now.

The real estate bill was introduced to bring transparency in home-buying transactions to the core.

1. A state real estate regulatory body was formulated as a government representative to deal with consumer grievances

2. More importantly, the project developer is required to park 70 per cent of the funds collected through booked amount in a Central bank account. This was done to stop the business temptation to recycle funds in new projects

3. Now, the buyers will pay only for the carpet area, leaving no ambiguity on the matter

4. For a delay in the project, the developer will be legally bound to pay the EMI paid by the consumers back to them segment, HFCs are largely focused

5. The concept of after-sales service has been incorporated, if any deficiency is noted by the consumer

6. The Developer is not allowed to make any changes in the project plan without the consent of all the buyers as this will be viewed as a money extraction allegation legally now.

The middle-class consumer is no longer willing to keep an entry-level car, but has an aspiration to drive home a sedan or a luxury car. Flexible EMI options made this dream a reality, with most households in metro cities now keeping a garage space for 2-3 cars. However, there is a rider attached to this whole formula of having more than one car – which is the maintenance, besides affordability of a BMW or an Audi for example. This alone led to a resurgence of sorts for used cars in India. Certified used cars sold by branded dealers is the new norm to buy your dream car now.

If we look a bit deeper into the demand of the used cars, we realize that there is a wider opportunity for banks to provide loans. On the contrary, the finance market had an adverse reaction towards this growing market opportunity initially. Banks were apprehensive of sanctioning loans for used cars as they are not sure about the condition of the cars. The prime reason being limited information about the car condition. However, it was a recently that used cars market was completely fragmented and unorganized market. Today, leading banks of India have partnered with branded dealers for pre-owned cars. There is now an ecosystem leveraging benefits of an organised retail network for second-hand cars. There is a warranty for your purchase, best prices, credibility, transparency and, more importantly, easy access to loans.

“Used-car sales volumes have grown at a CAGR (compounded annual growth rate) of about 15 per cent over the past five years till 2014-15. Although the ratio of sales of used cars to new cars in India has risen over the years, it is still lower than the 3:1 norm that is typical of mature markets like the US and Europe, indicating potential for further growth,” added CRISIL.