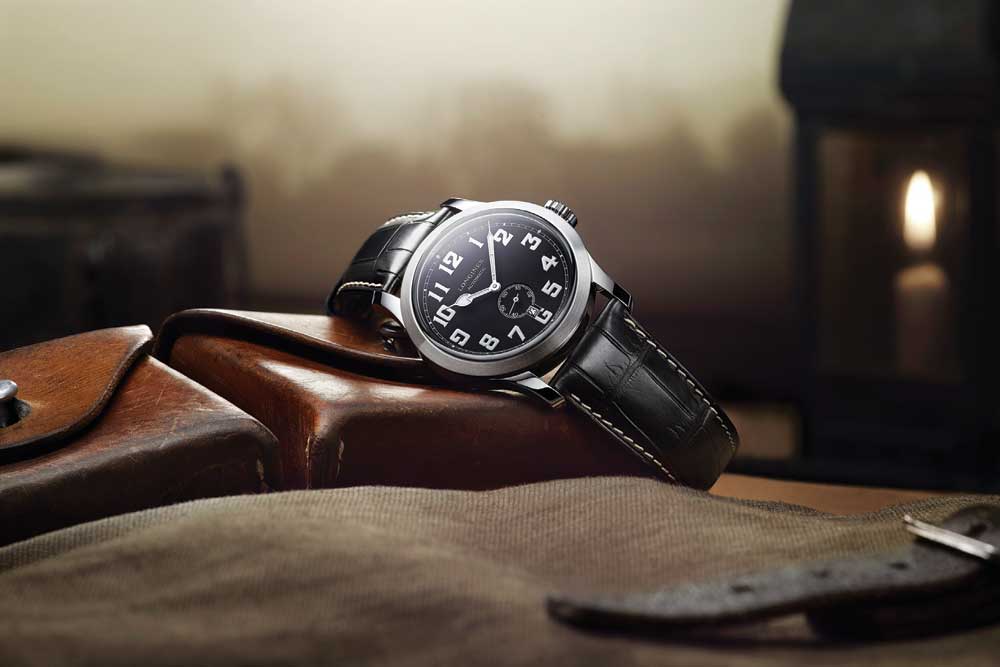 Swiss watchmaker Longines blends history and imagination in the design of this watch, influenced by army aesthetics. Giving a fresh cast to the lines of a dial used regularly in the brand’s early 20th century timepieces, the Longines Heritage Military displays elegant restraint that is resolutely modern. The 12 large Arabic numerals adorning the matt black dial make it easy to tell the time at a glance.

Longines is expanding its Heritage collection with this impressively distinctive watch. The charismatic man who wears the Longines Heritage Military draws many admiring glances to his wrist, secure in the knowledge that its great aesthetics do not come at the cost of reliability. Both qualities are cornerstones of the winged hourglass brand, which draws on a rich legacy with this design, derived from a 1918 watch from the Longines Museum’s historical collection at the company’s Saint-Imier headquarters.

While the Longines Heritage Military echoes the disciplined, robust design of military watches, it also showcases the brand’s watchmaking expertise brilliantly. Its satin-brushed case, complemented with a fluted crown, guarantees a timeless appeal. The matt black dial is adorned with 12 large painted Arabic numerals coated with Super-LumiNova®. Combined with elegant “Breguet”-type hands and a train track chapter ring, they ensure the dial can be easily read even in conditions of poor visibility.

The Longines Heritage Military 44 mm steel case houses a self-winding L615.3 calibre with a 42-hour power reserve. The small seconds and the date aperture are positioned at 6 o’clock. An elegant black alligatorskin strap brings the finishing touch of aesthetic perfection.