Fantasy and realism meet in this debut to mixed effect 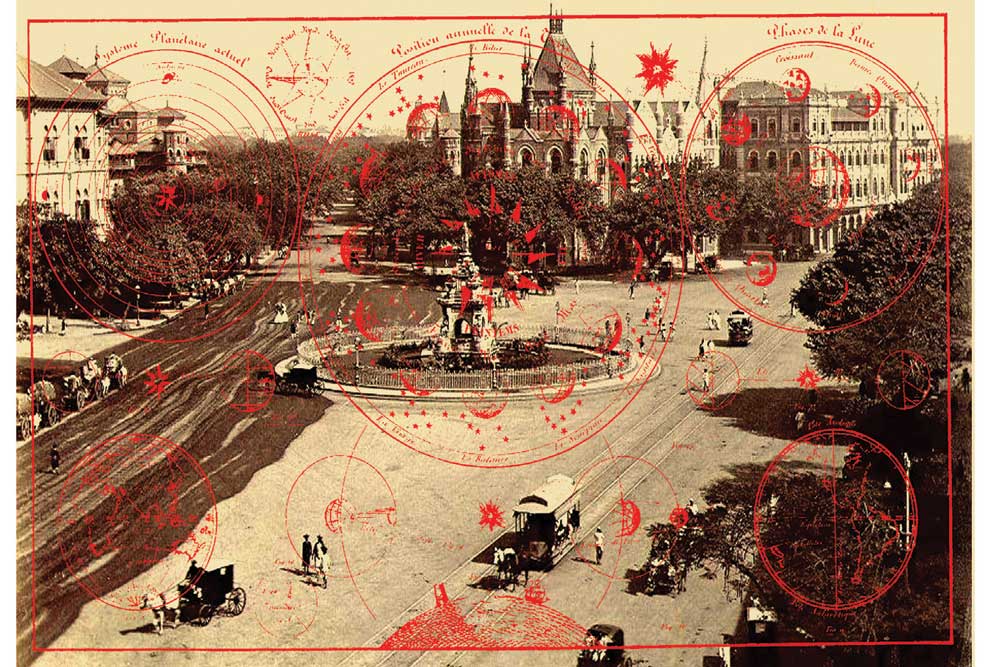 TASHAN MEHTA’S DEBUT novel The Liar’s Weave is set in a world much like ours, with one key difference: at age 18, people are given their birth-charts, which accurately reveal their futures. Understandably, this creates a division between the ‘fortunates’ and the ‘ill-fated’. But which, if either, category does the book’s protagonist Zahan Merchant belong to?

Born into a Parsi family in 1904, Zahan realises as a child that he has the gift (if that’s what it is) of creating alternate realities simply by lying about things: for instance, when he accidentally breaks a pot and doesn’t tell anyone, others still see the object intact. Naturally, this sort of thing throws a spanner into the idea of predestination. Perplexed by Zahan’s indecipherable birth-chart, an astrologer named Narayan Tarachand— founder of an Association which is in an uneasy relationship with the dominant Sapta Puri universities—keeps an eye on the boy from a distance.

Another narrative thread involves a carnivorous jungle called Vidroha—described as being in Bombay, though really a parallel realm—where the hatadaiva or ill-fated dwell. When Zahan and his friend Porthos gain access to this dizzying space, the stage is set for chapters where Mehta seems to be having the most fun as a writer. The teenagers slowly begin to understand the rules—how to negotiate an intricate thread castle, for instance, or how to behave at a death feast—and Zahan wonders if he should exercise some of his own powers.

There are many reasons to admire The Liar’s Weave, starting with the fact that a first-time novelist has even attempted something this bold and ambitious. Mehta blends genres, taking the familiar fantasy trope of the young hero with a nebulous destiny, and setting it in an India of religious leaders with Godlike status, who play power games even as the country’s freedom movement builds in the background. And the basic premise echoes our own world, where many people find themselves defined or limited at birth—by religion, caste, gender, parental expectations—and then set along what seems a pre-ordained path: do this, don’t do that, become this.

I had two main issues with the book, though. The first is a very good problem for a young writer to have, since it is rooted in an abundance of imagination and nervous energy: too many characters and subplots come at us too quickly. You might find yourself going back to earlier pages to get your bearings—what exactly is Jia’s function in the mystical forest? Does Krishna work for the Association or the Universities? And on at least one occasion, careless copy-editing complicates things for a reader who pays attention to details: a meeting that takes place in October 1920 (and is a direct continuation of events from an earlier passage) is dated ‘March 1920’—an avoidable lapse in a story where you can’t take chronology for granted.

The second, and bigger, issue is that the writing gets ponderous at times. The characters—Tarachand and his associates, or the denizens of Vidroha— solemnly say things that seem Imbued with Meaning. (‘A birth chart ambers the sky in a single moment and interprets your life from the residue. This is all you get with the sky. But the nerve reads you at any point. It recognizes you; you are both of the same clay.’) The narrative seems forever building up to something very important, without quite getting there. The occasional mentions of real-life events such as theJallianwala Bagh massacre are interesting at first, but eventually come to seem like token efforts to make period references rather than as being intrinsic to this narrative.

The pace does pick up in the final stretch, with a surprise disclosure, as Zahan must fully face up to something he has done—but this only made me realise that there wasn’t enough of Zahan in the book; that his unusual gift and its practical applications could have been explored more fully. Still, the ending suggests that a sequel or series might be on the way. If so, there’s time yet for Mehta to make things more focused.