The new Nobel laureate Louise Glück’s poetry is infused with desire and trauma, the processes of ordeal and healing 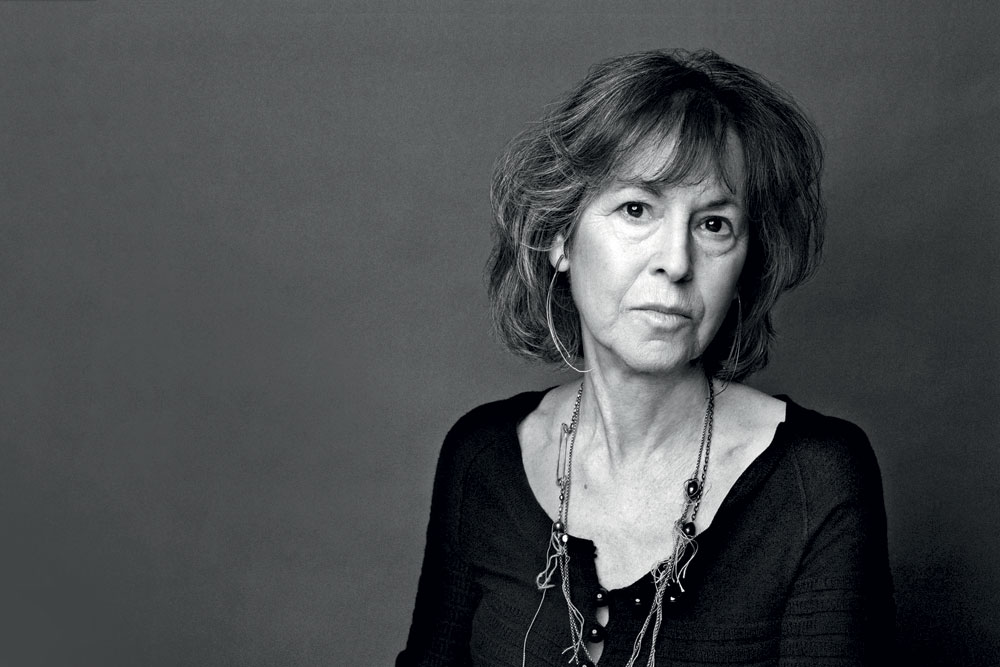 
I REMEMBER, AS IF it was yesterday, the electric experience of hearing Louise Glück read from her poetry, exactly 25 years ago this month, at the University of Iowa’s Shambaugh Auditorium. I recall her voice, dwelling on the moments of exhilaration and self-doubt that recur in her 1992 collection, The Wild Iris, with its lavish evocations of the natural world and the hesitancies of the human individual at large in that world, shuttling between intimacy and grandeur of scale. As in ‘Lullaby’:

Listen to my breathing, your own breathing
like the fireflies, each small breath
a flare in which the world appears.

I recall her voice, invoking the figures of Orpheus and Eurydice, the life-changing descent into dark valleys and reading in plangent cadences some of the poems that would appear in Meadowlands (1996) and Vita Nova (1999). Consider these resonant lines from ‘Lute Song’:

I made a harp of disaster
to perpetuate the beauty of my last love.
Yet my anguish, such as it is,
remains the struggle for form…

The four poets to whose work I found myself most drawn, and which I found profoundly important, as a poet in my twenties, were all American women poets: Adrienne Rich, Sharon Olds, Jorie Graham, and Louise Glück. What attracted me to their work was precisely that ‘struggle for form’, that hard-won yet magical convergence of the vicissitudes of personal, often disorienting experience and the coherence-giving structures of poetic utterance. Their political situations were not my political situation, their locations were not my location, their gender positions were not my gender position. And yet, they spoke to me with intensity through their commitment to crafting a subjectivity from diverse materials, cutting against the grain of prevailing social, cultural, and literary ascendancies. They offered vivid examples of poetic practice through their experimental poetics, each of them revolutionising the lyric poem, opening up its horizons, expanding its affective potentialities beyond the narrow confessional ‘I’, nourishing it with nutrients drawn from other languages and literatures, improvising and drawing it beyond the personal, to embrace larger psychic and social predicaments.

BORN IN NEW YORK City in 1943, while World War II raged on and the US had mobilised itself on multiple fronts, Glück grew up in an era of dramatic changes, through the 1950s and 1960s. Her family origins lie in the early 20th-century Ashkenazi Jewish diaspora from Eastern Europe. Her mother, Beatrice Grosby, was of Russian Jewish heritage; her father, Daniel Glück, was the son of Hungarian Jewish immigrants who joined his brother-in-law Sundel Doniger in a business enterprise. Among other products, they invented the high-precision X-Acto knife. This has struck many critics as a significant metaphor for Glück’s poetry: she takes a resolute and sometimes relentless scalpel to the complexities of the emotional life. In a stoic elegy for Dido, who is abandoned by her lover, the Trojan hero Aeneas, as he moves on to meet his historic destiny in Italy, Glück writes (‘The Queen of Carthage’):

Brutal to love,
more brutal to die.
And brutal beyond the reaches of justice
to die of love.

At the core of Glück’s poetry are the claims of desire and trauma, the processes of ordeal and healing, the imminent loss and redemptive transfiguration of the self. Revisiting the scenes of childhood and the simultaneously nurturing and constraining framework of the family, activating memories of love and sex, confronting the bleak reality of death, placing the drama of human life against the cycles of the seasons and plant life, Glück drafts and refashions a self that balances always between passion and regret. Across the arc of her published work, from Firstborn (1968) to Faithful and Virtuous Night (2014), she has sought to stabilise—or, at any rate, to bear witness to—the shifting relationship between the intelligence, oriented towards reflection and order, and the sensuous appetites, marked by their headlong, instinctual, self-annihilating revelry of pleasure and pain. In ‘The Sensual World’, she cautions her interlocutor, who might well be a younger self:

Your body will age, you will continue to need.
You will want the earth, then more of the earth—
Sublime, indifferent, it is present, it will not respond.
It is encompassing, it will not minister.
Meaning, it will feed you, it will ravish you,
it will not keep you alive.

Glück’s poetry is the ampersand between memoir and myth, dream and archetype, the self that negotiates street traffic and the self that makes the perilous journey into the netherworld in quest of illumination. In a 1999 essay, ‘The Culture of Healing’, collected into her volume of essays on poetry, American Originality (2017), she writes, ‘The poem is a revenge on loss, which has been forced to yield to a new form, a thing that hadn’t existed in the world before. The loss itself becomes, then, both addition and subtraction: without it, there would not have been this poem, this novel, this work in stone.’ She underwent psychoanalysis for a considerable period, in her youth, and regards it as a formative phase of individuation. From this apprenticeship to exploratory narrative-making, with its confusions and clarities, detours and epiphanies, she distils a strong awareness of our relationship to the pivotal, patterning stories of our lives. In a 1990 essay, ‘Fear of Happiness’, she identifies two features of such stories: first, that they possess a ‘durability’, which ‘distinguishes the archetypal from the anecdotal’, and second, that such stories ‘will offer a variety of possible centres of focus’, because they ‘possess a certain interior spaciousness within clear outlines, so that they seem, on reflection, at once copious and eternally unresolved’.

From this conviction flows the poet’s favoured strategy of translating and even transfiguring everyday, visceral experience into mythic templates. It is a strategy that has attracted a consistent measure of criticism, which has gathered force in a time and place, the early 21st-century US, where great store is set by the political particularity of identity as articulated through the prisms of gender, race, ethnicity, and sexual orientation, or through diasporic or immigrant legacies of hyphenation.

In defence of Glück’s approach, the distinguished literary critic Helen Vendler has written of how, in her poetry, ‘the lean shape of myth is the nakedness guaranteeing all stories’, and of how, through the cultivation of an aphoristic sensibility, she enunciates, without falling into a banal universalism, the primal destinies to which all humankind is heir. We hear this aphoristic voice, dwelling on the ephemerality of all that is precious, in such deeply moving lines as these, which occur in the poem, ‘From the Japanese’, in Glück’s 1985 collection, The Triumph of Achilles:

Why love what you will lose?
There is nothing else to love.

The Nobel Prize is the most recent in a stream of prestigious awards and accolades that Glück has received. She has received the National Endowment for the Arts Fellowship and the Guggenheim Fellowship for Creative Arts, the National Humanities Medal, the National Book Award, and the National Book Critics Circle Award. She has been honoured with the Bollingen Prize, the Pulitzer Prize for Poetry, the Wallace Stevens Award of the Academy of American Poets, and the Tranströmer Prize. During 2003-2004, she held the position of the United States Poet Laureate; or, to put it officially, the Consultant in Poetry to the Library of Congress.

Through it all, Glück has retained a vulnerability, a lingering sense of being poised at the edge of failure, and the need to armour herself against the world’s onslaughts. In the title essay of American Originality, she offers a striking critique of white America’s self-image as a pioneer culture shaping itself in terra nullius, inscribing its works on a tabula rasa. Emphasising how such a laudatory account leaves out Native Americans and African Americans, and their histories of oppression and suffering, she goes on to puncture its central assumption of bravado, its fundamental fiction of self-fashioning: ‘Under the brazen ‘I made up a self’ of the American myth, the sinister sotto voce, ‘I am a lie.’ And the liar wishes to elude: to elude judgement and censure, to avoid being caught. The literary art of our time mirrors the invented man’s anxiety; it also affirms it. You are a fraud, it seems to say. You don’t even know how to read. And for writers, this curious incomprehension, this being ahead of the time, linked as it is to affirmation, seems superficially engaging, as though ‘to understand’ meant ‘to exhaust’.’ This fear of having taken the wrong path, of having substituted accomplishment with a potentially lethal imposture, haunts poems like ‘The Reproach’:

All my life
I have worshipped the wrong gods.
When I watch the trees
on the other side,
the arrow in my heart
is like one of them,
swaying and quivering.

Glück opens a 2013 essay titled, strikingly, ‘On Revenge’, with a searingly candid self-disclosure, ‘When I was a child, I was enormously sensitive to slights; my definition of slights was as broad as my sensitivity was deep. I trust my memory on this point because the child I describe corresponds so exactly to the evolved adult. I was also, then as now, rigidly proud, unwilling to show hurt or admit need.’

With the passage of the decades, she reflects on how her childhood fantasies of triumph and the annihilation of enemies have given way to a more mellow acceptance that ‘my rivals and judges… have all been chastened and battered by time. Pity and fellow feeling have weakened vengefulness, or replaced it with a sense of collective, as opposed to hierarchical, experience, substituting an unexpected mildness and generosity for my earlier sternness and violence.’ She closes the essay with an unsettling problem, familiar to many poets who have spent the earlier phase of their careers battling real and imagined adversaries, corrosive critics and treacherous colleagues: ‘How to supply those energies that were, all my life, fed by the passion for revenge.’

In ‘A Village Life’, from the 2009 collection of the same name, she writes, in this autumnal spirit of retrospection, reconciling aspiration and circumstance in a loop of events:

When I was a bird, I believed I would be a man.
That’s the flute. And the horn answers,
when I was a man, I cried out to be a bird.
Then the music vanishes. And the secret it confides in me
vanishes also.