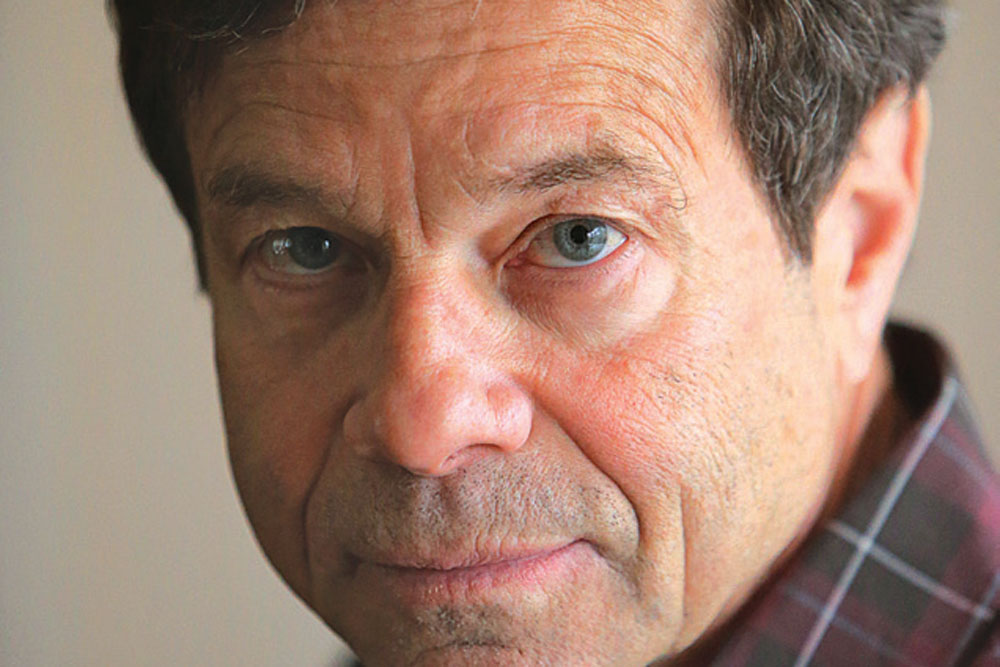 WHEN A SCIENTIST writes about God, his colleagues assume he is either over the hill or going bonkers—said Robert Jastrow, an American astronomer and the author of a 1978 book, God and The Astronomers. Alan Lightman, a theoretical physicist known in literary circles as the author of the famous book Einstein’s Dreams, has now brought out a collection of essays that are essentially ruminations on what lies beyond the infinite and infinitesimal.

A Harvard and Massachusetts Institute of Technology (MIT) professor, Lightman has always held a scientific view of the world from his teens and always sworn by the materiality and un-determinism (for example quantum mechanical perceptions) of the physical world revealed through science. However, lately, as the essays show, he has become concerned with an urge for the subjective aspects of reality gained through transcendental (religious) experiences, in contrast with scientific reductionism.

Searching for Stars on an Island in Maine is an exploration of the human tendency to believe in some absolute certainties like the concept of God. It elaborates humanity’s eternal quest for truth and meaning ever since we were cave dwellers. Cave drawings found in France dating back to 17,000 BCE hint that ancient people buried their dead with garments and food for their afterlife. The quest for absolutes and permanence still continues; it explains our belief in a life after death—a central exploitive theme of all religions.

The book starts with the author’s cave visit, and then prepares the ground for later discussions by going on to his personal Buddha-like revelations while gazing at the stars from a small boat on the open sea during one of his summer jaunts to his house on an island in Maine. In that reverie, he says, ‘My boat disappeared. My body disappeared. And I found myself falling into infinity.’ Those ancients of 17,000 BCE must have also looked up at the eternal starry skies with awe and longing. This is how the author’s explorations into our two parallel streams of existential aspirations launch the book: to explain the uncertain physical world and at the same time the allure of unchanging absolutes.

As a trained physicist, he interrogates himself as a scientist as well as a seeker of subjective spiritual insights. He even makes a confession: ‘I am a scientist, but I am not a swinging bob on a string.’ The use of ‘but’ rather than ‘and’ however, confuses the author’s stand. Lightman’s dilemma clearly comes through; although he insists on some kind of evidence ‘for all things I believe’, in reality he often seems to accept the subjective transcendental experiences unquestioningly. It is easy to discern where the sympathies of the author lie despite the proclamations on the efficacy of objective analysis—‘an article of faith’ of sorts in science. This stance amounts to saying that science will never be able to raise the curtain on the mystery of creation.

Quantum cosmologists like Stephen Hawking do not believe that the universe actually requires any cause, relieving God of any such responsibility. This answer, according to Lightman, is highly unsatisfying in the context of humanity’s quest for making sense of ‘this strange cosmos that we find ourselves in.’ Therefore, according to him such questions will remain in the domain of philosophy and religion. But why religion? One can remain wonder- struck about the universe without being religious. Einstein had always emphasised this secular sense of wonder, as mentioned in the book.

Although despite being repetitive and distractive at times, the book has a lyrical quality and it is intellectually rewarding. Lightman’s account, however, reads almost like a sad story. For a scientist who has lived by his faith in the power of reason, the story ends like a bad dream where a band of theologians like Augustine of Hippo, the fifth-century Christian theologian, takes over the stage. Being a scientist, he should have been more rigorous in assessing the subjective experiences and how the brain depending upon its inputs can trick us into believing something which is simply not there.