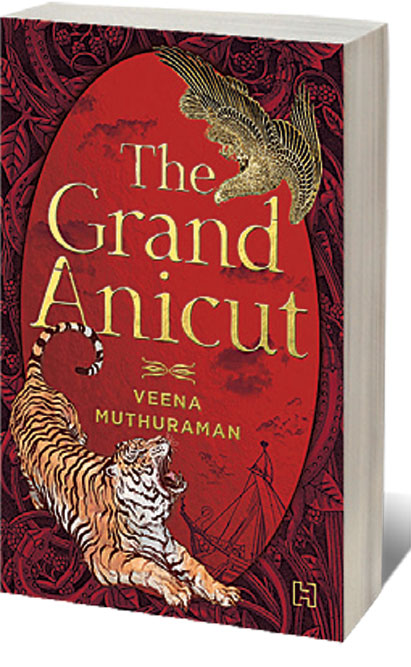 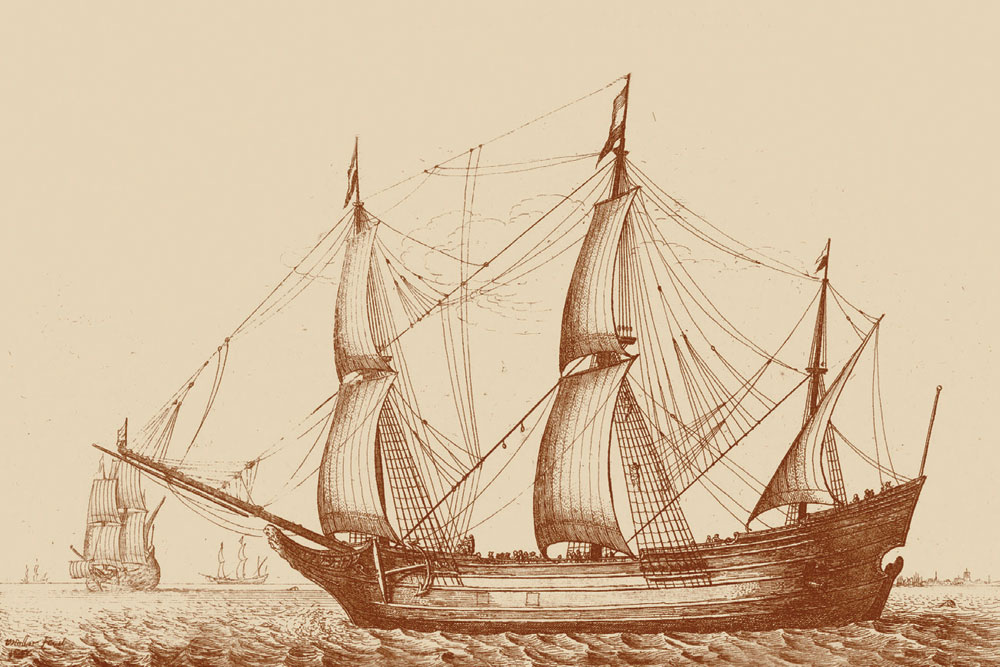 
THE GRAND ANICUT, Veena Muthuraman’s debut novel set in south India in the 1st century CE, is a fascinating romp through the Tamilakam terrain: literally, geographically and historically.

It’s the glorious post-war rule of the early Chola king, Karikala. (Not to be mixed up with the Chola of Ponniyin Selvan nine centuries after Karikala). Karikala has just crushed the Pandyas and seized the world sea-trade monopoly of the region. The Kallanai, the still-standing barrage in River Cauvery, an engineering and architectural marvel of unhewn stone, is being constructed. But the writer does not want to tell us about kings and wars. It’s the patricians and plebeians who live during this zenith of Indo-Roman ocean trade that take the story forward, etched dexterously on a sprawling canvas.

As the story opens, a young Roman merchant prince, Marcellus, sails into the port of the capital city Puhar in his ship, Minerva, ostensibly for leading the season’s trade, joining his compatriots in the city. The local merchant prince Vallavan has arrived back home with him. Marcellus has a secret mission, which is revealed only as the story gallops ahead. Others have secrets too, including the spectacular woman characters in the story. Kuzhali, the well-born and ambitious widow-with-brains, dresses up as a man for her business around town. Angavai, the hill woman wronged by history, is a trained bandit. Rajamma, the woman who ostensibly sells appams, seems to do something more. No one is what they seem, secrets are aplenty here.

Karikala emerges into the active storyline only later; he is away from the capital focusing on good governance and building dams. His continued absence creates concern and everything that could happen when a king is away is weaved into the plot: robbery, kidnappings, intrigue, espionage, insurgency, assassination plots etcetera. Full-fledged spies, who could be counterspies or intelligencers or mere moles, thrive.

The author’s note says that Sangam literature and extensive research on Greco-Roman trade with India has been accessed for the writing. Thankfully this does not intrude into the reading experience; it has only been put to good use in the world-building.

A delightful depiction of cultural pluralism in the book pats the characters into credible shape, whether they live on the street, are insurgents undercover, or belong to prosperous households of merchants.

The same multi-culturalism also fuels the politics in the plot. Zhang is a Chinese Buddhist monk with a past. The Roman traders come in a ship captained by Hippalus, a tough Greek sailor. Hipplaus fancies himself a writer of the sort Cicero famously commented on when he spoke of the “bad times in which everybody is writing a book”. Vallavan and his merchant clan are Jains. The latter use their prosperity to broke power, but Vallavan has a different philosophy. The king is a devout Shaivite and tolerant of Vaishnavite worship and their priest power, but he is capable of putting his foot down when they overstep. Marcellus has an aristocratic Roman mother but his rich trader father is a free man. The fate of the hill and forest people seems tragic even then: they are perpetually targeted, exploited, hunted and treated as outcastes. The dam is being built to help irrigation and promote agriculture, but not everyone benefits from the act. The politics of building dams, even then, was controversial.

If these details seem spoilers, it’s only a hint that there’s much more to the story than the characters. The plot twists and turns and keeps the reader on the page, and there is more than one surprise waiting in every chapter. This is historical fiction at its fast-paced best.

Postscript: One wonders if it’s an indication of a sequel, bringing in a child Kannagi in this book, and hinting at Kovalan as her match. Or is it to be a trilogy covering the Chera and the Pandya kingdoms as well?