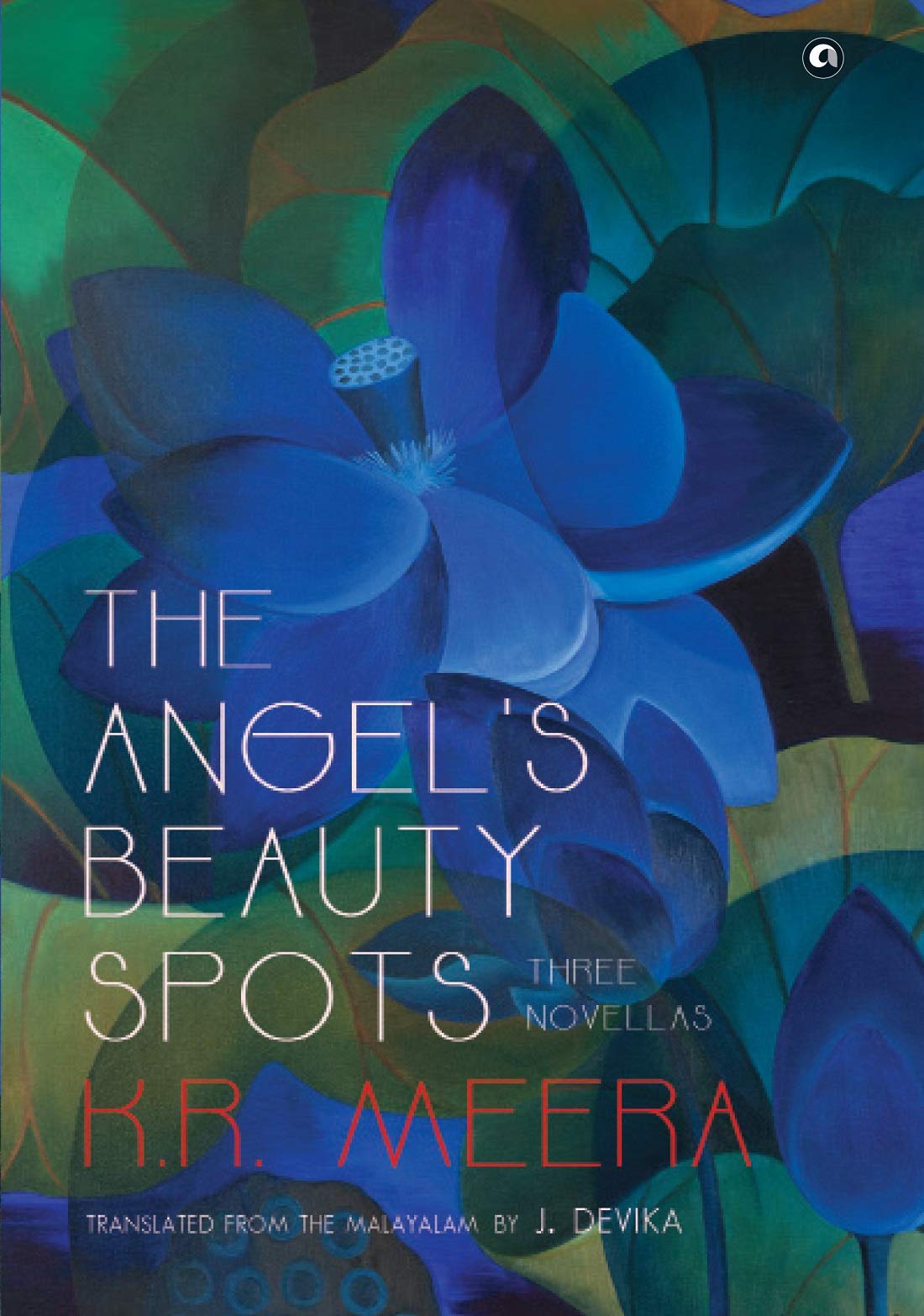 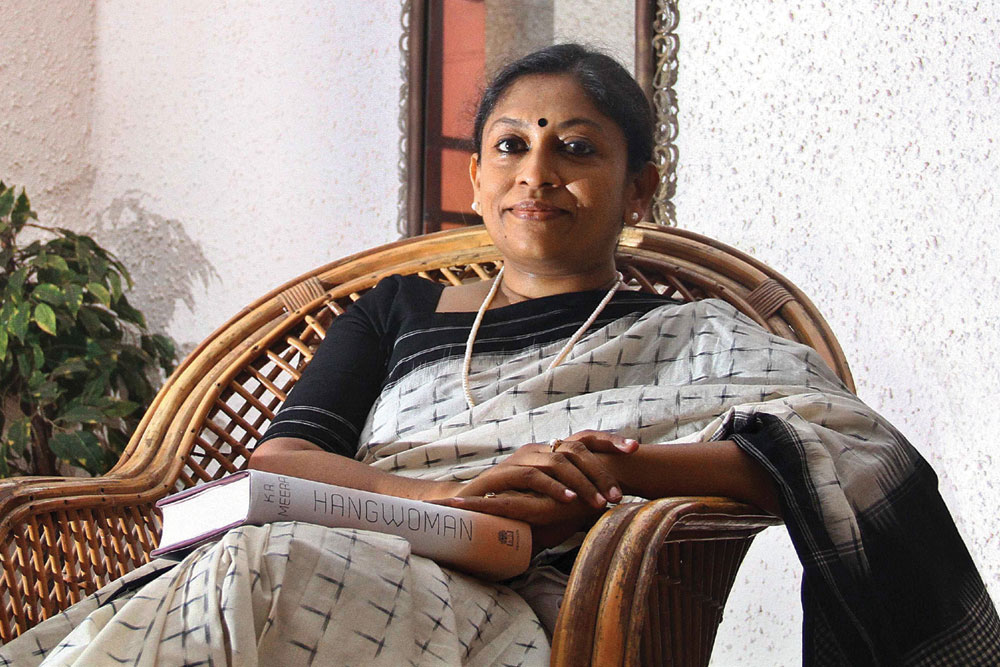 
Despite its title, The Angel’s Beauty Spots—a collection of three novellas by Malayalam writer KR Meera and translated by J Devika—anchors itself to messy human preoccupations rather than ethereal impulses. Sexual violence and toxic relationships are overwhelmingly omnipresent across the pages of the collection, themes Meera returns to repeatedly in her work.

The eponymous story that gives this collection its title begins with a gory tragedy—Angela, a single mother is brutally murdered in front of her two young daughters by the abusive husband she fled years ago. Her paramour and father of her younger daughter, Narendran, is shaken by the tragedy. Years earlier, Angela had joined his advertising agency as a receptionist trading in sex for a job. Angela is a beatific vision, a ‘hooker with a heart of gold’ archetype. ‘They hugged their mother and clung to her sides, like two white wings. Angela pulled her lovely white wings together and smiled broadly.’ Angela who is forced into sex work by her husband relies on it to provide for her daughters. As she tells Narendran about her employer, ‘I know it is a sin to sell my body. But I don’t sell my body, I sell empathy. I have only pity for him. He has never been loved; he’s been offered only a charade of love.’ The story returns at least thrice to the gratuitous moment of the murder but the more interesting tale, buried in the margins, is that of fickle fatherhood. Angela’s husband is a deadbeat dad but even Narendran, a respectable husband and father of four children, reveals his cowardice in a devastating choice he makes with regards to his daughter at the end.

And Forgetting The Tree, I… is the collection’s most discomfiting and Daedalian. Radhika’s former college mate and flame Christy re-enters her life years later to request her help for a legal matter. He has a tenuous connection with reality and the past, the result of shock treatments for a hereditary mental illness. He repeatedly asks about the whereabouts of their son he thinks she gave birth to not realising that Radhika had an abortion years ago. Radhika, meanwhile, is encumbered by the trauma of sexual violence from adolescence to adulthood. She is raped by a woodcutter when she is ten. Later, her stormy relationship with Christy ends when he elopes with her and rapes her at his mother’s graveyard. Even her husband Ajith’s voracious desire for a child leads to rape. ‘What was happening was rape. But it was rape born of helplessness. As he entered he, he begged. ‘My Radhi, give me a child…’’ The effect of all this sexual violence is extremely suffocating if not triggering. Radhika herself remains impenetrable, exhibiting a strange Electra Complex with her father who forgets her at a roadside shed during childhood when he visits his favourite prostitute. ‘The thought of Parvathy filled her with envy. The memory of a woman who was so desirable she could make her father, forget his daughter.’ Clunky metaphors about trees and roots aside, it is also searing, filled with dexterous turns in Radhika’s unhealthy relationships and a perplexing ending that made me go back to it a few times.

The Deepest Blue closes out the collection. The first person narrative is a fable-like tale about a married woman who in a search for a nalukettu house (a traditional Malayalam ancestral home) encounters an ascetic, her lover from a past life. ‘My love is a languid serpent, an utterly venomous one. For a long time, it lay still, coiled upon its own body, biding its time, lying in wait.’ Their liaison unfolds like a scene out of religious mythology in a serpent grove under the moonlight till they part. It’s entrancing, more so due to its contrast with the previous two stories.

It’s apparent why Meera’s work, part of a feminist genre of women’s writing referred to pennezhuthu generates literary adulation and commercial success. There’s little sermonising and embellishment of the messiness of relationships in her writing. Men switch from tender lovemaking to rape in an instant. Their empathy gives way to pragmatism. The women caught between patriarchal constraints and pangs of lust rarely come to the realisation that they have been caught in the vortex of toxic men. Reading The Angel’s Beauty Spots, I was left longing for the magic realist slant of her best work till date, the Sahitya Akademi-winning Hangwoman. Yet it’s in upending conventions of girl power catharsis that Meera’s work gains its venomous potency.