Too Much to Handle

The humour and quiet elegance do work. But two-time Booker winner Peter Carey packs in so many characters and subplots that you’re exhausted. 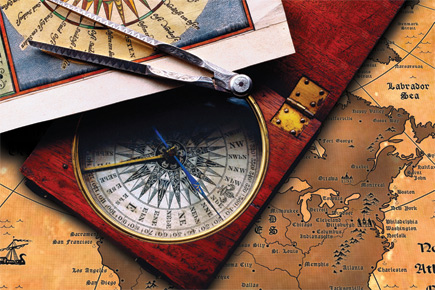 The humour and quiet elegance do work. But Peter Carey’s many characters and subplots leave you exhausted.


He won’t remember, but I’ve met Peter Carey. Some years ago in Delhi, a conference we both attended. A genial sort, he readily signed a copy of his Booker-winner, True History of the Kelly Gang. He read an excellent passage from it, so I looked forward to reading the book myself.

How I felt on finishing it is pretty much how I feel on finishing Parrot and Olivier in America: exhausted with the effort.

Is it just me? Carey has two Bookers and, therefore, a whole slew of readers who like his writing. But me, I found Parrot and Olivier rambling and almost dense at times. Hard to keep up with the characters, their doings, the references to episodes that may or may not have happened a hundred pages earlier. The closer I got to the end, the more the remaining pages seemed to stretch ahead, like completing a marathon. All of which applied to Kelly Gang too. This must say something about either me or the writing, or both.

Olivier is a French aristocrat, Parrot an English runaway and man-about-town. Circumstances bring them together—Parrot as Olivier’s servant—and set them on a joint discovery of the US in the early 19th century. Deliberate shades of de Tocqueville, maybe even a fanciful retelling of de Tocqueville’s experience. Material for a rollicking story, you’d think.

And it’s not as if the book doesn’t have its rollicking moments. Among others, there are digs aplenty at both America and France. Olivier is constantly looking down at Americans: ‘I am sure,’ he says at one point, ‘you could never imagine the conversation—if you could call it that—of the Americans. Certainly there is no talk of the tragedies, Greek or otherwise.’ Which barb perhaps speaks of the French too: do they really gather on street corners and have intense conversations about Oedipus Rex? Besides, Olivier says about an acquaintance: ‘He exhibited such magnificent ugliness you might assume him to be French.’

Parrot is no slouch with the sly humour either. His macabre, matter-of-fact account of pigeon-necks being wrung is an example I’ll leave you to discover. Elsewhere, he reports a conversation between Olivier and Peek, an American, about confiding in employees. Peek says he’d be hesitant, to which Olivier says it’s ‘no different to being dressed by one’. Then:

Olivier: ‘Is that not your custom?’

Olivier: ‘We do not call it naked with a servant.’

Olivier: ‘We call it getting dressed.’

Besides, Carey’s prose, often enough, glows with quiet elegance. This line stopped me in my tracks, hinting as it does at the essential allure and mystery of feminine beauty: ‘She rose … barefooted, her arms open, and all the velvet shadows of the room held inside her gorgeous clavicles.’ And his observation about what widows have lost will touch chords: ‘The[ir] cruellest pain is not the thrust of grief but the moments of forgetfulness.’

But these moments only take the book so far. The people from both protagonists’ past, Olivier’s father, new friends on the boat to America, Parrot’s life in Australia that creeps up nearly unannounced, the American girlfriend and her father, the French paramour and her mother, the family Parrot has left languishing in Australia, an old mentor who pops up after years—all this and much more weighs the novel down. There’s just too much to keep track of. I found myself constantly turning the pages back to clarify references. When that happens, the book becomes an albatross, a struggle to get through.

Still, I persisted with Kelly Gang. I persisted with Parrot and Olivier. In either case, I can’t say it was worth the hard work. And I don’t know: should I be wary of Carey’s other books? Or Booker winners in general? Or is it just me?