The War That Made Us 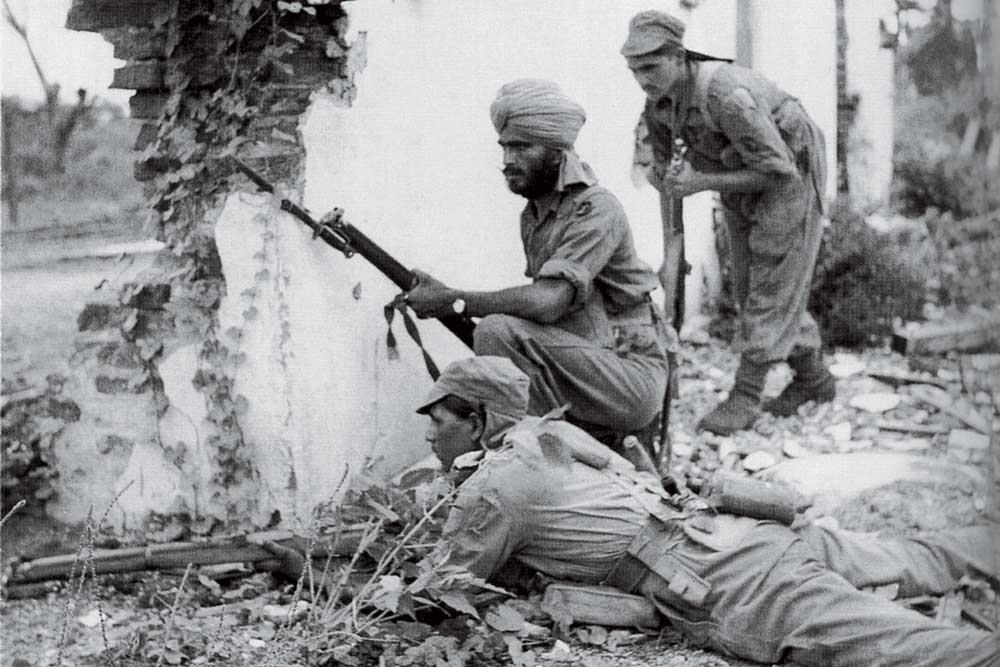 SRINATH RAGHAVAN’S India’s War fills a gap in the political-military history of India, and does so magnificently. While we have several excellent histories of World War II dealing with aspects of India’s involvement and its impact on the country, they have been fragmentary. Bayly and Harper’s Forgotten Armies: Britain’s Asian Empire and the War with Japan (2005) was a brilliant social history and examination of the role of the Indian Army in the ‘great crescent’ from Bengal to Singapore. India’s War and Forgotten Armies have a full measure of British complacency and folly in common, but differ in important respects. This is a 360 degree view, including Africa, Europe and the Middle East. Besides, it is a view from India, not Britain or Europe.

Other historians have written of the home front, or of the Indian soldier’s individual experience, or of the domestic politics in India relating to the war, or purely of its military aspects. While each is valuable in itself, this is the first holistic history, free of the shadow of contemporary hero worship and self justificatory memoir, which studies the War from an Indian point of view. This magisterial book makes other histories seem parochial in comparison.

India’s War is the first comprehensive and integrated telling of the story of India’s role in World War II, in Africa, the Middle East, Italy and in South East Asia. Seventy-two years after the end of the war, most of the participants are no longer with us and human memory and official archives have yielded what they will. I suppose that the time is now ripe, and that we now have enough distance from the war, to write its real history and come to balanced and objective conclusions (to the extent these are possible).

In the last few years, Srinath Raghavan has helped to create a new genre of contemporary Indian history which combines diplomatic, political and military history in a seamless whole that stresses strategic aspects as well. With this book, he has made the genre his own, producing narrative history at its best. This is India’s World War II story.

And what a story it is, full of great characters and grand themes.

This is a story peopled by Gandhiji, whose pacifism was challenged by the war; by Nehru the conflicted thinker; by Jinnah, who appears Machiavellian with considerable British help and luck; by Bose, whose propaganda value to others (ranging from Hitler to Tojo to today’s Indian politician) has consistently exceeded his political or military effectiveness; by Churchill, whose judgement and even grasp of reality are questionable; by underrated generals like Slim, and by those with overblown reputations like Wingate, whose real contributions to operational outcomes were minimal.

Like all good history, India’s War holds up a mirror to ourselves. It tells us something of how we have changed, and of how much more insecure leaders are today. Recall how a divided Congress Working Committee in Bardoloi finally followed Gandhiji’s advice to pass a resolution freeing Gandhi and the Congress to go their own ways on the greatest question of the day, whether or not to support the British war against Hitler without a guarantee of Indian independence.

Raghavan never forgets that ultimately history is made by men and women, by individuals, and that their individuality is on full display in crisis and war.

• It follows the strategic dimension of the war, and emphasises, rightly, the Raj’s sub-imperial system which India and Indian arms sustained within the British Empire. This flowed from the recognition that India must, in its own interest, defend more than its coasts and land frontiers—a theme that is increasingly relevant to a rising India that seeks strategic coherence today in a very different environment.

• It also deals with the international dimension of the war. It was India that provided the bulk of the (British Indian) Army that defeated Japan in southeast Asia, that held Iraq and the Middle East for Britain during the war, and that was used after the war by Britain to restore the Dutch and French colonial empires in Indonesia and Vietnam. There are fascinating accounts of Roosevelt and Churchill’s exchanges on India and Indian independence, and on Chiang Kaishek’s conversations with Nehru and Gandhiji during his February 1942 visit to India.

• The domestic politics of the war, which gave Indians a chance to perform roles that they had never been allowed under the Empire, are examined in detail, as also the dilemma it posed to the Congress and other Indian leaders, and the freedom movement as a whole. It could be argued that the war, the way that Linlithgow and Churchill reacted to it, and that how Jinnah used it, made both independence and Partition inevitable. The war weakened the British imperial position, and they were convinced in 1946 that they could no longer rely on the Indian Army as an imperial instrument after widespread disturbances in the armed forces and their reaction to the INA trials. The British were no longer confident of the political reliability of the Indian Army and truly feared that the Congress would use the INA to spearhead another revolt. Without these multiple elements, Indian independence would have come later and in a very different form. In other words, our independence was not the gift of great men or just the logical result of India’s own evolution, but a result of greater forces, many of them strengthened or unleashed by the war. Even the widespread escalation of communal violence during Partition cannot be understood without the impact of World War II and the training in the use of weapons and organisational methods of logistics and violence that it gave a generation of Indian youth.

• Fourthly, Raghavan also looks at the economic and social dimensions of the ‘home front’, and draws our attention to the great extent to which India’s urbanisation and its planned/mixed economy were a result of an unprecedented wartime mobilisation of a desperately poor country’s resources, and of the privation and starvation that made this possible in, for instance, the Bengal Famine, which was actually a national famine. The Bombay Plan and other approaches to post-war development came straight out of Indian industry’s wartime experience.

• Finally, on the war front itself, Raghavan details the transformation of the Indian Army from a post-1857 constabulary to an adaptable and capable fighting force. From not allowing Indian units any field artillery after 1857, the British were forced to allow the Indian Army to become the modern fighting machine that defeated the Japanese in Burma, the only land defeat suffered by the Imperial Japanese Army. Beginning the war unprepared and ill-equipped, the Indian Army showed a capacity to learn and change, evolving tactics, doctrine, training and equipment as it learnt from defeats, despite the prejudice and shabby treatment it faced from its British commanders (with very few honourable exceptions). The ability to learn, adapt and evolve seems to be a lesson that each military generation has to learn for itself the hard way.

Most significantly, the book looks at the effect of World War II on South Asia and India and successfully makes the case that modern South Asia is in very many ways a product of it.

Overall, the book also strikes me as truer to life than other histories which seek logical explanations for past events, including the irrationality of human and state conduct during war. In fact, the levels of incompetence and strategic confusion that he describes are revealing. The Allies were still debating their overall priorities at the summit level in mid-1944 while the battles of Kohima and Imphal were going on.

The book also leaves me with a very strong impression of how abiding India’s strategic interests are, and of how deeply our permanent geography determines those interests. But Partition to our west and the abject condition that Burma to our east was reduced to by the war, ravaged and isolated, effectively limited Independent India’s strategic horizons. In effect, Pakistan has stunted our thinking and partitioned our minds. The book reminds us repeatedly that an integrated Subcontinent is essential to India’s security interests and for India’s rise.

Lest you think this is a book that is dull and overwhelming, it is also a well-written history full of nuggets of fascinating trivia. Did you know that the Government of India still went up to Simla for the summer of 1941, when Britain’s very existence was under threat? Or that the Middle East only accounted for 5 per cent of world oil production in 1941, and the US, 83 per cent? Or that the spread of rava idli and of Chinese restaurants throughout India were a consequence of World War II? (Hint: there were over 40,000 Chinese troops training in Ramgarh, and Wavell refused Chiang Kai-shek’s offer of Chinese troops to liberate Burma in 1943, but that is not how or why our diet was enriched; it was because overseas Chinese could no longer follow their traditional vocations in wartime India.) But I will not spoil your pleasure by revealing all here. For that, you must read the book.

It is rare that at the end of a 553-page book on a serious subject, you are left still wanting more. This is a calm, steady look at a key determinant of what we are today. As such, we need more books like India’s War to promote our study of history and for our self- awareness.