Questions of citizenship in an increasingly nationalistic world 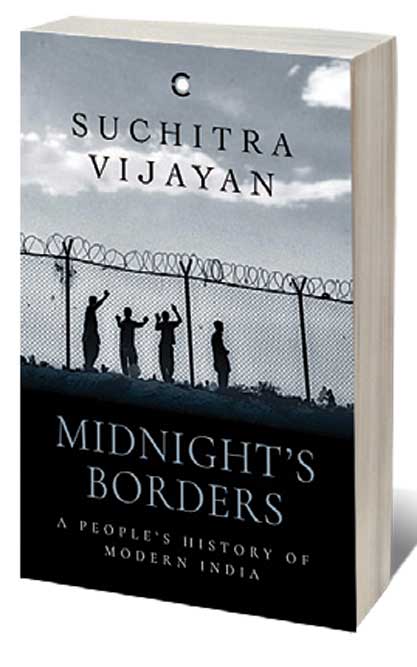 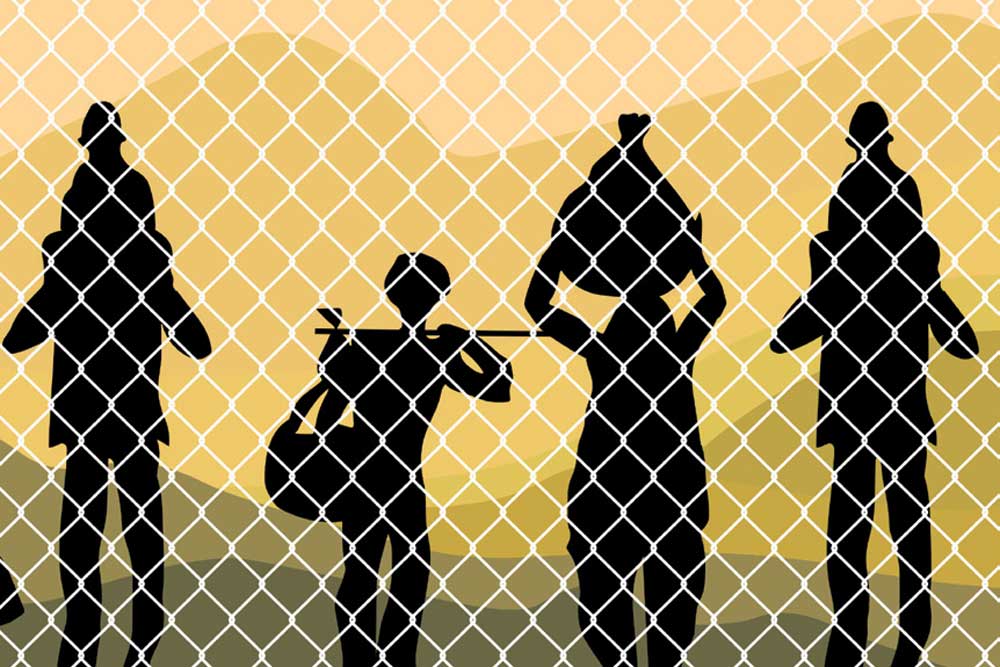 
WHEN THE LINES that define a country’s borders are named after the civil servants of a colonising power with little knowledge of the country itself, it is not surprising that those borders are anchored in violence and bloodshed. What is more surprising is that the McMahon, Durand and Radcliffe lines that were used at different times to create Pakistan, Afghanistan, Bangladesh and India were never meant to denote sovereignty at all, but were widely believed to be simply a ‘makeshift border’ to facilitate an obscenely hasty retreat by the British and a transfer of power. In time, it was hoped, the countries would ‘agree to a mutual frontier based on people’s wishes.’ Instead, these fractured and fragmenting borders remained and the countless people living along these imaginary lines were dragged into a vortex of violence, uncertainty and fear.

In 2013, political analyst, photographer, and barrister Suchitra Vijayan decided to go on a journey to document the lives of the people who live along India’s endless borderlands. As someone who was born and raised in Madras, and then moved overseas, Vijayan is passionately interested in issues of belonging and the articulations of citizenship in an increasingly nationalistic world. Her quest to travel the 9,000 miles that make up India’s borders to record the forgotten stories of these marginal lives became a monstrous, unwieldy enterprise. Vijayan spent seven years visiting the border states of Bengal, Punjab, Kashmir, Nagaland, Arunachal Pradesh and Rajasthan in intermittent journeys sometimes truncated by personal imperatives. The resulting chronicle of the people Vijayan interviewed is similarly non-chronological and non-linear, with a staccato like quality which underpins the narrative with a sense of subtle chaos. The occasional masking of names, ambiguous locations and omissions, all done to protect the identity of these ordinary people further lends a sense of disquiet to the stories. And it is right that it should be so for the lives that Vijayan records are haunted by silences, by fear, by grief and by memories of trauma so violent they quite literally, in one instance, rob them of their dreams.

The backdrop to most of these stories is the open wound of Partition, the vicious binary of Hindu versus Muslim. In a town called Fazilka, on the India-Pakistan border, Sari Begum was born of a Hindu man who abducted and raped a 14-year-old Muslim girl in 1947. When Vijayan asks Sari Begum her thoughts on Pakistan, she says, ‘… the hate and greed did not come from the other side of the border. It came from this village, from the people I know.’

The absurdity of a system that militarises borders and erodes citizenship rights is brought forcefully to light when Vijayan travels the India-Bangladesh border and meets an Indian man called Ali. Ali had married a Bangladeshi Muslim woman, K, who had crossed into India ‘illegally’ to marry him. Years later, when this woman wants to return home to visit her family, she has no documents to prove her residence and rights in India and remains stuck in Bangladesh forever. At the same time as K finds herself without ID, writes Vijayan, the Indian Government had been trying to issue photo ID cards for its cattle population and the Modi Government had ‘initiated a plan to assign unique 12-digit identification numbers to 88 million cattle in India by the end of 2017.’

As witness to so much pain and alienation, Vijayan finds herself wondering what her role is. ‘I felt like a tourist of emotional pain, recording and cataloguing the memories of those who had lost everything,’ she writes. ‘… what had this chronicling achieved?’ What it achieves, in fine, careful and lyrical prose, is a transformation with grace and dignity of these everyday lives into a catalogue of memories, the walking wounded which we, as fellow citizens, are duty-bound to remember. Not as Muslims, or as Hindus, but simply as human beings.