The Value of History 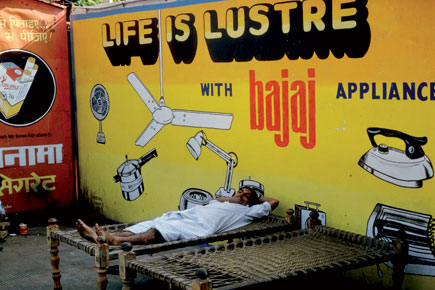 
Bihar, we might as well begin by noting, is an extraordinary part of India. It is exceptionally distinguished in its past—its stellar role as the centre of Indian civilisation for over a thousand years. If Bihar was the most progressive part of India from around the time of Gautama Buddha for a millennium or more, it is notable, in a very different way, in its present state of social backwardness and unusual poverty. And there is a third bit of extraordinariness in the determination of Bihar to conquer its present misery by focusing directly on economic and human development. The future of Bihar may not be a repeat of its past glory but nor would it be, it seems reasonable to predict, a continuation of its present state of underdevelopment and deprivation. Bihar is, it would appear, quite extraordinary in its past, in its present, and in the promise of its future.

…Perhaps it is right that we should begin with recognising the fact that Bihar’s history includes its dramatic role in uniting India. The first all-India empire, the Mauryan Empire, was based in Pataliputra, which is now Patna, and it established some uniformity of law and order across much of the country. That an emperor’s work is not done until he or she has established command over the bulk of the Subcontinent of India is an idea that took shape in Pataliputra. It is to complete that establishment of a united command that Emperor Ashoka waged a war in Kalinga—modern Orissa—and it is the violence of that war that took him towards Buddhism and to his extraordinary social commitments to peace and to the well-being of all.

In addition to Bihar’s role in uniting India, some of the early achievements of Bihar include the following:

This includes the remarkable record of Bihar in having the oldest university in the world, Nalanda, along with a number of other exceedingly old universities, such as Vikramshila, which flourished as global institutions of higher learning from the fifth century BC to the twelfth century AD.

When the great Indian mathematician Aryabhata moved to Kusumpur, in Patna, in early fifth century, to be closer to the community of mathematicians, he gave recognition to an intellectual pursuit that was already beginning to flourish in Bihar. This teamwork was central to further development of mathematics in India (and through that in the Arab world), and it was also critically important for the pursuit of astronomy in India, as well as in ancient China, where Indian trigonometricians had a leading role in astronomical analysis and calculations.

The trail-blazing tradition of free medical service for all in Pataliputra, which so impressed Faxian (sometimes written as Fa-Hsien or Fa-Hien) in early fifth century separates out Bihar from much of the world at that time. Later, in the seventh century, Yi Jing, a student at Nalanda, would make a systematic comparison between the practice of medicine and of public health care in China and India, in which Bihar received particular attention.

The tradition of taking social decisions on the basis of public discussion was particularly promoted by the Buddhist global councils, the first of which took place in Rajagriha (present-day Rajgir), in Bihar, just after Buddha’s death, the second in Vaishali, not far away, a century later, and the third—the largest—occurred in the capital city of Pataliputra, hosted by Ashoka, in the third century BC. Decisions on religious and social matters were taken after extensive public discussions, with exchange of information and opinions. In the process, major contributions were made to the possibility of ‘government by discussion’—a phrase made popular more than 2,000 years later by Walter Bagehot (in a line of analysis that John Stuart Mill made clearer).

Rule of law and governance in the interest of the people

Bihar also contributed to the development of theories of governance, particularly through the treatise Arthashastra, by Kautilya, and in a less punitive form by Ashoka, which was elaborated in the stone inscriptions that he placed around all of India—and beyond. These theories were, to varying extent, put into practice by the Mauryas and other regimes based in Pataliputra, and they would serve as points of reference to later kings of India as well.

The building of physical infrastructure

Sher Shah, whose large empire in early sixteenth century was centred in Bihar, was visionary on constructing infrastructure of roads, bridges, etc., across India, including what later came to be known as the Grand Trunk Road, crossing the entire country.

Resistance to inequality and exclusion

Buddhism itself can be seen as the first pervasive protest against caste-based hierarchy. The exclusion of women from major roles in society and in the family has also been resisted in Buddhism. Interestingly, even though Buddha was opposed to the ordaining of women as priests, his teachings gave active and major roles to women (as his disciple Ananda was particularly keen on emphasising). Many of the later rebellions against traditional hierarchy in India have also originated in Bihar.

These ancient contributions demand examination not only because of their historical value, but also for their relevance to current problems that have persistently plagued contemporary India in general and Bihar in particular—including high illiteracy, frequent medical neglect, sharp economic and social inequality, low development of infrastructure and high incidence of social disorder. There is a lot that Bihar can learn from its own past and its own older traditions.

What we learn from these early achievements of Bihar helps us address and conquer the persistent disadvantages that are restraining Bihar in the contemporary world. We cannot bury ourselves in the past, but the past of this exceptional region of India offers both inspiration and guidance.

How bad is the position of Bihar in India today? It has to be acknowledged that the extent of human deprivation has been exceptionally high in Bihar, not just in global terms, but also compared with the bulk of India. Looking at the latest comparative figures that can be relied on, it appears that around 2005, Bihar had the second lowest per capita income among all Indian states (marginally ahead only of Orissa), the second highest share of the population below the miserably low ‘poverty line’ in the country (again a little behind Orissa), the second lowest ratio of female literacy (marginally above Rajasthan alone), absolutely the lowest proportion of children aged 6–14 years who went to school, and also absolutely the highest proportion of adult women with clinically low BMI (body mass index). Not surprisingly, Bihar was placed worst in terms of the Human Development Index (HDI) in 2005 and also had the highest proportion of the population with ‘multi-dimensional poverty’ also in that year.

Have the comparative figures changed since 2005? It is not easy to have comparative tables of similar reliability for more recent periods, which is rather unfortunate for Chief Minister Nitish Kumar since he came to office only in that year. However, there are many indications that things are moving, both in terms of the efforts deployed and in terms of accomplishments. For example, if we break down the growth rate of GDP in Bihar over the last decade, we see a rate of growth of 2 per cent annually in the first half, and about 10 per cent annually in the second half. The fact that in the recent expansion, the growth of agricultural production has played a very large part is a reason to expect that there will be considerable impact of the fast economic growth also on reducing poverty and deprivation in this extraordinarily deprived state. The abysmal extent of deprivation that Bihar had cannot, of course, be reversed overnight, but the breakdown of the previous model of stagnation and persistent deprivation must be seen as hugely encouraging signs.

Turning to other things, the expansion of primary education in Bihar has been a necessity for a very long time, and yet the signs of progress were rather rare—almost absent—through a long period of stagnation and decay. From the ancient times, when Bihar was the centre of Indian civilisation, and when its educational achievements were the envy of the rest of the world, there has been a very long history of neglect and complacency about the growing educational backwardness of this state. It is with the recent efforts to plan—and to powerfully execute the planned programmes—that progress is, at last, reaching the resistant mass of Bihar’s sluggish school education. A recent report prepared by the Asian Development Research Institute (ADRI) provides ground for much optimism.

There are certainly many signs of change. The number of schools has jumped forward; the shortfall of teachers has come down sharply; attendance of students is definitely up; and the enrolment ratio has reached the comfortable figure of 98 per cent. The ADRI report can be seen as an informed celebration of the success that is at last being achieved.

And yet it is also a report on how much more needs to be done. There is still a substantial incidence of teacher absenteeism; the number of teachers, especially of well-educated teachers, is still much below anything that can be called satisfactory; the school inspection system remains severely incomplete; and the participatory arrangement of Vidyalay Shiksha Samity (VSS) has become rather dysfunctional. There are other gaps and deficiencies to which this report draws attention, including the wide prevalence of reliance of primary school students on private tuition, outside the school—a fairly strong indictment of the quality and reach of the education that regular schools provide.

To say that we have ‘some good news and some bad news’ would, however, be an oversimplification.

We do have that mixture of good and bad, of course, but no one expected that the long-standing problems of educational neglect in Bihar would disappear instantly. We have to see the extent to which the ‘bad news’ is being noticed and addressed. There are some real sparks of hope there, and these need to be applauded. Along with that appreciation should also come encouragement to the educational authorities of Bihar to do more—indeed much more—than they have been able to do so far.

Progress not only calls for well-planned efforts, it also demands sustained commitment to try and enhance what has been achieved. The need for that commitment is the central issue today. Grounds for optimism must be seen not only as reasons for celebration, but more importantly as a demand that the good work must continue—and move even faster. If the glory of ancient Bihar provides encouragement for this forward-looking commitment, that is surely an entirely fitting way of bringing history into our lives today.