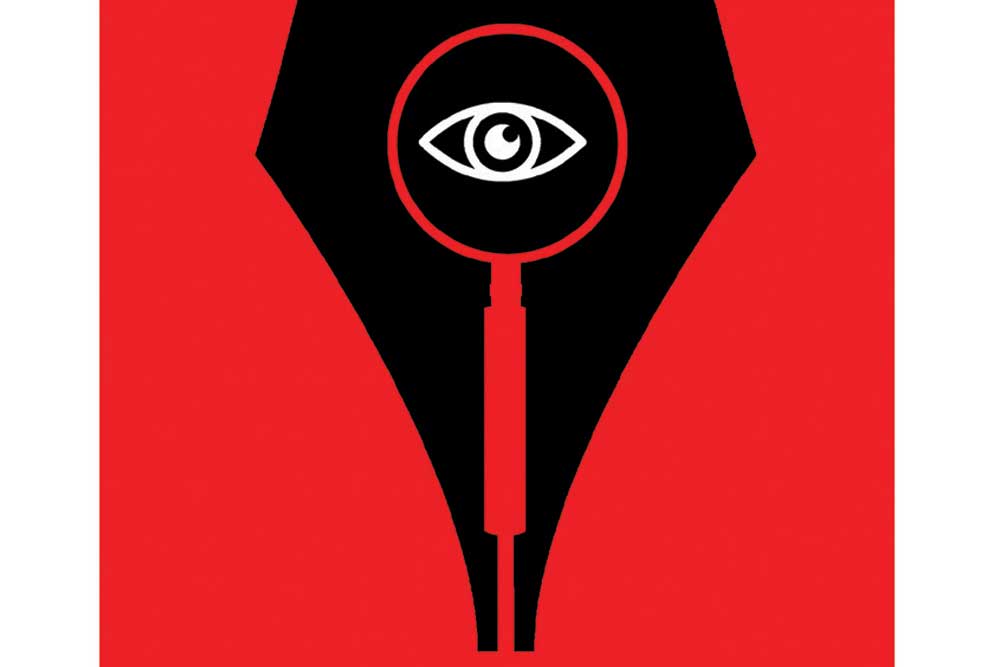 MORE THAN 20 years ago, on April 7th, 1996, Prabhash Joshi became the first of several journalists to come to Beawar in Rajasthan, to express solidarity with villagers sitting on dharna for ‘people’s right to information’. He said, “We have come to support this demand, and thank the ordinary citizen for doing what journalists should have done years ago—launch a movement for the Right to Information (RTI) in India. RTI is important for the citizen, but it is the bread and butter of journalists.” Veteran journalists Kuldeep Nayyar, Nikhil Chakravarthy and Ajit Bhattacharjee also made the journey to Beawar, and helped turn a courageous local struggle into a national campaign and a transformatory people’s movement. These journalists are some of the key people mentioned by Shyamlal Yadav in his book Journalism through RTI. His work and this book would have pleased Joshi, the former editor of Jansatta and Indian Express. Here is why.

Shyamlal Yadav has used his skills as a journalist to write a book which in simple language explains the potential of the RTI in India: to connect investigative journalism with critical issues of transparency and accountability in democratic governance. This is a book that tells an ongoing story of his own relationship with the RTI. Engaging episodes build the story, as he converts facts into revelations and quotable statistics that could induce a change in policy. Through a fascinating sequence of events, and a mixed menu of outcomes, his book details the RTI game of hide- and-seek with reluctant officials to extract information and put it in the public domain. He combines multiple RTI applications with dogged follow-ups, and strategically timed news reports, aimed at bringing about real change. Using meticulously, and often tediously obtained and processed information, he tells the story of the declaration of assets of various categories of public servants; of alarming pollution levels; of the thousands of phone interceptions (tapping) secretly ordered by the Government; of the foreign jaunts of ministers and bureaucrats and the frequent-flyer miles they appropriate for their friends and relatives.

Shyamlal Yadav is clearly looking for impact—less as a journalist and more as someone driving reform. Therefore, this is not a book about the RTI as a single tool or simply a news story that made the front pages. It is a process—mostly of follow up.

The book also traces the RTI briefly but succinctly, giving it context—global and national, historical and contemporary, legal and social. He explains how he began his RTI journey (by chance), and how it helped transform his journalism with the support of others along the way. He connects the use of RTI with investigative journalism, because of which he earned appreciation and awards. India needs a larger tribe of independent investigative journalists, and Yadav’s RTI story can serve as a handbook for them and other RTI users. His accounts are peppered with useful tips of what can be done, and the book ends with 20 useful points for journalists that could easily be printed as a primer for all those who want to understand how to use the RTI ‘and see the change’.

Yadav is one of the many stars amongst India’s dedicated RTI users. While he appreciatively mentions one citizen user—Subhash Aggarwal, and his success in pursuing the declaration of assets of Supreme Court Judges—he does not explore a potential alliance between RTI activists and journalists. It is clear from his story that the results of RTI applications are far more potent when they are effectively placed in the public domain. Journalists could easily follow up and draw upon the revelations emerging from the efforts of thousands of courageous, creative and determined RTI users.

His book begins with a dedication to ‘those (over 70 now) who have been killed fighting for information’ in India, and those still fighting worldwide. Many more alliances of people pursuing the truth are needed in India today. This book can and should offer answers to the challenges they face. India’s RTI movement is valuable, and Yadav’s book is a part of it.