The Personal as Political

Making a case for the feminist project 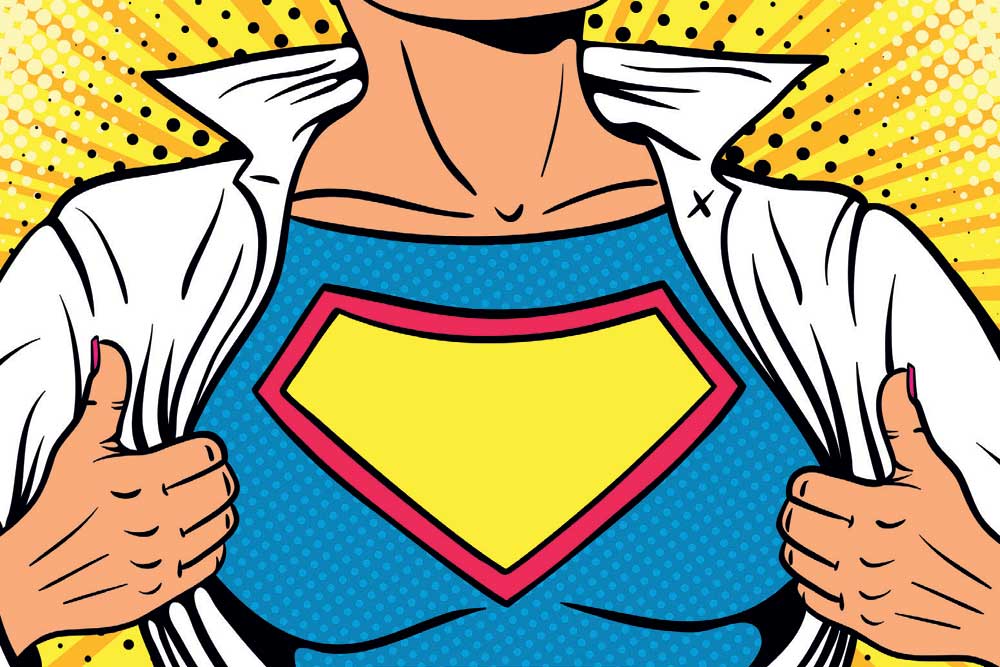 “THIS IS NO country for women,” we say more and more, barraged with headlines of horrific crimes against women. And still, the irony of Bharat Mata looms—a country synonymous with an amorphous idea of womanhood, and yet with no place for women. Who is the Indian woman then? Is she one woman? And what is her place? As these questions grow more pertinent, two books—Status Single: The Truth About Being a Single Woman in India by Sreemoyee Piu Kundu and Chup: Breaking the Silence About India’s Women by Deepa Narayan—take them head on. Both works of non-fiction dismantle the malevolence that underlies more visible violence; that is to say, how women in India are discounted.

Status Single digs into the lives of middle-class single women in their thirties and forties, using testimonials to discern the pressures and devaluation that single women beyond typical ‘marriageable’ age are subject to. As a single woman in her thirties, Kundu frames each chapter with her own experiences, be it demeaning commentary by medical professionals, cruel heartbreak, familial strain, or professional belittling. By interviewing several women, Kundu gives us a sense of how being single is no longer an anomaly, and how with that status comes a daily experience of deprecation, one whose cumulative effect can deeply affect a single woman’s sense of self-worth.

Each chapter addresses a different category of problems single women face. These include physical appearance, maternal anxieties, sexual agency, privacy, and so on. The various testimonials bring up a noticeable similarity between the experiences of different women. For instance, a chapter titled ‘Is What You See, What You Get’ reveals that even women with flourishing careers and financial independence succumb to demands to look ‘worthy’ of a marriage proposal. The constructed equation between physical appearance and the guarantee of companionship, or even love, creates a bleak situation even for supposedly liberated women. More horrifying is that the traditional ‘fair- skinned bride’ stereotype is not the only regressive idea forcing women toward cosmetic treatment. A virginity-worshipping culture, Kundu’s interviews show, encourages single women to ‘opt not just for lip tucks, breast enhancement and rhinoplasty, but also for hush- hush hymen reconstruction surgeries that are steadily on the rise.’

Kundu must be praised for the diversity of women she has interviewed. Lesbians, transwomen, divorcees, women in polyamorous relationships, all feature in the book. One of the strongest points she makes is about the complex nature of being single. Dismissing the myth that single women are single by some ambitious need for complete independence, Kundu’s interviews show how many women would like companionship but have repeatedly failed at finding it, ultimately to be blamed for some shortcoming in themselves. Singlehood, the book contests, can be a choice and a predicament, fulfilling and lonely, a thing to cherish and to battle.

Although Status Single pulls apart different aspects of singlehood in India, it oscillates between personal memoir and wider cultural critique. Of course, the personal is always political, and Kundu does acknowledge in her introduction that the book is both ‘personal testament’ and an ‘impersonal recording.’ But the constant return to her own life after others’ testimonials becomes tedious, and somewhat reduces the scope of the argument. Moreover, each chapter ends with an italicised pondering in Kundu’s voice to motivate single women to overcome the problem the chapter addresses. The book is aimed almost exclusively at single women in their thirties and forties, and the hopeful tone at the end of each chapter is not meant for people like me, who are squarely in their twenties—such singlehood, we are told, is a world away from singlehood in one’s thirties. This isn’t to fault the book for having a pointed readership in mind. Rather, in speaking so directly to a specific bracket of women, the argument struggles between the considered and the poetically inspirational.

In an attempt to help others, Kundu often comes to strange conclusions: ‘Motherhood is a choice. Not a challenge, after all,’ she writes, ignoring entirely single women (unmarried, separated or divorced) who are mothers because they could not end their pregnancies even if they wanted to, or were impregnated by force. The want of a finer argument in a book based on qualitative research remains until the very end.

Like Kundu, Narayan uses interviews with various middle and upper class women to make her analysis. Unlike Kundu, however, her method is more structured, following questionnaire parameters that she developed with her background as a social scientist. For both books, the scaffolding of the real-life interview is meant to assign a certain validity to what might be dismissed as a feminist rant. But the use of this method is inconsistent within both books, for both authors fall back on general unsubstantiated musings. Narayan, in an attempt to counter the idea of the pleasing woman, falls back on the trope of the ‘strong woman’ even if with the best intentions. ‘A strong woman is unapologetic about her choices, yet has… the humility to say ‘I am sorry’ without making ‘sorry’ her life mantra.’

Chup focuses on problems faced by a wider group of women than Status Single, though most interviewees are between 17 and 35 years old. These women have shared their personal stories with Narayan, talking about their upbringings, the nature of their relationships, the position they hold within their family. Some women are quoted in just a few lines, while others’ harrowing testimonials take up pages, but Narayan attempts to reveal a pattern in all these women’s learnt behaviours. Rather than talk about the violence (physical, sexual, emotional) itself, Narayan reaches further to describe how women are inculcated— through family, education, and the media—with behaviours and beliefs that make them erase themselves. And so, they are entrapped in a culture where they remain unequal. Women, Narayan argues, are taught seven main ways to do that: they are taught to hate their bodies, not use their voice, please others rather than themselves, deny their sexuality, isolate themselves, and forego a unique identity for themselves. By internalising such behaviours, women are denied power and instead are made into moral torch bearers. They are told how to hold their bodies when they walk, the right tenor with which to laugh, how to lead other women and not support them, how to perform sexually but never be fulfilled. Narayan elucidates the prevalence of this conditioning to great effect, showing how women young and old describe similar oppressive experiences with their mothers, families, and the men in their lives. Even the most liberated, feminist woman, Narayan declares, likely operates on ‘bad habits’ of self-erasure. Women, then, are reflections of an indoctrinated morality of what it means to be an acceptable, ‘good woman’.

While Narayan makes a sincere effort to write a book on ‘cultural systems’ that occlude women, her opening premise, also summarised in the book’s blurb, is jarring. In an attempt to be a voice of solidarity, a call for women to bring about change, Chup—like Status Single at times—strays from rigorous argument into emotional appeal. The suggestion that women are quite likely to display ‘unfeminist’ behaviours even when they consider themselves feminists relegates feminism to a uniform definition, readymade for every woman. Feminism is at heart a politics that argues for the right to equality even though one might be different from the traditionally dominant. To crystallise feminism in this way at a conceptual level negates the entire point of interviewing different women, and is a dangerous precedent, particularly in a country like India, where the women-led feminist discourse is just beginning to occupy popular culture and stir a national debate.

If we live in a country where the systematic exploitation of women proliferates, it is essential to publish books that speak of women—their lives, their dreams, their traumas and triumphs. Both Status Single and Chup are important books, for they pose feminist provocations to their privileged yet patriarchy-bound readership. But to make a case for the feminist project is not enough. Such books need to transcend their inspirational overtones, and position their politics on a more delicate critique of power and difference.