A spy thriller travels back in time with elan 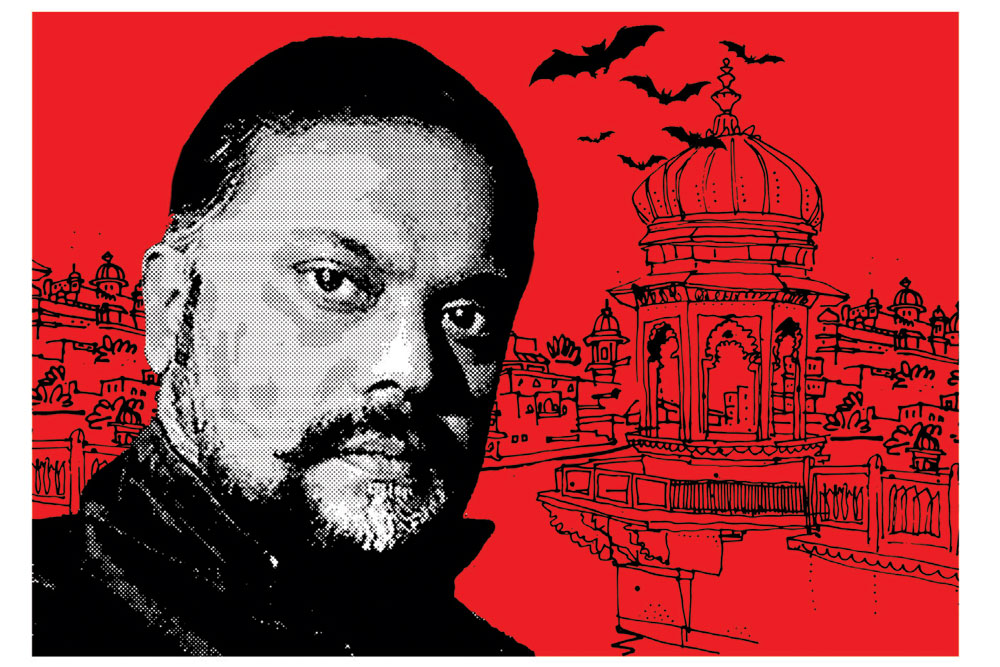 IT IS ONE of those vivid childhood memories, the Sunday morning walk with my grandfather to the grocery store. The galli would be vacant, harbouring a plague-struck silence that would be punctured only by synchronised dramatic dialogues and occasional peals of monstrous laughter from the Mahabharata, and other mythological serials that aired on Doordarshan. These would escape from the windows to form the city’s voice on a Sunday. Ravi Shankar Etteth’s The Brahmin evokes the nostalgia of the early 90s when television embraced history and an entire country waited to watch tales of shrewdness that helped save a kingdom.

The Brahmin (a title that seems rather problematic today) transports us to Pataliputra. It is the year 267 BCE and an agitated Ashoka is seated on a gilded wooden bench in his royal garden. Facing him is the chief spymaster of the kingdom, the Brahmin. The atmosphere is tense as one of the king’s concubines has just been brutally murdered. Her body was found abandoned, partially charred next to a pyre. Through the seven days that the king has granted for the murder to be resolved, we follow the Brahmin and his beautiful part-Vietnamese aide Hao, as they cross forests, dine at taverns and search the neighbouring kingdoms for an assassin who leaves a rakthapushpa (blood flower) beside each of his victims.

Etteth, through a network of spies, illustrates the picture of a kingdom on the brink of war. While the book succeeds topographically, conjuring the grandeur of the palaces, the comfort of wide roads that sport caravans from various ports and the intricate details of a neatly planned Mauryan city; the storyline is not special, and the characters, shallow.

Many intriguing—but often one- dimensional—characters populate the pages of this book, like the descendants of Greek soldiers who came to India along with Alexander the Great, the warrior monks who justify violence when it is time to attack evil and fight for the light, or the hermaphrodites who spar like tigresses from hell.

The main characters converse mostly to row the plot forward. Dialogues feel urban, like when Ashoka begins a question with ‘What the hell is a….’

It is against the backdrop of the deep woods, where danger camouflages in the dark, that the better conversations in the book take shape. Riding horses that come galloping at the call of a whistle, the spies pass rivulets and strange scented flowers. Sometimes even a bat hurrying back into its cave leads to an amusing anecdote about a poet-turned-hermit who once inhabited the same cave after his love life turned sour.

Etteth is a storyteller in a hurry and once you step into this thriller, the pages turn quickly. The latter half of the book is set in the palace of Ujjain, in the days leading up to the Queen’s birthday. The Brahmin and Hao reside in the palace along with their suspects, feast on duck roasted in honey, braised fish served on rose petals and quietly go about investigating a few interconnected murders. To the writer’s credit, the grand reveal leaves behind no loose ends.

The story has most of the stock characters that are likely to occur in 300 pages of a George RR Martin book, for example, though minus the fantasy elements.

Readers not familiar with the sweep and majesty of Game of Thrones might enjoy this book.