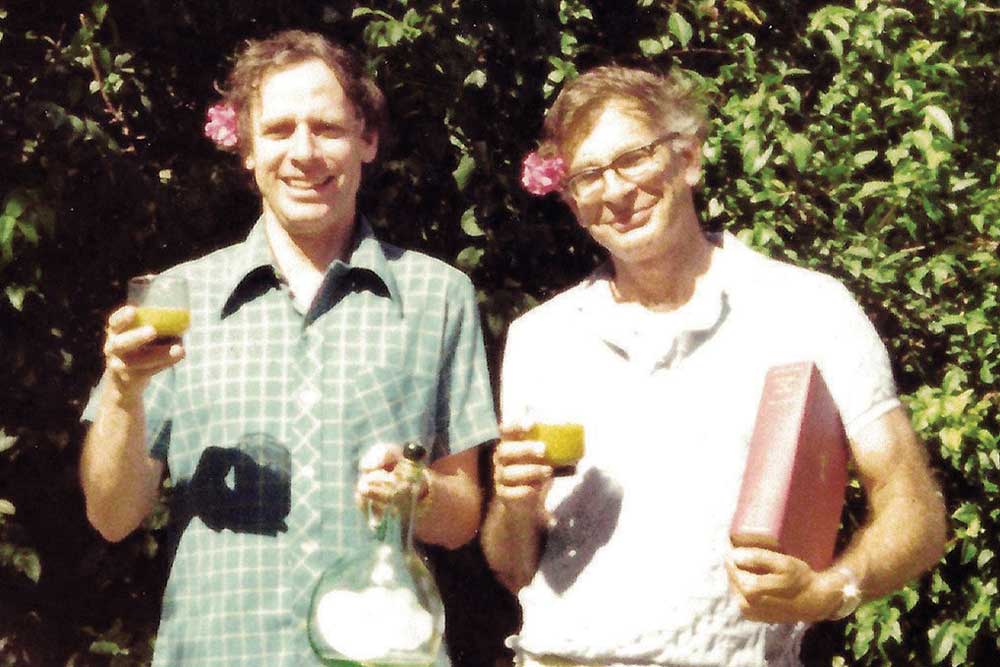 MAN IS A RATIONAL animal. At least that is what we all learnt in school. It sets us apart from the rest of the animal kingdom. How wrong that was. We did unlearn, over time, from Descartes to Nietzsche and from Marx to John Rawls. But the duo that demolished several myths of human nature, exposing our delusional grandeur and sense of infallibility to put the spotlight on our fallacies were Daniel Kahneman and Amos Tversky, two unalike behavioural economists who met as young men in the backwater of Israeli academia in the 1960s. Their studies placed mistakes of intuition and action of individuals as well as groups under the lens, and were destined to have a profound impact on a range of fields, from lawmaking to data science, from personal finance to medicine and from applied physics to food production. Now comes The Undoing Project, Michael Lewis’ new book on a collaboration of these two great minds (both trained as soldiers in war-hit Israel and had doctorates in Psychology) who altered how we look at human errors and their consequences. They have lately been compared with James Watson and Francis Crick who proposed the double-helical structure of DNA. An over- enthusiastic admirer went to the extent of comparing them to John Lennon and Paul McCartney of The Beatles. Their research findings on human attitudes towards risk and uncertainty, titled ‘Prospect Theory’, have proved to be especially useful in financial economics: it lays bare how people react to risks of losses vis-a-vis gains of various types. The Undoing Project is a stellar book, perhaps Lewis’ best yet (and beating The Big Short, Liar’s Poker, Moneyball and Flash Boys is no mean feat).

Kahneman, referred to as Danny, comes across as highly sceptical and always unsure of himself. He is the reserved dude as compared to Amos, a confident conversationalist who picks arguments easily. “I was always more sympathetic than Amos to critics,” Danny says in the book. Amos was considered by many as a mathematical psychologist, accused by non- mathematical psychologists (such as Danny) of pretending to be interested in Psychology just to flaunt his wizardry in math. Danny and others were seen by math nuts such as Amos as too ‘stupid to understand the importance of what they were saying’. When they met for the first time at Hebrew University, Amos, a University of Michigan alumnus, was an extrovert who worked on problems far removed from real-world problems in applied psychology. Danny, with a degree from University of California, Berkeley, writes Lewis ‘was consumed by real-world problems, even as he kept other people at a distance.’

It is gratifying that these two lives are brought before you by a writer as clever as Lewis. For once, he breaks his old pattern of lapping up the story of obscure individuals and instead examines figures of the stature of Kahneman, who won the Nobel in 2002, and Tversky, who died before he won such acclaim. Lewis ran into them thanks to a review of his Moneyball in the New Republic by University of Chicago professors Richard Thaler and Cass Sunstein in 2003. Lewis recalls that his book was critiqued for not realising the deeper reason for the inefficiencies in the market for baseball players, the main theme of his earlier book. The professors wrote that the book wasn’t entirely original; in it, Lewis had argued that a data-driven approach to high-stakes decision-making in baseball did not lead to immediate success. They contended that the ‘inefficiencies (of players) sprang directly from the inner workings of the human mind. The way in which some baseball expert might misjudge baseball players—the ways in which any expert’s judgements might be warped by the expert’s own mind—had been described, years ago, by [Kahneman and Tversky]’; that the French economist Maurice Allais dwelt on this subject as early as the 1940s is another story.

That was the inspiration for this book, and the outcome is a captivating account of the lives, times and works of Danny, who has lived long enough to get top recognition, and Amos, who lived fast and died in 1996 from melanoma. The early lives of both these Holocaust children, their precarious teen years, hardships, relationship with families, life in the newly formed state of Israel— all are explained in detail. Lewis is masterful in his narration, starting with Danny’s birth in 1934 in Tel Aviv, where his mother had been on holiday; his return to Paris where he hid the Star of David badge beneath his coat so that other students didn’t despise him; his father’s life as a chemist with L’Oréal, which had bankrolled the Nazis; later the dad’s early death from diabetes; and the family’s life on the run along with a beautiful sister. Amos, on the other hand, is presented as an ordinary looking guy who invariably had a metamorphosis of sorts once he started talking: from then on, his domination of any group, even of bright scientists, was assured. The pages that describe his feats on the war front for which he won bravery awards are a treat.

Lewis writes that once they realised what one needed of the other, their relationship was like that of lovers, sans sex, a kind of bromance. However, personality clashes, as expected between two people with different outlooks towards life, became frequent. In an interview with Lewis, Danny says that he had to try hard to convince Amos that they were equal partners. “He was too willing to accept a situation that put me in his shadow,” Lewis quotes Danny as saying. Amos said nice things in private about Danny, and in the 1980s even called him “the greatest living psychologist in the world”. Lewis digs up more: “…But after Danny told Amos that Harvard had asked him to join the faculty, Amos said, ‘It is me they want ….’ Amos could not help himself from wounding Danny.” Lewis traces their ties well into the late 1980s, by which time it had become a love-hate relationship. He quotes Amos’ wife Barbara: “I would hear their phone calls… it was worse than a divorce.” By 1992, Danny decided to put 3,000 miles between them, and joined Princeton from Berkeley, far from Stanford where Amos taught. These were radically different men, but their bonds were so intense that they decided to work together again in 1993 when they crossed paths at a conference in Turin, Italy. They stopped interacting again before they got together again. Not many months later, Danny got a call from Amos, the second person he called to announce the news: that he had malignant melanoma.

Until Amos’ death, their work was referred to as that of ‘Tversky and Kahneman’. Soon it became ‘Kahneman and Tversky’. And Kahneman’s high point came in 2002 when he won the Nobel Memorial Prize in Economic Sciences. He would go on to write the highly influential Thinking Fast, and Slow in 2011. But now 82, Kahneman says that the Nobel actually belonged to him and Amos, who died aged 59. Theirs is indeed a monumental tale of survival, friendship and success. But then you need someone of Michael Lewis’ genius to pick that story and turn it into a compulsively readable one.