The Man behind the Mahatma

A retelling of the Gandhi story for the young 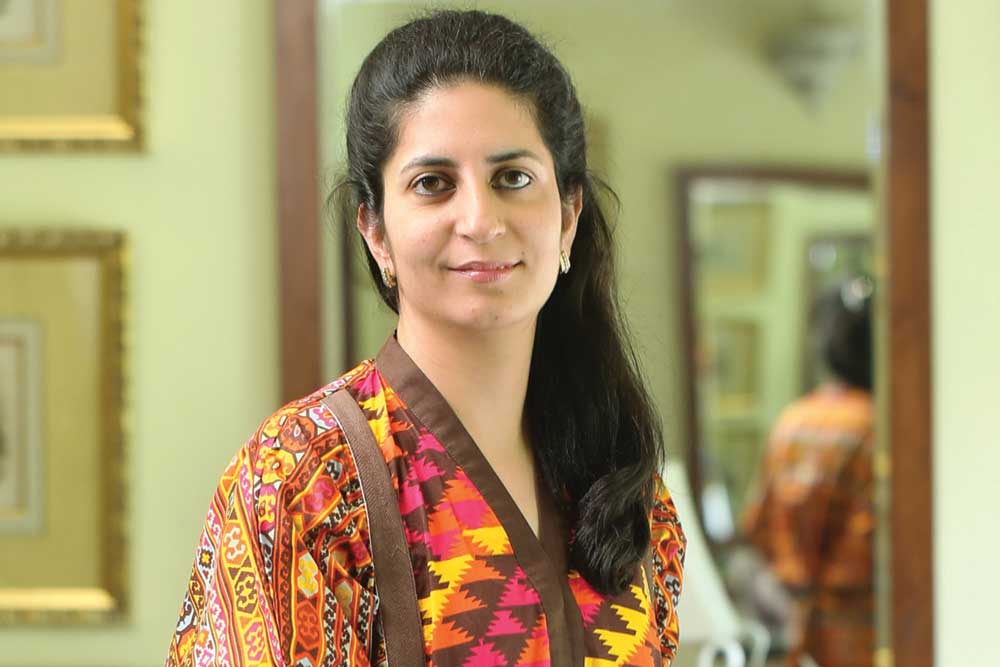 TODAY IN INDIA Mohandas Karamchand Gandhi is less a man and more a symbol. His bald pate and oval glasses reside in our wallets, grace our envelopes, and man our junctions. We see him everywhere, we sing his favourite bhajan, and we celebrate his birth (since it is a national holiday), but somehow in the midst of all this, the man himself has receded in our consciousness. Tales of Young Gandhi (HarperCollins; 216 pages; Rs 499) by Janhavi Prasada (with illustrations by Uttam Sinha) aims to rectify this omission. This graphic non-fiction reminds readers that MK Gandhi is simply human, and a fallible human at that. What distinguishes him from the rest of us is his ability to introspect and his discipline to follow through.

The author and mastermind of the book, Prasada explains the thought behind the work: “Reading a book like The Story of My Experiments with Truth can be tedious. I thought, why not pick out the interesting parts. It was so fascinating to read about this character. We have these saintly notions about him. But he could be a prankster. He smoked, he tried meat… When he went to London, he was struck by the pomp and show and went dancing. But what he did was that he thought deeply about his actions.”

This slim volume—with succinct text and illustrations in muted shades— makes for a quick and enjoyable read. It provides a history lesson that goes down swift and easy. Many of these Gandhi tales, you will be familiar with; a few will prove eye-opening. He emerges as a man of a steel will, and as an unheeding husband and father.

This graphic novel opens with the author’s own story as a 12-year-old in their ancestral home in Shahjahanpur. The young girl learns that her grandfather was a freedom fighter who was involved in the Satyagraha Movement. Years later, the girl asks her father, “Papa, could you tell me what we the youth can learn from Gandhi’s life, from the Satyagraha Movement, and from India’s struggle for freedom?” Her father urges her to turn to Gandhi’s autobiography. And thus begins the tale that chronicles the adventures and misadventures of the young Gandhi.

We have these saintly notions about him. But he could be a prankster. He smoked, he tried meat…but what he did was that he thought deeply about his actions

As a student, he found Geometry a challenge and talking to schoolmates an impossibility. In his youth, he experimented with meat, but found it to be too great a betrayal of his family. He took to smoking, but soon came to believe that ‘smoking is a barbarous, dirty and harmful habit’. At 18, it is decided that he should travel to England to become a barrister and to achieve the impossible task of becoming an English gentleman.

In Tales of Young Gandhi, these life incidents unfold in vivid panels and simple text. Prasada, a filmmaker and former broadcast producer, says, “I like to express myself, and make an impact, in a short, quick and snappy way.” In the media world, she learnt the fine art of telling the story in a compact fashion, with all the facts, figures and tag lines in order to attract readers.

Prasada’s ability to hone in on crucial information in Gandhi’s life ensures that the pages crackle with information and are never weighed down by it. The renowned incident of him being thrown off the train travelling from Durban to Pretoria is told in detail, but more importantly, with heart. Even when Gandhi shows his first-class ticket to the conductor, he is told he must go to the van compartment. Refusing to go voluntarily, he is thrown off the train. The scene of a discombobulated Gandhi, crumpled on the railway platform and surrounded by luggage, comes to life through the lurking profile of the conductor. We do not see his face, and his outline tells us that he is a symbol of prejudice and injustice.

In South Africa, Gandhi sheds his cloak of shyness to emerge as a leader of Indians there. He takes on the cases of indentured labourers who are treated like the property of their masters. By the time he brings his family to South Africa in 1897, he had two charges pending against him which put his life in danger, and he is attacked by a mob. But his refusal to prosecute his assailants shames the Europeans, bolsters his practice and brings notice to the Indian community in South Africa.

In South Africa, his experiments with thrift, which he embarked upon in England, become more potent. He takes the vow of brahmacharya (celibacy), decides to wash his own clothes, cut his own hair and clean his own house. The book ends with Gandhi entering the Congress party. The author says she doesn’t plan a sequel just yet as this phase of his life was more complicated than his decades in social work.

While this book is aimed at young readers, it will be enjoyed by anyone curious about India’s history. The Youth 4 Gandhi foundation started by Prasada uses technology to spread Gandhi’s values. In her research, she found that most youngsters did not know where he was born or where he died as their knowledge of him is severely limited. Speaking from Nainital, where she runs her heritage homestay, Prasada says, “He is so misunderstood. We thought he was a saint. But he is like one of us. We all need to do our own experiments to find our own truth within us.”