The Long Journey of Ravan, Eddie and Their Creator 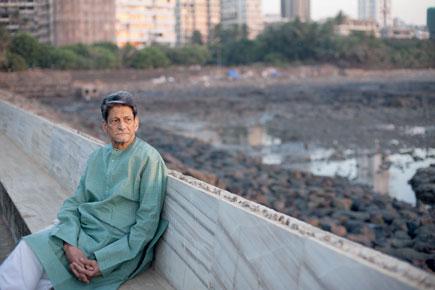 Kiran Nagarkar is not the sort of writer who churns out novels at lightning speed. Saat Sakkam Trechalis, his first, written in Marathi, was published in 1974. Then it took 20 years more for Ravan & Eddie, about two children, a Hindu and a Christian, whose lives run parallel in a chawl. He shifted to English with it. Cuckold happened faster—three years. It took nine more years for God’s Little Soldier. These books, some of them running to 800 and 900 pages, were all hand-written on foolscap paper. When Nagarkar returned to Ravan and Eddie again with the sequel, The Extras, it was the first time he caught up with technology and used a computer, somewhat like his characters who reluctantly come of age as adults. In the sequel to the sequel, the just released Rest In Peace (Fourth Estate, HarperCollins India; 376 pages; Rs 450), Ravan and Eddie have wrenched themselves free of poverty and succeeded in becoming music directors in Bollywood. They move from the chawl—a universe that Nagarkar pulsates with so much life, humour and despair in the first book—to that greatest of Indian ambition, a flat. And then they lose it all, returning to the chawl again to run, in typical Nagarkarism, a funeral service for Hindus.

The Extras was out in 2012 and, by Nagarkar’s measure of publishing time, Rest in Peace has been fast. There is a reason for this and it has to do with the complicated journey of the two characters. Soon after Saat Sakkam Trechalis, a filmmaker from Bollywood approached Nagarkar asking him to write a screenplay. Saat Sakkam had received critical acclaim in Marathi literary circles and the filmmaker, an important Bollywood personality (Nagarkar won’t reveal his name) who made serious movies with a social theme, had heard about the book.

“The first half of the book is extremely melodramatic. Actually, I don’t even think that I should say that it was done in a melodramatic way because it is a terrible thing that happens. A drunkard husband from a good family is provoking his wife to go set herself on fire. And she is so angry, she does. And this other young man who stays next to them is sent to get the mother-in-law. And the mother-in-law is deaf and the whole thing turns into an extreme black kind of comedy. And again we come back to the woman who has burnt herself and by that time she has realised that she doesn’t want to die—she wants to live with her two children and thinks life is worthwhile despite this horrible husband. But very rarely do you get a second chance and she dies. This is what he [the filmmaker] must have… I don’t know what he grasped of it, he must have thought I would be able to write something very strongly disposed to a social commentary,” he says.

By the second meeting, the filmmaker had decided that he and Nagarkar, with his twisted humour, weren’t on the same wavelength. “It is possible to do a social commentary through comedy and comedy can be far more serious than tragedies at times. Anyway he left and I didn’t know what to do,” says Nagarkar.

However, he went ahead and wrote the screenplay with the two characters of Ravan and Eddie. It was modelled on several tropes of Hindi films, one of which was the abrupt transition of heroes from boys to adults that you see in Hindi films of the time. In the screenplay, something similar happens and Ravan and Eddie are actually grown-ups in it. They only existed as children in his first novel. “The screenplay was entirely about The Extras and Rest In Peace. I did not write about the children. Everybody thinks that Nagarkar went to the second and third book after such a long time. That was not the case. I went to the first book without planning it,” he says.

Some of this is evident in the tone of the books themselves. Ravan & Eddie has the temperament of a novel, writing that takes its time, veering often in uncharted directions and taking liberties in form. In the first book, Ravan and Eddie are almost incidental elements in a communal tapestry of chawl life. The book also features digressions in its flow by way of small, humour-laced social commentaries, like the conflict for scarce water supply or on a popular cosmetic called Afghan Snow that people used on their faces to look fair. Rest In Peace is entirely focused on Ravan and Eddie, their personalities, relationships and adventures. It is a book that hurries along as the two are subject to a relentless sequence of events. What is common to all the three books is a mixing of the starkness of life with a deliberate exaggeration often bordering on the absurd. Take, for instance, that Ravan and Eddie are not just Filmfare Award winning music directors in demand from every filmmaker in town but they also do fight sequences and choreography. Or the presence of an underworld don who writes confessional letters to Ravan. Or lines like this, ‘Even after I got my first break and bought a place of my own and got married, I still sat on the haunches on the ceramic rim of the toilet bowl as I had done in my home in the small town outside Agra, for at least three, maybe four years’. Or them setting out to produce a movie and a shoot-out involving a dacoit on the sets destroying their career, packing them out of Bollywood and back into poverty.

“What I am doing is establishing a particular territory. You have extreme realism but you also have a middle ground where you don’t know whether your fantasy comes into play or what is happening there,” he says.

After finishing the screenplay in the 1970s, Nagarkar began Ravan & Eddie as a Marathi novel and wrote about 70 to 80 pages of it. Then he gave it up—in what turned out to be “a very long break from writing”. There were a number of reasons for this. He had lost his job after the advertising agency where he and the poet Arun Kolatkar were creative directors shut down. They were also the only two from that company who couldn’t find another job and the years that followed were very difficult because suddenly he had moved from an environment of relentless work to struggling as a freelancer.

Another reason for his inability to write was the Marathi novel not selling much, despite some even saying he had reinvented the language. “My novel was supposed to be a classic, but it took 27 years to sell 1,000 copies. The reputation of reinventing the language was among a very small number of people. It was also very heavily doubted,” he says. There was his own self-doubt as to whether his writing was any good. “Some very silly notion on my part, that this is not going to work out. My writing career. We must never pay attention to it,” he says.

It was towards the end of 1991 that Nagarkar returned to Ravan & Eddie. “It had been plaguing me that I had not been doing anything with myself apart from work. Then I got a Rockefeller Fellowship (to Germany) for eight months. And the Fellowship, I realised when I went there, was given to me to learn to sweep and swab my floors, to go and collect my groceries from about two miles away. I was not given a shoestring budget, it was not even one single shoestring. The only person I ran into was in the lift and that is because there was a mirror there. God bless those eight months. That gave me a bit of a rough time, but I started writing again,” he says.

The decision to write in English wasn’t a departure because Nagarkar had been educated in English most of his life and his work in advertising was also in that language. Whenever he’s asked why he shifted to English, his answer is that the unusual thing was that he wrote his first book in Marathi, for which he has no explanation.

He had once gone to meet the writer Dilip Chitre at his residence. There, Chitre casually told Nagarkar that his father, who published a Marathi magazine, has asked him to edit one particular issue. “I don’t know what that statement had to do with me. I just came back home, wrote my first short story in Marathi, one page long, and it is a short story that I am not ashamed of even today. The next thing I knew was that without knowing it I had begun to write my first novel,” he says.

When he switched to English with Ravan & Eddie, he felt racked with guilt about whether he was betraying his mother tongue. “I gave myself a horrendous time,” he says. But he came to terms with it, convincing himself that as long as he had integrity in writing, it didn’t matter what language he wrote in. The Marathi media continued to think of him as a traitor. When Ravan & Eddie’s translation was published later, not a single media outlet in that language reviewed it. He says some have forgiven him but there is still some of this feeling in those quarters. “Now Cuckold is in Marathi, Ravan & Eddie is in Marathi. They are going to translate Extras also. There will be a small section who will forgive my sins because they love my work. The rest of the people…”

Rest In Peace might be the last we see of Ravan & Eddie, even though right at the end of the book there is a hint that leaves the gate open for more. Nagarkar hopes that they will live on in other mediums, and there is an irony in that, considering that they were written for another medium almost four decades ago. “As far as I am concerned, those three books are pure cinema. If anybody has the sense, there are three movies at the very minimum, or you can easily have a television serial. Let somebody else take it over,” he says. 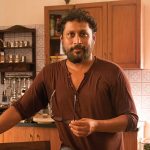