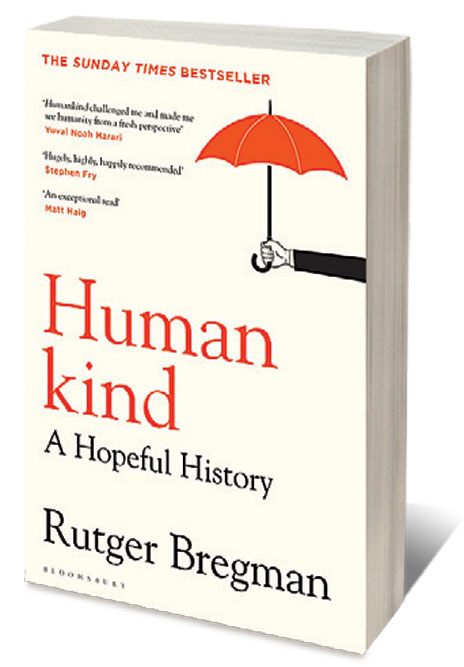 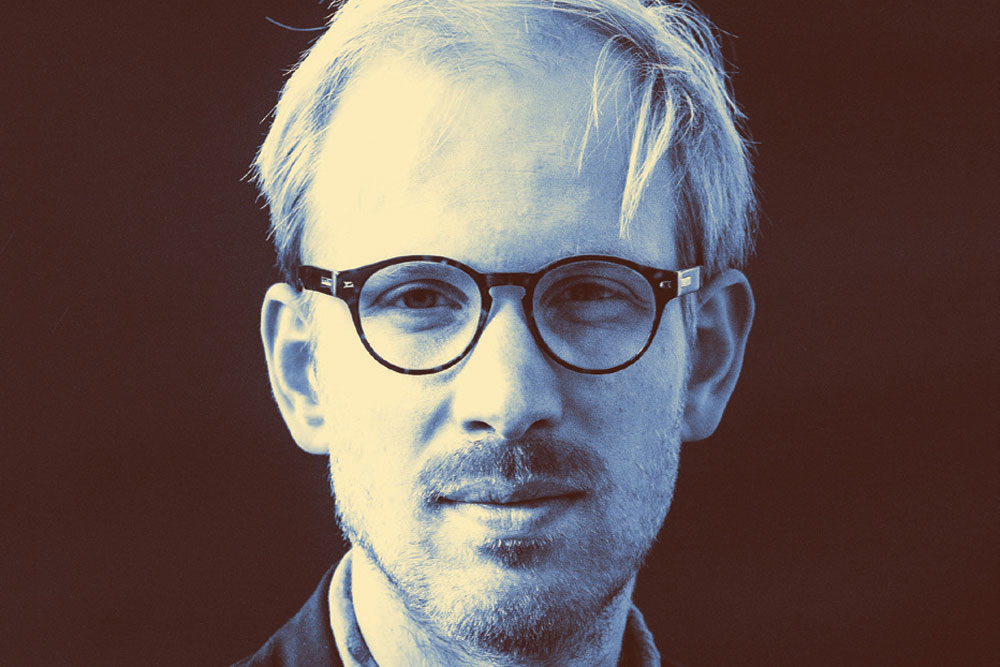 
IN EARLY MAY, AS the pandemic trapped people in their homes and drained their spirits, an upbeat story on the Guardian went viral. The little-known tale featured a group of Tongan teenagers who in 1965 washed up on a tiny Pacific island. With no civilisation in sight and little hope for immediate rescue, the boys were forced into survival mode. The premise sounded eerily like the horror of William Golding’s Lord of the Flies, where plane-crash survivors on an island—all children—foment chaos and destruction.

But for millions of readers of Golding’s 1954 novel the real-life ending in the Tongan story came as a surprise and a welcome corrective. Unlike their fictional counterparts, the Tongans cooperated, improvised and survived in splendid harmony until their rescue 15 months later. “Maybe especially at the beginning of the corona crisis people were yearning for a different kind of story,” says Rutger Bregman, a journalist and writer whose book Humankind: A Hopeful History (Bloomsbury; 496 pages; Rs 699) the
Guardian story was excerpted from. “Isn’t it strange that for decades we’ve been forcing kids to read this really dark tale of who they are? Well, okay let’s also tell them about the one time that we know that really happened, because that’s a very different story.”

Humankind pivots on this idea: our assumptions about human nature are all wrong, that drenched in the brine of cynicism we have lost sight of the facts. And the facts are that for the most part human beings are decent.

“We often assume that when things become tough people start to behave in a selfish or nasty way,” says Bregman, from his home in the Netherlands. “I call this veneer theory. That civilisation is actually a thin veneer [for our worst selves]. Actually, what science has discovered is that people pull together when things get tough. When there’s a tsunami or earthquake what you get is an explosion of cooperation and altruism.”

What about a pandemic? “I know we have seen quite a bit in the news about people behaving in a selfish way or hoarding toilet paper but if you zoom out we can recognise that the vast majority of how people behave has been pro-social in nature,” he says. “Billions of people around the globe quite radically adjusted their lifestyles to stop the virus from spreading further. That is to me the headline and the most important thing to remember.”

Bregman is a 32-year-old rising star, who shot to fame in 2019 when he blasted super-rich grandees at Davos for not talking about higher taxes. “It feels like I’m at a firefighters’ conference and no one’s allowed to speak about water, right?” he said.

Bregman is now being likened to Malcolm Gladwell and Yuval Noah Harari, historians and writers whose sweeping, discipline-defying approach he shares. “It’s obviously a ridiculously ambitious book,” he chuckles. “You can call it hubristic.”

Humankind ranges over millennia, nimbly zapping across geographies and societies to buttress its central thesis. “I realised scientists from so many disciplines had been moving towards a more hopeful view of human nature, but they often didn’t know it from each other,” he says. “And then I thought hey, maybe someone needs to connect the dots, bring all this together and show that something bigger is going on.”

In doing so he takes a battering ram to some of our readiest assumptions. Our ancestors were not wicked savages trapped in an endless struggle for resources. We didn’t evolve because our forefathers were faster, smarter, stronger, but because they were friendlier. Bystander effect—that people avoid helping strangers in need—is not quite what it’s cut out to be. Soldiers, conscripted to fight, actually hate firing weapons.

These insights are culled from an entertaining romp through anthropology, archaeology, psychology, biology, often unpacking foundational academic principles in the process. It’s not hippy-dippy Chicken Soup for the pessimistic soul but a bracing account of humanity. “What I’m trying to do is redefine what it means to be a realist,” says Bregman. “Very often when we say you need to be more realistic we mean be a bit more pessimistic or cynical. And I think that’s actually wrong. I think the cynics are naive and it’s much more realistic to have a more hopeful view of nature, to emphasise we have a role to cooperate and be friendly. And this is actually our superpower as a species. It explains why we conquered the globe.”

Homo puppy as Bregman benignly renames our ancestors survived through fraternity not fractiousness. Wars became common only once nomadic groups established settled societies with their attendant ideas of possession and property.

“In a tough environment such as the Ice Age you could only survive if you had a lot of friends,” he says. “Imagine someone like Trump in prehistory, he wouldn’t have survived for long. People wouldn’t have liked him… This changed quite radically not very long ago when we settled down. And now we seem to live in a world of the survival of the shameless. That’s not where we come from.”

Yet, the bleaker notion of ourselves is the prevailing one. Bregman attributes this to a few factors: one, the news we consume, a kind of psychological junk food that focuses on everything that goes wrong, crises, violence.


Billions of people around the globe quite radically adjusted their lifestyles to stop the virus from spreading further. That is to me the headline and the most important thing to remember, says Rutger C Bregman, historian

Second, some of these ideas are deeply embedded and those who govern us find it useful to perpetuate them. “The notion that we are selfish is in the interest of those in power. Cynicism is the main ideology of our rulers,” he says. “Hope is a very dangerous thing. It means that people can go on the streets and question the status quo.”

Bregman’s compelling and counterintuitive argument that people are basically decent is all fine. But how can you then explain the Holocaust? Ethnic cleansing? Terrorism? He spends several pages tackling the baser instincts of man, and commonly held beliefs about the ‘banality of evil’ or the hidden villains in each one of us. The top brass of the Nazi party may have been murderous, ideologically driven nutters, but what of the ordinary folk, the footsoldiers? “Indeed they were not motivated by ideology or anti-Semitism but more by comradeship and loyalty to fellow soldiers,” he says. “This is the dark truth about our species. Often, we do the most horrible things in the name of comradeship, loyalty, friendship,” he continues. “The real paradox of my book is that on the one hand I argue that people have evolved to be friendly and on the other hand I’m saying that friendliness is exactly the problem.”

Bregman notes that ethnic solidarities often supersede individual goodness, that kindness tends to extend to those like us. Studies on toddlers and children have shown they prefer those like themselves. But biology is not destiny. “The most powerful medicine against hate and racism we have is to bring people in contact. It’s easy to hate someone who is abstract, someone you’ve never met,” he says. “From a young age kids should be in contact with as much diversity as possible, rich, poor, left-wing, right-wing, different colours and ethnicities. Then we go back to our original hunter-gatherer model of living together. They had flexible societies, huge networks and often switched groups. I think we need similar fluidity.”

He’s careful though to distinguish optimism from hope: “Optimism is a form of complacency… hope impels you to act”—and concedes that climate change, corruption, authoritarianism are real problems. But on balance we are better off than before. There are really good reasons to be anxious and fearful but there are good reasons to have hope for the future, he says. “Because we have seen ideas that used to be dismissed as marginal and crazy have been moving into the mainstream. Higher taxes on the rich, ambitious policies against climate change, universal basic income [UBI]… That’s quite exciting and an example of the shift in the zeitgeist.”

Bregman previously dwelt on UBI in his first book Utopia for Realists. Humankind returns to similar themes, showcasing how the laxer, more generous view of humanity has worked: open prisons, unstructured schools, employee-driven companies. Ideas that sound radical turn out to be highly practical. “Cynicism is a legitimisation of the status quo. Hope is a moral duty. That doesn’t mean we say that people are naturally angels, because we clearly are not. But we have this strong capacity in us to cooperate and do the right thing.”

Bregman continues to write for De Correspondent, an online platform, and is currently researching climate change.

And what about Lord of the Flies? He still enjoys it as fiction, not prophecy. “It’s well-written but highly unrealistic,” he says, with a laugh.