The Ho-Hum Secrets of the Hills

A whodunnit offering readers the opportunity to play murderer bingo 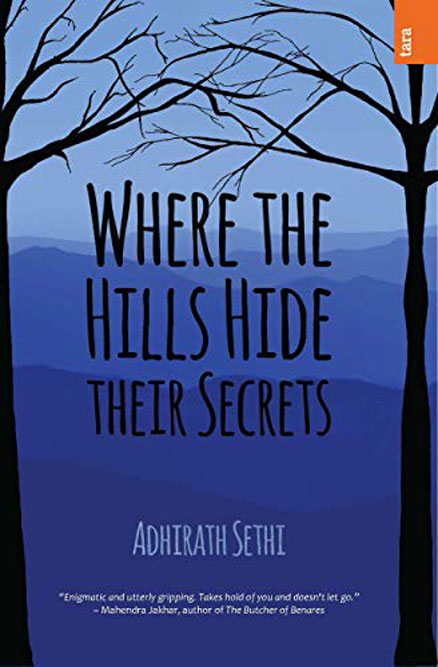 Where The Hills Hide Their Secrets begins with one of those melodramatic albeit tantalising prologues reminiscent of the Golden Age of Detective Fiction. A disgruntled domestic worker with secrets on her lips breaks into the empty manor of her former employer to steal money that is owed to her. Unfortunately, she is discovered by someone and choked to death. ‘The man said nothing, advancing towards her, menacingly. Growing up, Susheela had seen enough violent men to recognise the strain of insanity laced in his glazed eyes. It was a look of someone about to commit to blind intractable rage.’ It’s an effective mood setter, offering readers the opportunity to play murderer bingo with every male character in the novel.

Unfortunately, the rest of Adhirath Sethi’s readable but disappointing second novel never quite lives up to the expectations of a hill station whodunnit. The book is set in the fictional hill station town of Nalanoor, ‘an impertinent burst of green on the Blue Mountains; more England than South India, hidden away in the Nilgiris and too deeply trenched in its own traditions to succumb to the changing landscape of the rest of India.’ It follows multiple characters, many of whom are immensely wealthy tea plantation scions, navigating their lives barely two decades post independence (although there are timeline inconsistencies). Vishnu, a young respected lawyer, returns from Madras to his pregnant wife, Maya, after winning a four-month legal battle for control of his estates. Tim, Vishnu’s best friend is in a funk with his business and marriage both crumbling. Newlywed Mridula, Maya’s younger sister, suspects her husband is having an affair with a business partner. She turns to Mani, a childhood friend in love with her, for help with a noxious plan. In the midst of this, Vishnu decides to help his gardener Sam, who is accused of the murder of his wife whose corpse is found in a lake.

Where The Hills Hide Their Secrets is hampered by some sloppy editing. Characters are referred to as ‘speaking in Tamil’ which confuses the reader’s linguistic assumptions. Are we to assume that all other conversations in a small hill station in mid-1950s Madras State are taking place in English? Sethi also uses ‘South Indian’ multiple times in the novel, a homogenising term that seems more in vogue in the North than South. Sample this; ‘She was short and slightly on the plump side—just enough to be alluring in South India, where men were known to like their women more ample than lean.’ Sethi’s depiction of women is frequently retrograde. ‘She was, by an incalculable margin, the most beautiful woman he had ever seen. Her large almond shaped eyes, full lips and wheat complexion resonated with femininity.’ While Maya is no more than an ethereal cipher, Mridula with her relentless obsession with her husband’s infidelity might be an even thinner character. Twists that deepen their characters come too late to make a difference to the book.

Sethi mashes together delectable elements—desolate mansions in palatial estates, elderly valets, a country club,  caste dynamics, and small town scandals—that could have taken the narrative in multiple invigorating directions, be it cozy mystery, gothic nightmare, social drama or small-town thriller. Vishnu’s estate is called Mandalay, its homophonic similarities to the country estate in Daphne Du Maurier’s Rebecca, almost constituting a literary promise. ‘Wealth may have been what brought the elite up to the hills, but the currency that kept them relevant was gossip.’ Instead, the novel, like many of its characters, is genteel when it should be frenzied. Sethi is a talented writer but his inability to wholeheartedly embrace the gratifying tropes of the genre makes the central mystery feel like an afterthought by the novel’s closing act.

The Ho-Hum Secrets of the Hills