Making sense of the Asian resurgence 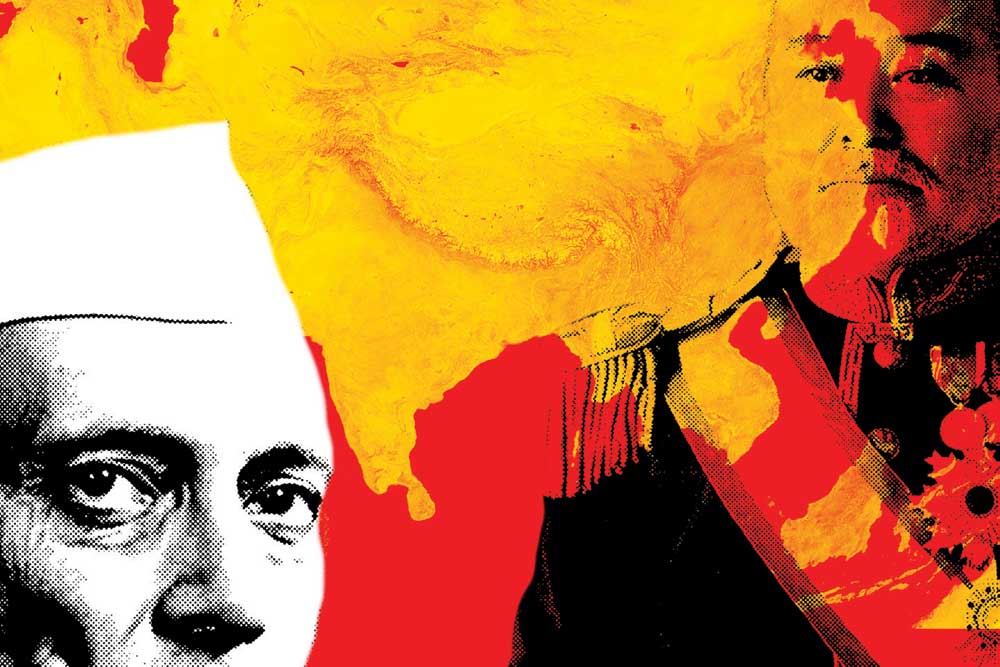 THE SCALE OF analysis is wide, the insights penetrating, the writing lucid. Prasenjit K Basu’s investigation of the world’s largest continent is as incisive as it is expansive. In this 680-page dumbbell- like tome, Basu has captured the unity as well as diversity of Asia—geographically from the Arabian peninsula to Japan, ideologically from imperialism to socialism, sociologically from religion to culture. In driblets, we’ve known all this, right from the first few lessons in primary school. But the immensity of Asia, viewed through the coloured glasses of colonialist history, has cut it up into fragments—the warring West Asia, the rising Southeast Asia, the economic success first of Japan, and now of China and India. Basu’s Asia Reborn breaks through these intellectual barriers and puts the continent together through a cohesive, gripping narrative.

The world’s largest religions emerged from Asia—the conservative and exclusionary Christianity, Judaism and Islam from the western side; and the inclusive and liberal Hinduism, Buddhism, Jainism, Sikhism, Sufism, Confucianism and Shintoism in the East. Within a single continent came these two varying and diametrically-opposing schools of faith. Through a careful reading of the book, Basu forces us to ask questions: could the export of Christianity to the West and its instant political absorption there have had the unintended consequence of binding the tiny and diverse continent of Europe into one united by the launch of imperialist colonialism in Asia, Africa and North and South America with its attendant physical and political savagery?

Of all nations in 20th century Asia, Basu writes with dollops of admiration, one stood out and laid the foundations of nationalism in Asia—Japan. He likens 20th-century Japan to 19th-century Napoleon, where both through their imperialist conquests and crushing defeats helped modernise Asia and Europe respectively by building institutions of law and administration. He makes a difference between European and Japanese institution building, however, noting that the legacy of Europe is exaggerated, while that of Japan’s—which until the US bombed Hiroshima and Nagasaki ruled over Indonesia, Malaysia, Singapore, Taiwan, Korea, and half of China—is underappreciated.

‘East Asia is dynamic and independent today because Japan stood tall against Western imperialism between 1905 and 1945, helping to incubate nationalism across Asia,’ writes Basu. His appreciation of Japan is not unique. ‘Two oriental nations have come powerfully under the influence of Western ideas and felt the impact of European civilization during the nineteenth century, India and Japan,’ wrote Sri Aurobindo in 1906. ‘The smaller nation has become one of the mightiest Powers in the modern world, the larger in spite of far greater potential strength…remains a weak, distracted, subject and famine-stricken… unable to realise its great possibilities.’

That politically India continues to embrace a failed ideology of socialism, such as the reintroduction of selective price controls, is a cause for concern

More known for its cruelty, Japan in Basu’s view, was the pivot of nationalism in 20th century Asia. It dominates most of the discourse through the book, perhaps rightly so, with lessons for rising nations against the pitfalls of aggression. The China of today, with its creeping economic and strategic imperialism in Sri Lanka, Pakistan, North Korea, South China Sea and more through its One Belt One Road initiative, mirrors 20th century Japan. Depending on how it articulates its ‘great power’ ambitions, China will continue to be seen politically with contempt and hatred, but economically with admiration.

Basu’s analysis of Taiwan shows how small nations find it hard to stand up to the interests of larger ones. Backed by the US and Japan, this small island nation state not only lost its sovereignty to China, buts its permanent seat on the United Nations Security Council as well. With that gone, it also couldn’t approach UN- affiliated institutions like the IMF and World Bank. It helped that the ‘Japanese colonisation of Taiwan had been more akin to England’s approach towards Wales and Scotland,’ unlike its colonisation of Korea, which was like England’s approach to Ireland. For Taiwan to be counted among the technologically leading nations, despite the constant threat from China is a feat.

Quoting delightful statistics, Basu shows the difference in the British versus Japanese approach to colonialism. ‘By 1939-40, Taiwan had a primary school enrolment ratio of 60 per cent—double the average of Asia as a whole,’ he writes in a chapter on how Taiwan’s and Korea’s paths first diverged, then merged, as both embraced the Japanese model.

Coming to India, across several chapters, the role of the Congress in India’s Independence has been underlined by the pettiness of individual politicking over the largeness of ideas like Poorna Swaraj. The isolation of Subhas Chandra Bose in favour of Jawaharlal Nehru, for instance. Nehru accepted ‘dominion’ status for India, which allowed the British to protect their commercial—and racial—interests in India after Independence, employing only British managers, colonial attitudes of control in administration, and accumulating ‘Sterling balances ’, leaving India reeling under 70 per cent inflation in 1943. ‘Britain was acting like a customer who enters a warehouse, empties it of all its food, timber and other resources, but merely makes a promise to pay later,’ Basu writes.

‘Nehru,’ he continues, ‘attempted to graft a Soviet-style planning approach onto a colonial-era bureaucracy with mediocre results.’ While Nehru’s policies were similar to Stalin’s Soviet Union and Takahashi Korekiyo’s Japan in the 1930s, the Nehru-Mahalanobis duo paid little attention to financing the strategy. Politically, ‘the British have worked hard to obliterate Bose’s memory (aided by the Congress party’s machine in India).’ But whether things would have been different had India followed the ideas of Bose, remains an open and speculative question. That politically India continues to embrace a failed ideology of Socialism, such as the reintroduction of selective price controls that may mushroom and take us back to the stifling 1970s, is a cause for concern. The 21st-century India has better tools at its disposal—regulatory structures, laws to enable competition, and the ability to track every rupee down to the last beneficiary—and needs 21st-century policymaking.

Basu’s is a thought-provoking look at the continent. He has been able to chronicle its 100-year journey into an insightful narrative using perspectives from history, economics, politics and sociology. ‘A continent that lay supine and exploited in 1900 had been transformed by 2017 into an industrious, dynamic and increasingly creative force capable of taking humanity to new heights in an Asian 21st century,’ he exudes optimism, once again highlighting the role of Japan to whom ‘Asia owes a deep debt of gratitude’. Asia Reborn is an important book backed by hard research and wide perspectives—read it, and then reread it.

Going beyond the book, the core of the fall of nations is the weak spirit of its people; in their rise, a strengthening vitality. It is easy to lay the blame for the enslavement of the world on technology and military prowess of colonial powers. But above all, the fall of nations comes because its citizens have been benumbed by prosperity, whose spirit has been dulled into submission. The case of 20th century Japan illustrates it—since the end of the 1980s, it has been languishing, leaving a trail of lost decades. The rise of China today embodies the expression of an awakening nation that is strong and getting prosperous but doesn’t know how to use that power for good—will it follow Japan? India is waking up from centuries of slumber, but its rise is too tentative and too slow for the aspirations of its 1.2 billion people. Once it does, will it be able to hold on to its prosperity, reduce inequalities, and above all, express a new world order of harmony? Whatever the answer, Asia remains the world’s most exciting geography and Basu’s book is a kaleidoscope that showcases the complex patterns of its constantly changing dynamism.