The Future of Love 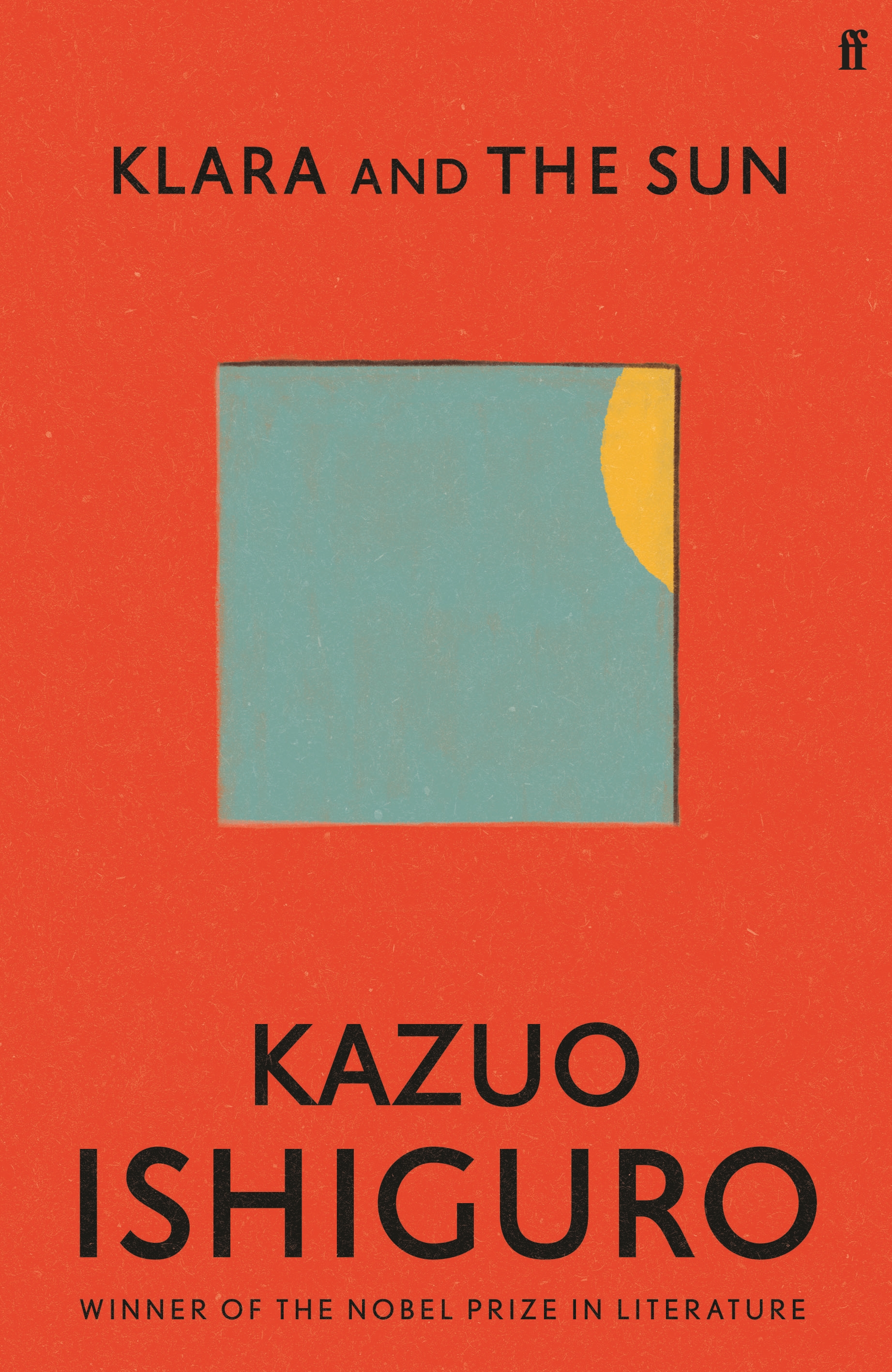 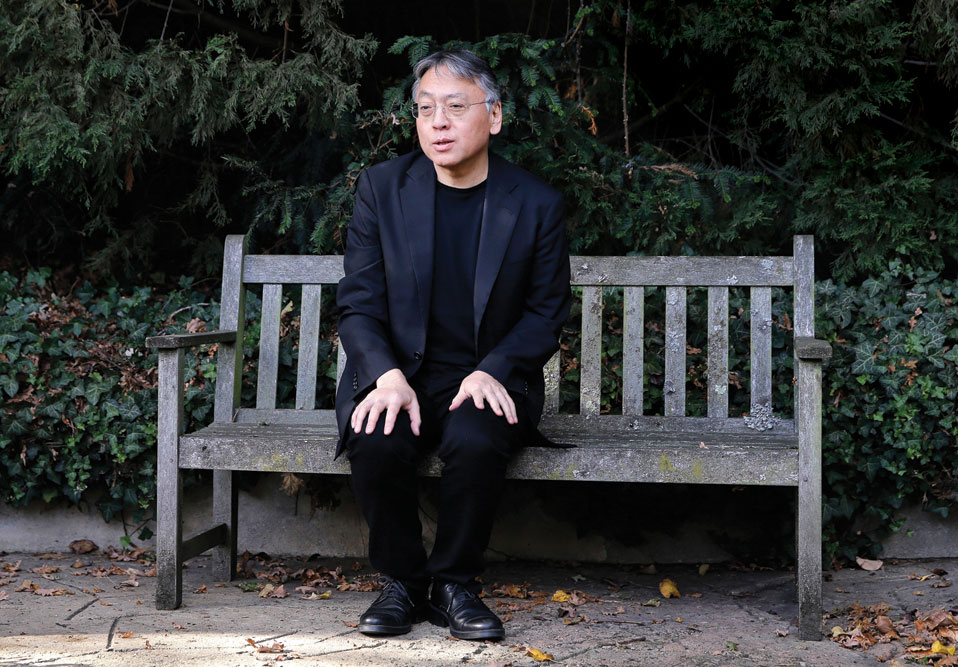 
TOWARDS THE END of Kazuo Ishiguro’s Never Let Me Go (2005), one of the characters mentions a scientist who wanted to offer people the possibility of having children with enhanced characteristics: ‘Superior intelligence, superior athleticism, that sort of thing… far beyond legal boundaries.’

His work, we’re told, was frowned upon and prohibited: ‘A generation of created children who’d take their place in society? Children demonstrably superior to the rest of us? Oh no. That frightened people. They recoiled from that.’

Such a scientist would have been welcomed into the world of Klara and the Sun, Ishiguro’s first novel since winning the Nobel Prize in Literature in 2017. Where Never Let Me Go revolved around the consequences of cloning for organ donation, Klara and the Sun deals with how artificial intelligence (AI) and genetic editing have changed the world.

Over the years, this is a subject that writers of science fiction have developed in many rewarding ways. Of late, it seems to be occupying the minds of so-called literary fiction authors, too. Ian McEwan’s 2019 novel Machines like Me, for example, imagines 1980s’ Britain as a place where the ‘first truly viable manufactured human with plausible intelligence and looks, believable motion and shifts of expression went on sale.’ And one of the storylines in Jeanette Winterson’s Frankissstein, a recent interpretation of Mary Shelley’s classic, involves a doctor who tries to blend smart medicine with machine learning.

Ishiguro’s take on the subject is quite different because, deep down, his concerns aren’t really to do with the ethics of scientific progress. The Klara of his novel’s title is called an AF: an ‘artificial friend’. One could argue that the characters in all his other novels are similarly aware of their own artificiality.

It’s a trait they grapple with as they navigate the shape-shifting nature of memory, searching for what it means to be an individual seeking connection with others. Many of his novels use familiar literary conventions as ways of examining these abiding interests. It can be said that Ishiguro’s fiction enacts the same search for authenticity carried out by his unreliable narrators.

Take Stevens, in the 1989 Booker prize-winning The Remains of the Day, forever trying to don the mantle of a dignified butler while also wondering ‘if it is the case that in bantering lies the key to human warmth’. In A Pale View of Hills (1982), which combines tropes of horror with domesticity, Etsuko confesses that her memories are often ‘heavily coloured by the circumstances in which one remembers’. And Christopher Banks, the hapless detective of When We Were Orphans (2000), recalls that in school, he ‘rapidly absorbed the other gestures, turns of phrase and exclamations popular among my peers.’

All of them are uneasy with such negotiations between past and present. At times, this takes the form of melancholic drifting and denial, as with Masuji Ono in An Artist of the Floating World (1986). With Axl from The Buried Giant (2015), ‘a sense of some unnamed loss would gnaw at his heart.’

Klara is different from such characters because she is content with her constructed nature from the start. At the novel’s opening, she is standing in a shop window, one of many AI-powered humanoids who have been designed to serve as companions for children. Klara and her ilk are solar-powered, and her relationship with the sun is that of devotion and even supplication to a lifegiving deity.

For the shop’s manager, Klara has an amazing ‘ability to absorb and blend everything she sees around her’. The more she observes, the more she processes.

Soon enough, she is taken home by a delighted 14-year-old Josie and her mother. Klara is lucky to be with Josie—in a later scene, other children view their AFs as performers and entertainers, little more than insensate robots. Because of an unspecified ailment, however, Josie is often too tired to get out of bed, and Klara has to serve as both companion and carer.

Little by little, aspects of this society are made clear through the eyes of Klara, the first-person narrator. Here and elsewhere, Ishiguro uses defamiliarisation, as Russian theorist Viktor Shklovsky once put it, ‘to impart the sensation of things as they are perceived and not as they are known.’ Ishiguro’s affectless prose style is well-suited to this approach. In particular, Klara’s visual sense is often dwelt on, with patterns of cones, squares and boxes.

This is a world of the near future that blends the familiar with the unfamiliar. People stare at their ‘oblongs’ at breakfast and while walking in the streets, while students get lessons from ‘oblong tutors’. It is also a time when children are ‘lifted’, that is, genetically modified for increased abilities.

AI has created other social divisions, which come to light in the course of the novel’s unhurried release of information. Scientists such as Josie’s father and other professionals have lost their jobs because of ‘the substitutions’, and many have banded together in groups. Even among children, there are class differences between the ‘lifted’ and the ‘unlifted’, evident from a scene during which many are wary of Josie’s boyfriend Rick.

As the nature of Josie’s ailment becomes clear, the reason for Klara being chosen as her companion becomes darkly apparent, too. This is hinted at, for example, during a trip taken by Klara and Josie’s mother to a nearby waterfall, eerily reminiscent of the cablecar ride in A Pale View of Hills. It is now up to Klara and her beloved sun to try and sort things out.

Many of Ishiguro’s novels also gain their power from the claustrophobic backgrounds against which his disordered narrators roam. Think of war-torn Shanghai and postwar Nagasaki in When We Were Orphans and in An Artist of the Floating World; Hailsham boarding school and Darlington Hall in Never Let Me Go and The Remains of the Day; Kafkaesque town streets and foggy, post-Arthurian Britain in The Unconsoled and The Buried Giant.

In contrast, the sense of place in Klara and the Sun is out of necessity more banal. It’s largely set in the interiors of modern-day homes and everyday city streets that are occasionally polluted by road construction equipment. However, this is enlivened by Klara’s descriptions of the way they are reconfigured by the sun’s rosy-coloured rays.

If the novel is not as haunting as much of Ishiguro’s other work, it’s largely because the theme of memory’s deceits isn’t delved into as deeply. There’s also less tension between the way characters behave and the way they feel. For all that, Klara’s sweetness and sacrificial efforts are portrayed in a manner that is quietly moving and affecting. Above all, there is an endearing sense of hopefulness.

Klara and the Sun is to Never Let Me Go as Klara is to Josie: a companion and oblique reflection. In the latter novel, there are debates over whether the creation of art is a fundamental quality of being human; in this one, Klara feels that what is most special about Josie is ‘inside those who loved her’.

Philip K Dick, a writer vastly different in style and intent from Ishiguro, once said that the topics which fascinated him were “what is reality?” and “what constitutes the authentic human being?” In his own understated yet formidable novels, Ishiguro has continued to ask these questions, too.