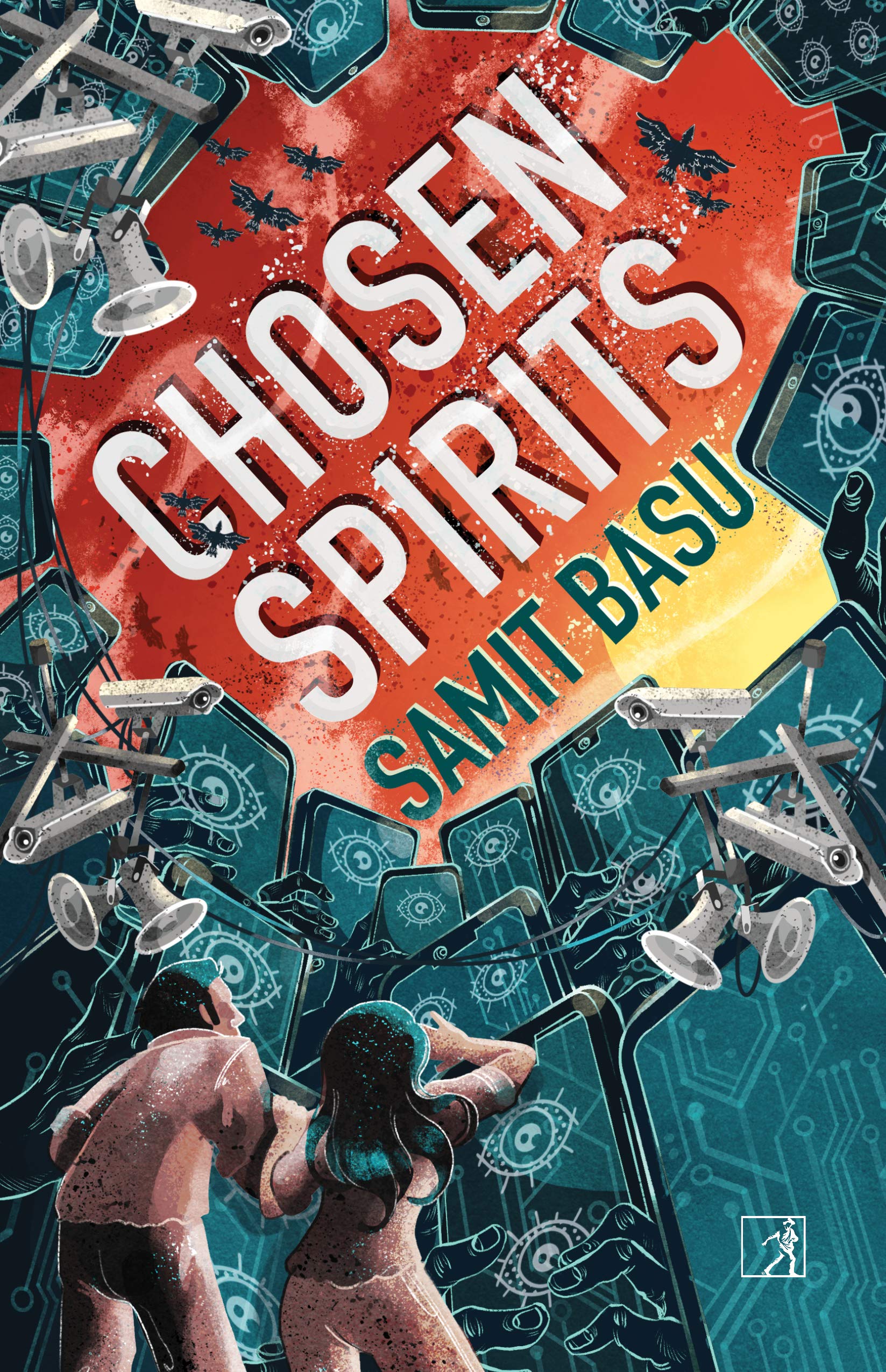 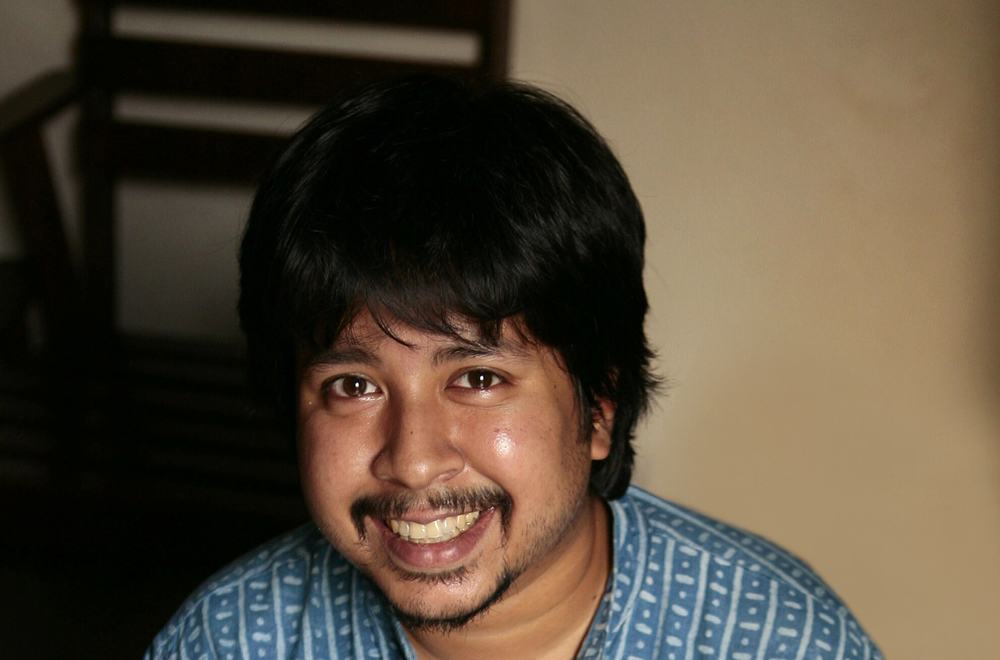 
Nothing is more disconcerting than reading fiction with themes far too close to the bone that reflect the hard-to-stomach realities of the times we live in. Perhaps it’s even more unsettling when a book claims to be near-dystopian but mirrors reality, bending it just enough to create a frighteningly convincing piece of fiction. Samit Basu’s Chosen Spirits, set not far into the future is utterly persuasive in its construction, scathing in its cynicism and is laced with social commentary.

Chosen Spirits plays out in a period where ‘diplomat families’ are required to, ‘minimise private conversations because they’re targets for world-class hackers.’ It’s still a future with, ‘broken exams, corrupt admission, no jobs…’ and in the Delhi where it unfolds, there is now, ‘compulsory cow urine drinking in all schools and government sponsorship for Muslim-identification squads.’ But the future also has a brave Muslim investigative journalist, Zaria Salam, a la you-know-who, so there’s still hope.

In blending the absurdity of the daily news-cycles of our lives with fiction by spiking it just enough with dystopian creds, Basu paints the near future as a sort of capitalistic / technocratic domicile that still hasn’t left its bigotry or social inequalities behind. Given this world already exists in some form or another, all this is not too hard to believe.

The book’s main characters, Joey and Rudra are caught in a system fueled by an unequal techno-capitalism. Joey is employed as an Associate Reality Controller, responsible for curating the content on Flow—a futuristic Instagram-like platform. The Flowstars—influencers—monitored by Joey on the app are stuck in a reality show setup where they stream each other’s lives in an Instagram meets ‘only fans’ situation. Rudra is an outcast in his rich family who reconnects with Joey in search of a job but just outside the confines of constant social media streaming, there’s dissent brewing.

The apps in Chosen Spirits are indigenous (perhaps we have indeed become #Atmanirbhar?) and Siri has been replaced by a more intrusive Narad who monitors moods and body functions and sends reports to doctors. Homegrown authoritarianism—reminiscent of state-controlled invasive monitoring of people’s lives—has become the norm. Dissenters are ‘unpersoned,’ from their families, yet resistance is simmering below the surface and secret messages are passed through Kolams.

Despite all this, India is, ‘still nominally a democracy,’ but ‘Bangladesh’s economy has been growing faster than India’s for a whole generation.’ Delhi’s air though, is still toxic. Rich people invest in digital tourism companies.

“It’s in expecting the worst that helped me prepare for it,” Charlie Brooker, the creator of Black Mirror, recently told an interviewer about his Corona lockdown regimen. In some ways, Chosen Spirits revels in the concept of ‘expecting the worst’ and in doing so, Basu seems to have had immense fun in going just far enough to tweak the present-day reality and imagining a future that is at once relatable and chilling. It’s anyone’s guess if we’ll be prepared for the reality presented in the book but it’s still heartening to note that a live-streamed rape is as much a national crisis as the lynching of a prominent industrialist’s son in the near-future.

Though every human turning into a bionic zyborg with implants is not a plausible reality, a future where capitalist interests fueled by big data dictating all aspects of life is not entirely inconceivable. In fact, with near-accurate and predictive algorithms, it’s easy to argue that we are almost there in many aspects. Perhaps why sometimes the book just feels like societal commentary on the present but in others it’s also a sign of things to come—a sort of believable prophecy.

The book’s unique brand of indigenous dystopia—though not reminiscent of Prayag Akbar’s Leila, yet falling in the same genre—trains its lens on existential crises, not straying too far from reality, keeping the reader on a tight leash. Basu writes in the acknowledgement section: ‘this book is set not in dystopia, but in a best-case scenario.’ The only angst is that Chosen Spirits’s near-dystopian realism, terrifying as it is, feels like we may as well be staring at a similar, bizarrely prescient future.