The Eternity of Return 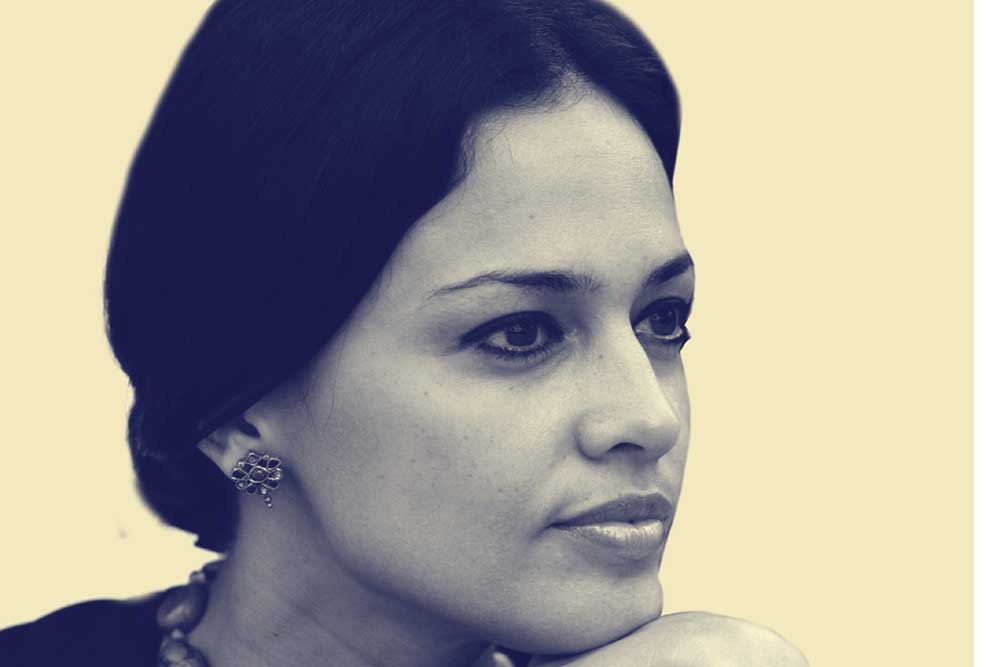 RETURNING TO WHAT was once home after a long time away, not even Grace is certain if she’s here for her mother’s funeral or running from a marriage she no longer feels part of. If it’s escape that she has come looking for, then the fates have other ideas— in the form of a hitherto-unknown older sister born with Down’s who has spent her life in an institution, and a palatial but isolated beachside house in Madras. And thus begins a phase in Grace’s life, one that is tranquil and yet uneasy, familiar yet uncharted, as she takes on the role of her sister Lucia’s guardian in the house that her mother left for her. A village woman called Mallika who doubles as housekeeper and cook—and nanny to Lucia when Grace isn’t around—completes their awkward little household. A growing band of dogs to tend to and long walks on the beach are other highlights of this unconventional life.

The Chennai-based Tishani Doshi is an accomplished author, poet and journalist. She dazzled with her first novel, The Pleasure Seekers in 2010, which went on to be nominated for The Hindu Literary Prize, and was also translated into German, French, Italian, Spanish and Polish. Doshi’s Welsh–Indian heritage no doubt informs a certain authenticity of the sense of un-belonging and the pull between cultures that she brought forth to her debut fiction, and does in Small Days and Nights as well.

‘Return is never the experience you hope for,’ begins the story. We all carry the baggage of the history we share with our parents and our past—it is no different for Grace. On her arrival in Pondicherry, where her mother spent her last years, the seams of this Pandora’s box unravel. Her resistance to glance into the past is worn down by her mother’s old friend, Auntie Kavitha, making Grace confront the memories of her childhood, but now tinged with the bitter taste of truth.

The narrative style can take a bit of getting used to, weaving as it does between the past and present, between India and Italy and the US. Sometimes the slipping in and out of time and place can get confusing, and the switch in tense from present to past and back again disconcerting, but it has an overall effect of making you unsettled. And that, if not by design then by accident, underscores the restlessness within Grace, the disquiet in her very being.

I have a somewhat strained relationship with literary fiction, mostly because the line between the sublime and the pretentious often appears blurred. Small Days and Nights, in places, seems to veer from one side of the divide to the other. The ‘sense of un-belonging’ in Grace metamorphoses somewhere along the way into a sense of detachedness from the narrative in the reader. You never quite feel a kinship with Grace, without which it is well nigh impossible to be invested in her journey. Even though Doshi delivers Grace’s rootlessness with aplomb, there is no answer to the question of why we should be part of her story.

The cast of characters is small but diverse, with a tendency to talk in philosophical riddles. It leaves you second-guessing a lot of the time, but also blends with Doshi’s narrative decision of leaving much between the lines. Small Days and Nights is a languid but tense story, darkly funny at times. But most of all, it brims with an edgy, portentous kind of restlessness. Perhaps it has to do with how Grace views the place she was born and grew up in— with the sort of disdain that only those who have lived abroad for some time can muster. And ultimately that feels disingenuous.

Payal Dhar
Payal Dhar is a freelance writer on technology and society, and an author of young adult books