The Enigma of Evil 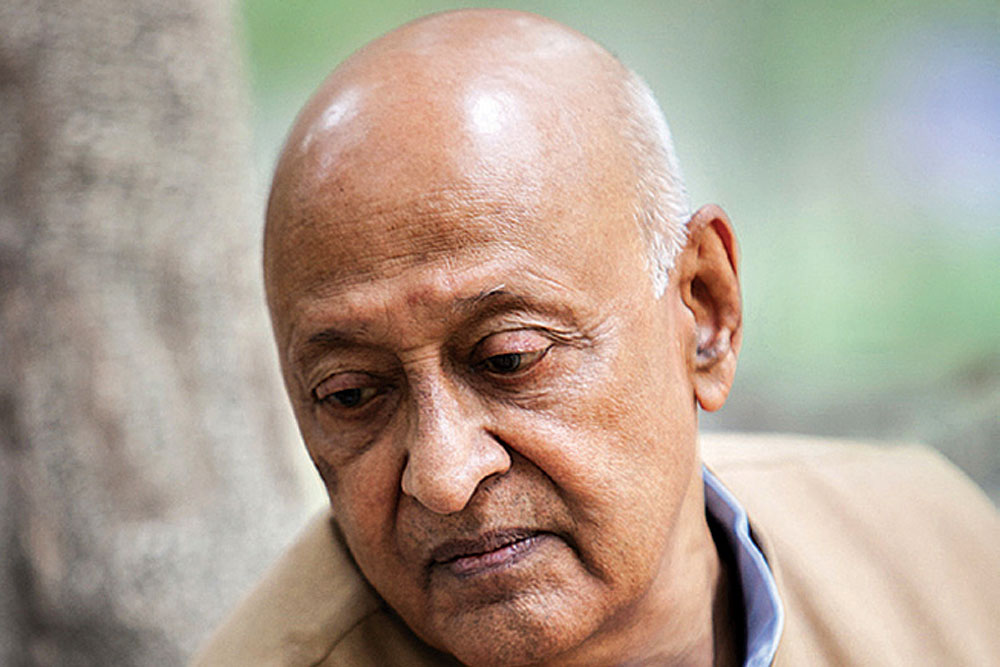 ALL CONTEMPORARY novelists grapple with two contradictory impulses before putting pen to paper. One instructs them, quite simply, to tell a story straight; while this other, more problematic impulse, threatens to throw them off the beaten path of literary realism, towards experimentation and fantasy. This conflict is played out on almost every page in the final chapters of Ashok Srinivasan’s new novel Once Upon a Time, where the real and the imaginary are so closely packed together that it gets difficult for the reader to tell them apart.

Once Upon a Time, as the title clearly illustrates, is intended as a parable of sorts. But it’s a parable with an inverted moral arc, so that by the end of the fairy tale, the forces of evil have utterly vanquished the innocent and the pure. The book concludes with its narrator Brinda Murty’s show trial in a courtroom full of mannequins—for a crime she doesn’t know she has even committed— condemning her to death by stoning.

Yet, this Kafkaesque leap that the narrative makes when Brinda is arrested—‘ no reasons were given or charges preferred against me’—is impossible to reconcile with the preceding parts of the novel, which are deeply rooted in what a philosopher might call concrete reality.

This is the sense of reality with which Brinda grows up, as a cog in the wheel of a large but disintegrating joint family in Bengaluru. We’re shown episodes of Brinda’s difficult life, unfolding against the backdrop of a constantly shifting tableau of characters appearing and then disappearing. Among the disappeared is Brinda’s father, who abandons the family to lose himself ‘into the vastness of America’; and eventually her brother Janak, an alcoholic poet who is committed to a mental institution in Puducherry. Janak’s rambling ‘prose songs’ from his ‘asylum papers’ are used as chapter epigraphs in the book. One of them, titled ‘Hankering After Amnesia’, includes this sentence: ‘The voices in my head belong to the absences that taunt me.’

The harrowing reality of sexual violence recurs in the book. Brinda, who was molested as a child, undergoes unspeakable trauma later in life—she’s repeatedly raped and physically abused in a series of distressing and clinically described scenes. It’s not easy to write about sexual violence. And it may be that by giving his narrative a spiritual dimension at this point, the author was merely addressing his own anxiety.

We’re told that Brinda, like the phoenix from the flame, always resurfaces ‘inviolate’ from these horrific episodes. What’s more, she later finds that she has healing powers that can cure the sick through sexual contact.

One can’t read these segments of the book without facing up to the larger, political questions they imply: questions having to do with institutionalised misogyny and gender violence in our society. The metaphors of witch-hunting and death by stoning, for instance, provide the obvious and intended satirical edge to this novel.

But we must here limit ourselves to certain other, simpler questions of literary value and artistic merit. One of the great novelistic responsibilities is to weave a narrative that convinces. One page into Kafka’s great novella, and we don’t for a moment doubt Gregor Samsa’s metamorphosis into a giant bug. The suspension of disbelief on the part of the reader is complete. The problem with Srinivasan’s novel is that, at least in parts, it fails to convince. Brinda’s arrest, for example, comes so abruptly and out of the blue (and so late in the book), that it strikes one as an authorial afterthought rather than something the rest of the narrative had been building up to.

It could be said that Once Upon a Time is a realistic account of post-traumatic madness. But then, madness is too easy a tool for writers who want to get away from solving the structural difficulties of their novels-in-progress. Why did a character do this or that? Well, because he or she was mad. By these standards, a 300-page book of indecipherable gibberish is as valid as anything else.

That said, Srinivasan is a gifted writer, and anyone who doubts his capabilities can read the three-page scene describing a Hindu funeral, of Brinda’s grandfather. After the funeral, Srinivasan writes, the family gathers again, ‘repeating in many different ways their sense of relief expressed as loss’. Such are the insights that make this novel valuable, despite the novelist’s missteps.