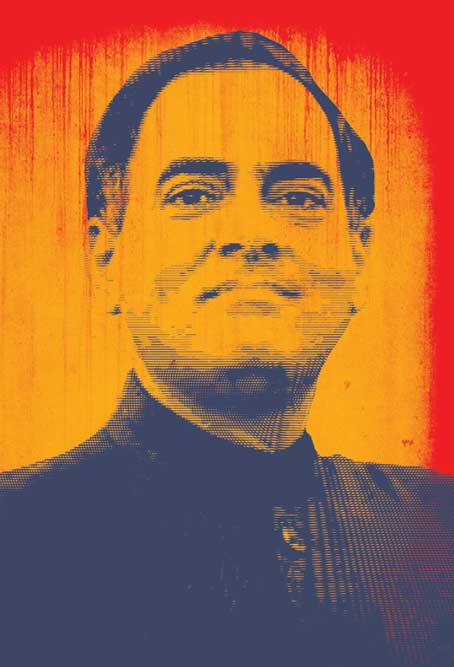 THE ASSASSINATION OF Rajiv Gandhi in 1991 was as shocking as that of another young leader, John F Kennedy, in 1963. There were differences in the two cases—of method as well as the nature of the conspiracy. In the case of Rajiv, a well-laid conspiracy leading back to the embittered chief of the Liberation Tigers of Tamil Eelam, V Prabhakaran, is well established. In Kennedy’s case, Lee Harvey Oswald’s motives remain fuzzy and we do not know even today whether he acted alone or was part of a wider conspiracy. The result is that we periodically revisit the Kennedy assassination with new theories and angles.

As for Rajiv, the basic story is fairly clear, but newer nuances have been added in Neena Gopal’s pithy account of the Indian adventure in Sri Lanka that culminated in the tragedy.

Even now, neither the Indian nor the Sri Lankan government has opened its archives, and so a detailed account of the years remains to be written. The Indian misadventure has been written about and blame apportioned to various actors—Rajiv, VP Singh, Army chief Sundarji, Ambassador JN Dixit, the R&AW and so on. But it’s true that if the Sri Lankan elite led by President R Premadasa had not played the duplicitous role of aiding the LTTE to fight the Indian Peace Keeping Force with arms and sanctuary, the outfit would have been crushed maybe a decade-and-a-half earlier and saved the lives of those very members of the elite who had double- crossed India.

Indira Gandhi had backed the Tamil militants with a view to keep Americans away from Sri Lanka. However, her successor Rajiv Gandhi reached out to the US, and the Indian policy somersaulted and backed the idea of a united Sri Lanka. With this end in mind, and with US blessings, Rajiv reached an accord with the Sri Lankan President JR Jayawardene under which the northern and eastern provinces of the island would be united to form a large Tamil-majority province which would be given additional powers of self-rule. In turn, India would help to disarm the LTTE, which it had once backed in its campaign to secure a Tamil Eelam or a free Tamil state in Sri Lanka. It was to see the accord through that New Delhi sent the IPKF and compelled the LTTE to surrender to Colombo in a humiliating ceremony where its political leader Yogi symbolically handed over his pistol to Sri Lanka’s defence secretary.

The LTTE , not surprisingly, viewed the Indian action as a betrayal, and that was the root of the conspiracy that led to Rajiv’s assassination. In the end, the Tigers paid a high price for it. India turned its back on their cause and discreetly helped the Sri Lankan forces blockade the LTTE. New Delhi remained unmoved till the end, even though there was sufficient evidence that the Sri Lankan Army may have committed war crimes in crushing the LTTE. The outfit’s supporters in Tamil Nadu tried to trigger protests in the state, but to little avail. Indian Tamils, who had been duped by the LTTE into supporting their cause, refused to be taken for a ride again.

It is important to understand that the principal assassin died in the blast itself, and her key backups also perished thereafter, surrounded by the police. However, the investigators could not lay their hands on Prabhakaran, his intelligence chief Pottu Aman, or Akila, the head of the women’s wing of the LTTE. All three are believed to be dead now. The Sri Lankan authorities did lay their hands on KP, the chief logistician of the LTTE who had even lived in Tamil Nadu for a while, but so far we have no information of what he has revealed on the issue. Indeed, the Sri Lankan end of the investigation remains a mystery. Several Indian Tamils were sentenced to death in the case, but they were the outer ring of the conspiracy.

There is little that’s new in this book about the assassination itself, which has been written about by its Indian investigator and subject to a judicial commission as well. However, this book’s value is in placing it in a contemporary context, especially in relation to the fall of the LTTE and death of Prabhakaran. The writer has also provided some additional details of the R&AW’s role in the events of the time and the failure of Indian intelligence agencies to assess the threat to Rajiv Gandhi’s life. There are some minor quibbles—the quantity of supplies dropped on Jaffna was not 25 kg but 25 tonnes, for example. This writer was in one of the AN-32s.