The thriller Girl A chronicles the aftermath of horrors and the resilience of teenagers. Abigail Dean talks to Nandini Nair about her bestselling debut 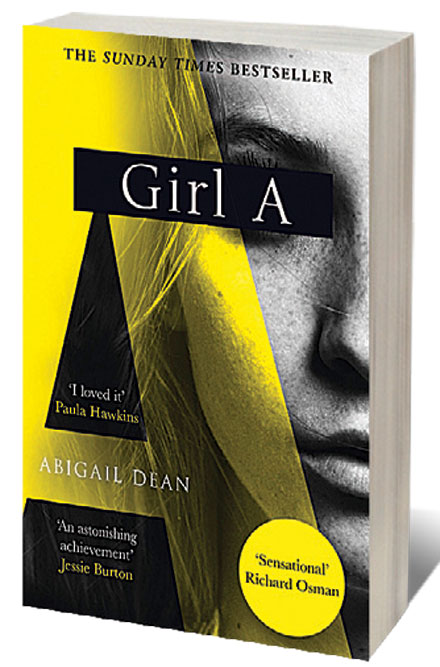 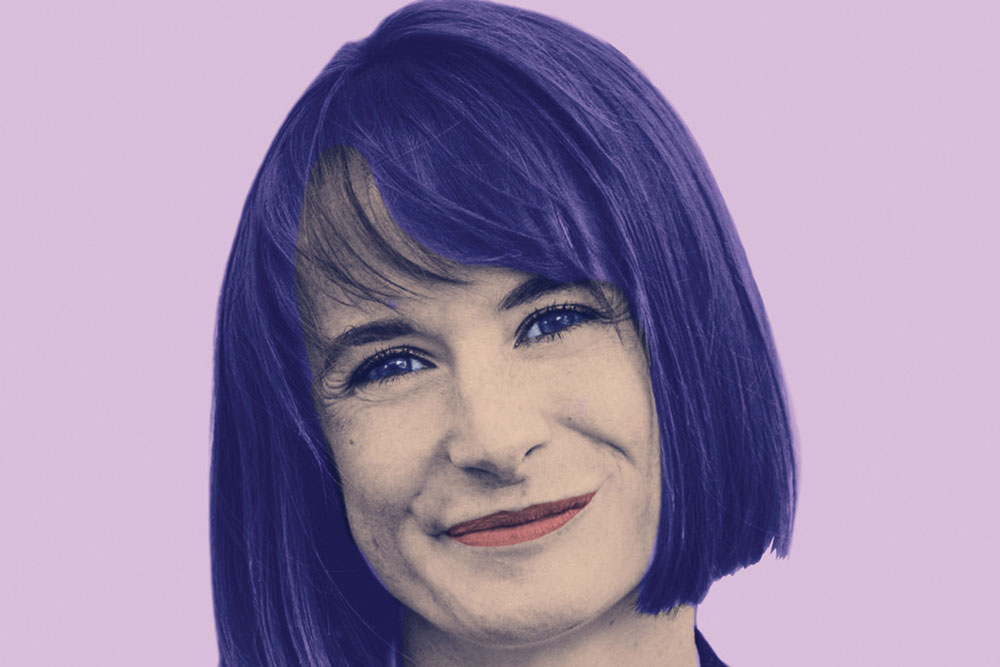 
IN SEPTEMBER 2019, Abigail Dean, a lawyer who had come to India as part of the Google for India team, was on her way from Delhi to Agra when she got a call from her agent in London. She had to wait three hours before she could get a signal to check her mail and ring her agent back. As she stood in her hotel balcony overlooking the Taj Mahal, her agent gave her the news that her debut novel Girl A was in a nine-way auction and that it had sold for a ‘major’ six-figure sum. According to the Guardian, North American rights went for seven figures, and more than 20 other countries have acquired the book, with Sony getting the screen rights. For any debut writer this was a dream scenario. Dean, now 32, still recalls it as the “best moment ever”. Speaking on a video call from London, she says, “It was so beautiful in every way,” she adds with a chuckle, “and I then didn’t sleep for the whole weekend, so in the pictures of me at the Taj Mahal I look like a dead person!”

Towards the end of 2018, Dean was sunk in a bad place and in a professional funk. The incessant travel and stress of her job as a lawyer had left her tired. ‘It was the kind of tiredness that a week’s holiday doesn’t shift, a tiredness that made everything sharp and close and impossible,’ she writes on her website. She had always wanted to write, but had found neither the time nor bandwidth to do so as a practising lawyer. With her partner’s encouragement she quit her job, found a new one and took three months off between them. From July to September 2018, she spent her days writing at a library. Once she returned to work, she had to steal out time to finish and polish her manuscript. She wrote on her phone, while travelling by the tube, or 10 hours at a stretch on a Sunday. Writing while having a fulltime job made her realise she could multitask. She says, “It was about being flexible in a way that I hadn’t previously thought that I could be. I had previously had very precious ideas about writing. I did have to have silence. I had to have hours. I realised that actually that was not the case. That was just something I kind of told myself potentially as a reason not to write.” At the end of nine months spent working and writing and revising, she had a complete manuscript.

Parallels are already being drawn between Girl A (HarperCollins; 328 pages; Rs 399) and Gone Girl (2012) by Gillian Flynn and The Girl on the Train (2015) by Paula Hawkins. Other than the obvious similarity to the titles, all three are psychological thrillers that ruled over the bestseller lists and were hailed as the thrillers of the year. But Girl A does not have quite the same suspense as Gone Girl because the novel opens with the reveal that the girl has escaped and the mother has died in prison.

The novel is not about crime itself, but its aftermath. It tells the story of the Gracie family, through the eyes of Lex. Her siblings, Ethan, Delilah, Gabriel, Noah and Evie, and she were abused by her parents at their home. While Lex went to school in the early days, her father, influenced by cultish ideas, starts restricting their freedoms. Lex recounts, ‘Father developed strange fixations. They came like fevers, although some of them never left him… He reread Corinthians and decided that we should better glorify God with our bodies, and we spent our evenings marching up and down the stairs, trying not to laugh. He was bored.’ The books and clocks are removed from the house. The windows are boarded up, baths and food are denied and then the binding and shackling starts.

Dean researched the Turpin case, where the parents David and Louise abused 13 of their children over years. In 2018, one of the children escaped and contacted the police who rescued the siblings. She also read about the 15-year-old Jasmine Block who was kidnapped and abused for a month, till she escaped by swimming across a lake. But while writing Girl A, Dean was not interested in the cruelties meted out in these cases. She was vested in the long-lasting psychological impacts, and the resilience of teenagers.

While writing the novel, Dean realised that today’s teenagers face vastly different issues compared to teenagers just a decade ago. She found that while society often underestimates the strength of teens, fiction does not. Moving her cat Woody (named from the film franchise Toy Story) from her desk, Dean says, “What I always love in the fiction that I’ve read about teenagers is just never to underestimate that time of somebody’s life.” As a society she says we tend to undermine teenage problems (especially teenage girls), they are deemed “hysterical” or ridiculed whether it comes to the music they listen to or the fanfiction that they write. She says, “I just find it so bizarre that that is the approach that we would take to young women, to sort of not value the things that they are interested in, and not give them their worth.” In her novel, she corrects this cultural wrong, by endowing Lex with strength and intelligence. Even in the face of horrors, Lex is always thinking of survival, both her own and her siblings.

Each sibling will enter adulthood with their own bruises and scabs. The siblings are adopted by different families. Lex finds a loving Mum and Dad, parents who accept her for who she is, but who also feel that she can recover from the past by never revisiting it or those who belong to it. She is also a successful lawyer, capable of filling her days with work and sex. Gabriel has been institutionalised. Ethan writes articles and gives lectures about his experiences, and Delilah has turned to god.

Dean is interested in how the traumas of childhood ink adulthood. She says, “Everyone is affected to some degree by how they grew up and the circumstances in which they grew up. Whether it’s somebody falling into Stockholm Syndrome, whether it’s the rages that Gabriel has, that was quite difficult to write. But at the same time writing in Lex’s voice, did inject this kind of hope into the book. She does see events with this very wry, dry, sensitive sense of humour. That narrative really helps ensure that it’s not a book that is solely about suffering. It is also a book about how tough and intelligent and resilient Lex is. I also guess each of her siblings are in different ways. Each has kind of coped and failed to cope. And although it is this very very difficult subject matter. I think that that’s what kind of gives the book its life.”

The relationship among siblings and the gamut of emotions it spans, from security to disinterest, love to ignorance, forms the spine of the book. Lex is particularly protective over her younger sister Evie and has a rather fraught relationship with her brother Ethan. As readers we glimpse their childhood through Lex’s memories and then we see them as adults when Lex goes to visit each of them as she needs to decide the future of the house that still stands. While they’ve all lived in the House of Horrors, their experiences, their memories and interpretations of it vary. As Delilah tells Lex, “We each believe what we want to believe. Don’t we? You more than anyone.”

For Dean, Girl A started with the sisters. As the only child of English professor parents, she had always looked at siblings with a “mix of envy and curiosity”. She was drawn to stories with big families in literature and television, whether it was the March family in Little Women or the Sopranos. She says, “I’ve always been interested in all the dynamics between siblings and how if you share your childhood with someone, how does that translate into adulthood? Often people seem to remember things slightly differently, there are different, defining memories and defining moments. And I was fascinated by that relationship because it was something that I wasn’t party to and creating it was one of the great joys of writing Girl A.”

As a child, Dean read everything she could, from Roald Dahl to Stephen King. In Girl A, Lex also finds succour in books. When her father decrees that the house must be emptied of books she ferrets away a volume of Greek myths. It was a book Dean had as a child as well. She says, “I did want Lex to have the benefit of the different worlds that books can take one to. It’s something that she can escape to even in the most difficult moments in the House of Horrors. In the last year of lockdown, I too have certainly used books as a gateway to other worlds.”

As a lawyer who is now a bestselling author, Dean finds that she has identified a perfect niche for herself. She enjoys both the law and writing and finds that both complement each other. While she studied literature at Cambridge University she did not pursue writing at that time as she felt she needed to get a “sensible job” and writing was merely a “pipe dream”. She says that writing and law are similar because “all day you are dealing with words and sentences, and the impact of them”. She adds with a laugh, “You know, a comma can end you up in court, right?”

Dean is already working on her second novel which deals with conspiracy theories. While Girl A was written without the burden of expectations and as a passion project, the second one already has publishers’ eyes trained on it.