Being a Muslim student in the playground 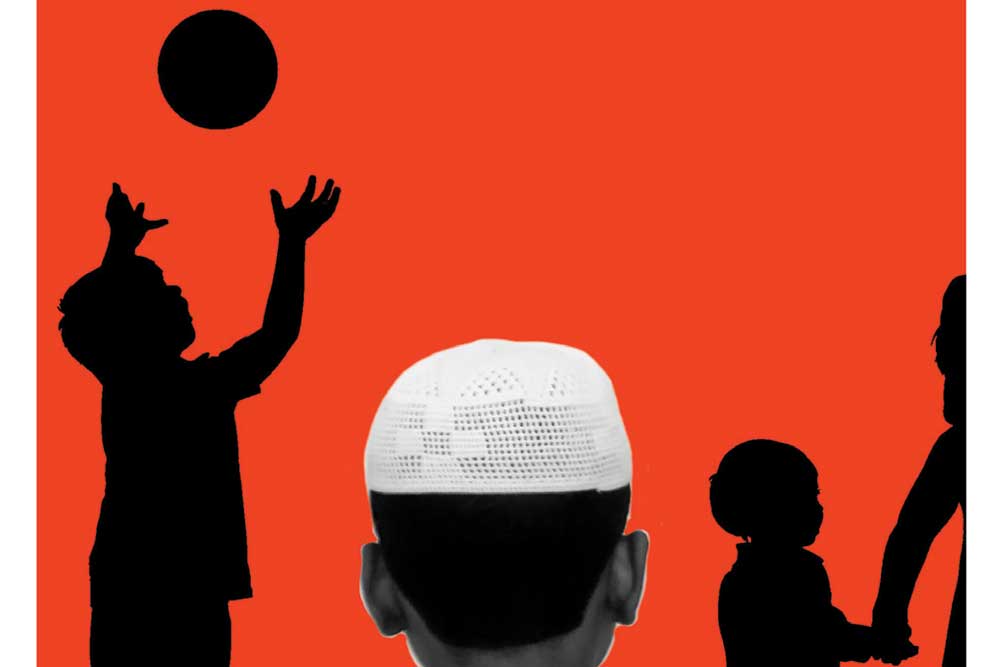 NAZIA ERUM’S Mothering a Muslim is familiar and strange at the same time—familiar because of the increasing number of stories we hear now on religious discrimination, and strange because to an extent, there are also several Muslims who have been insulated from it. So far.

Mothering a Muslim opens up important questions that everyone must consider today and be encouraged to discuss. From young boys being the butt of ‘terrorist’ jokes to girls being treated disdainfully if they wear the hijab or just because of their Muslim surnames, the book looks at all aspects carefully, but always from the worried and concerned perspective of a mother. The jokes used to be about biryani earlier, but children are asked if their parents are experts at making bombs now.

Considering the political scenario in the country at the moment, this is indeed a brave book because it addresses the elephant in the room squarely. Erum establishes right at the beginning that this is a book about children and mothers who live in mixed residential settings and not Muslim- only localities. Furthermore, these are expensive and posh schools where parents irrespective of their religion or community have sent their children to get the best education available.

But no one is free of discrimination. The book lays out how it all begins in the playgrounds and reaches classrooms, where a few teachers too are guilty— either by their silence or their covert acceptance of the bullying. School after school, the story is repeated with children sometimes not bringing up the matter with their parents and deciding to sort it out on their own, leading to even more problems.

Indian Muslims, a good number of them at least, feel insulted when friends or classmates presume that they would be on Pakistan’s side during cricket matches simply because they are Muslim. That grim scenario has now morphed into something more sinister, with Muslim children being called ‘Pakistani’, having to learn from an early age that patriotism in our country is something that they must wear constantly like a badge.

To the outside world, a local Muslim community might seem homogenous, but that is not the case. Erum also lifts the curtain on ‘us’ and ‘them’ among followers of the faith, with divisions based on how Muslim one is. There are those who have their own rigid interpretations of what it means to be Muslim and anyone who doesn’t meet their criteria is looked upon with scorn. Erum puts it across thus: ‘On one side, we are increasingly being reminded of our Muslim identity. And yet, in our homes within the larger Muslim community, we are told that we are not Muslim enough. Our children too are caught in this impossible vortex.’

Navigating these tricky waters within the community and still trying to maintain good grades and fulfil their ambitions for the average Muslim child is a big ask. Having to contend with bullying and references to terrorism or Pakistan just makes it a notch more difficult. Make that several notches.

The book also has transcripts of some interviews along with a list of suggestions of what we can do in schools to improve the situation. Having spoken extensive with mothers and their children, Erum draws some conclusions that are hard to face and accept. Apart from being an eye-opener to the current scenario, Mothering a Muslim puts the matter of bullying in the name of religion centre-stage, drawn out from the carpets under which it has been swept so far.