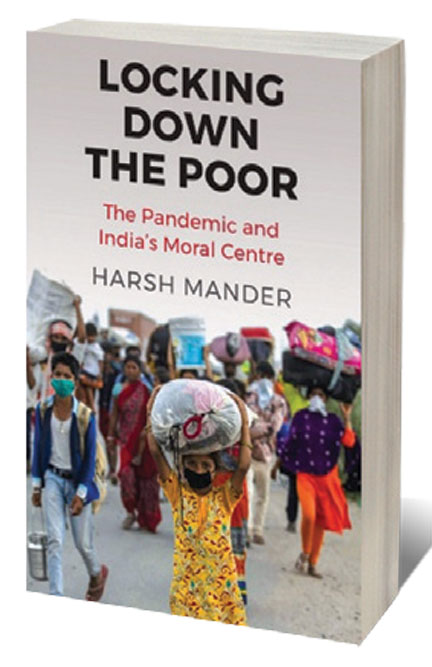 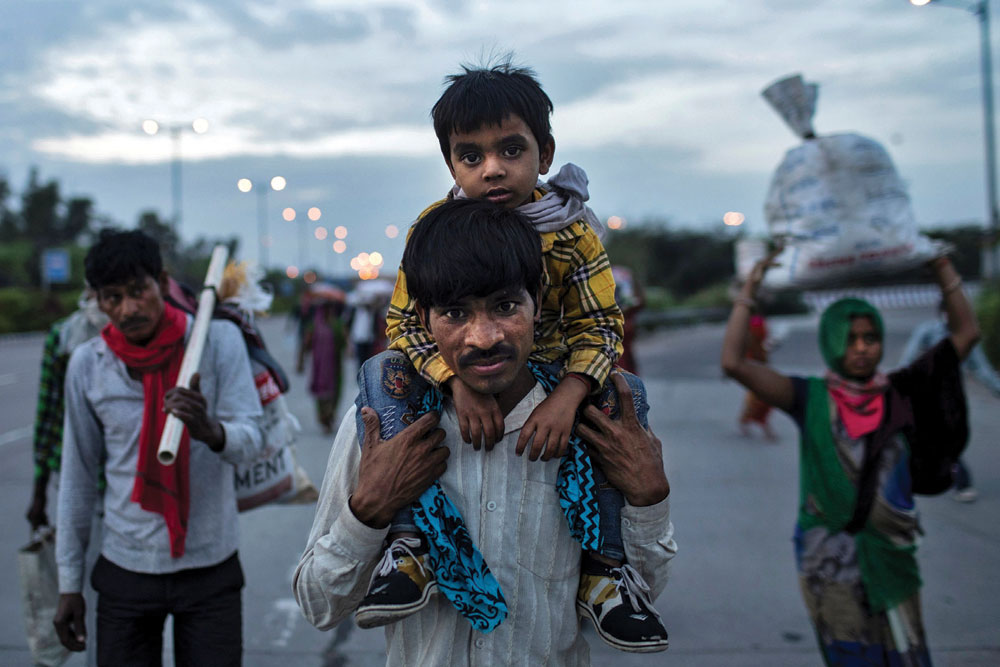 Migrant workers walking back to their villages during the lockdown in New Delhi, March 26, 2020 (Photo: Reuters)


‘IT’S THE POETRY, not the plumbing’ is a pithy aphorism I have heard frequently in the last decade, referring to India’s larger problem of getting caught in the weeds of implementation and struggling to form a broader narrative or grand strategy. If only we could get India’s story, its ambitions and its goals straight, incentives would align, motivation would trickle down through the ranks, domestic and foreign investors would get the right signal, and the virtuous cycle of growth and prosperity would commence.

Two recently published books, Harsh Mander’s Locking Down the Poor: The Pandemic and India’s Moral Centre and M Rajshekhar’s Despite the State: Why India Lets Its People Down and How They Cope, make a strong case for how in the pursuit of this divine poetry, the plumbing of India’s state is eroding at an alarming rate. The former focuses on the immediate humanitarian fallout of Covid-19 and the subsequent lockdowns, the latter digs deep into the specific developmental failures of several Indian states, particularly over the last few decades.

Regardless of how well-travelled, well-read and well-versed one is about the realities of India’s poor, the fallout of Covid-19 was well beyond the imagination of most of this country’s elite. In the post-Covid world, as many tried to ration their intake of dystopic news, there was a parallel epidemic of starvation, lockdown-induced mental health problems, domestic violence, and much more. Locking Down the Poor is a deeply empathetic retelling of the humanitarian crises of the lockdown, aggravated by state negligence and delayed intervention. A range of India’s most prominent public institutions are held to account, and every one of them is judged to have fallen well short of what was minimally expected of them. Mander’s book combines heartrending anecdotes of those who were worst affected by the lockdowns with searing indictments of public functionaries’ responses and expert opinions to momentarily jolt the reader into the lives of India’s most vulnerable. In contrast to grand poetry, Locking Down the Poor would be more of a mournful lament, something Balraj Sahni might sing wistfully as he walks away from his dispossessed land in Do Bigha Zamin (1953). It asks the question, ‘Can we use the moment of this unprecedented crisis to rebuild our broken country into one which is more compassionate, more just and more equal?’ The book is both devastating in its portrayal of reality, but also aspirational, in having a clear vision of what basic standards our public institutions should be held to.

While Despite the State does not directly answer Mander’s earlier question, it digs deep into the multiplying infirmities of and incursions on India’s state institutions. If Mander’s book holds institutions to account in light of post-pandemic measures, Rajshekhar’s book digs deeper and asks, why are these institutions in such bad shape to begin with? The culmination of more than three years of detailed reporting, Despite the State spans stories from six states (Mizoram, Odisha, Punjab, Tamil Nadu, Bihar and Gujarat) engaging with a dizzying array of topics from each. Whether it is the entry of South Korean soaps into the overly competitive Mizoram entertainment market, the increasing consumption of macho south Indian films by the frustrated Bihari youth, the meteoric rise of mining contractors in Odisha or the co-evolution of politicians and religious organisations in Punjab, Despite the State brings some much-needed colour to the black-and-white failures of the Indian state. In contrast to Mander’s lament, Rajshekhar’s book is more of a slowly evolving ballad by a wandering monk, which mixes regional stories and cultural insight with philosophical reflection.


Despite the State excels at connecting the local to the national. Many of the problems it highlights tend to be replicated throughout India: Mizoram’s problems of timely payment of state employees is a frequent grievance of frontline workers throughout India; the politicisation of Gujarat’s dairy cooperatives is reminiscent of the fate of many agricultural and banking cooperatives; the way political power was used in Punjab to help one family dominate economic activity is a tendency we see among many state politicians, albeit somewhat less effectively. The repeated theme here is that various elites—political, business and bureaucratic—are successfully able to corner gains, and redistribution and other state welfare functions are often done grudgingly as afterthoughts.

Among those studying India’s political economy, there has been much ink spilt debating the developmental nature of the Indian state. While there is no doubt that the presence of the Indian state looms large in many developmental activities, it is not clear if the Indian state is actually able to accomplish its developmental goals without ceding large ground to vested interests who successfully make their claims on state resources, an idea political scientist Ronald Herring refers to as ‘embedded particularism’. Economist Pranab Bardhan goes even further to call out the ‘dominant coalition’ of industrialists, the professional class and farmers (a particular wealthy subset) which has cornered most of these gains in the last half-century.

In light of these ideas, these books remind us that at best India’s approach to welfare has been particularistic; that since its inception, political groups have struggled to either maintain their state patronage or become new recipients of state patronage; that the promises of a truly universal welfare state have always been insincere because of a shortage of resources, or political envy and community rivalry, or because those in power could not overcome their predilection for hoarding, redistribution-as-politics, or avoiding the appearance of waste and misuse. Even in the face of a once-in-a-century pandemic.

For the better part of the last decade, we have heard the poetry of national triumphalism far outpace accomplishments on the ground. As if moulding reality to reflect the clickbait nature of the social media era, hoardings and full-page newspaper ads emerged announcing the accomplishments of government programmes, apps were launched to solve every social and developmental ill, and photo-ops providing documentary proof of every new project were circulated using celebratory hashtags. What was lost in this promotional maelstrom was Gandhi’s talisman: ‘Whenever you are in doubt, or when the self becomes too much with you, apply the following test. Recall the face of the poorest and the weakest man [or woman] whom you may have seen, and ask yourself, if the step you contemplate is going to be of any use to him [or her].’

Both Mander and Rajshekhar deal with some heavy, difficult material in their books, a reflection of the grim reality that faces many Indians today. However, for any idealistic student who wants to understand where they can make a difference, for any C-suite executive who wants to understand the bottom of the pyramid, for any bureaucrat who has not been out in the field for a while, these books will reacquaint readers not only with where the state falls short, but also where civic responsibility, reciprocity, empathy and other primordial bonds much older than the nation-state and political parties fill the vacuum. Refurbishing the plumbing of the Indian state is a monumental task, but the first step is admitting you have a problem.