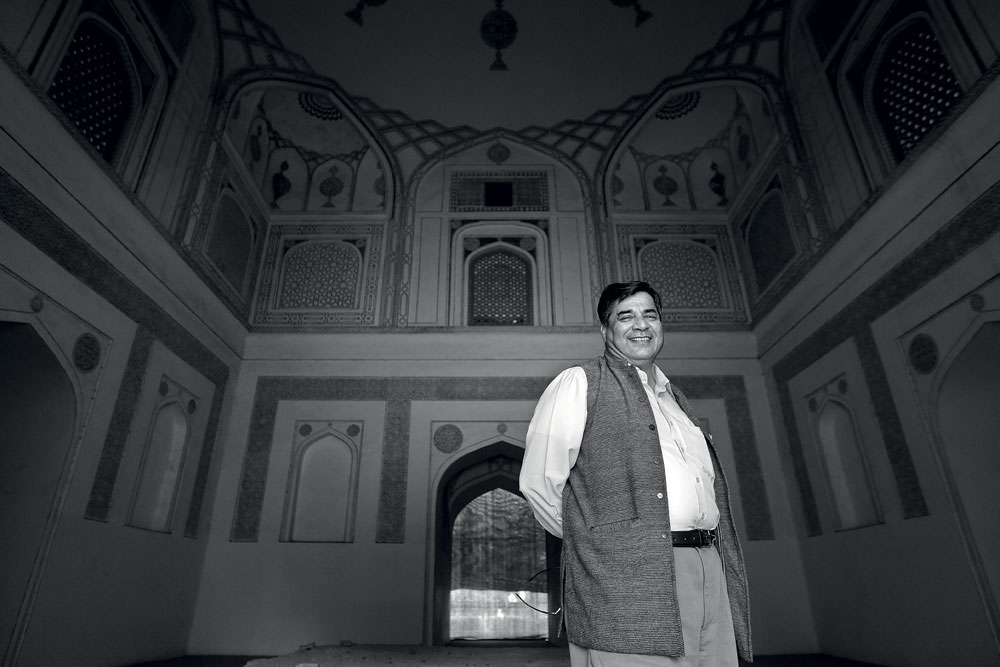 I begin with a delightful little book by Venkatesh Parthasarathy—Venkatesa Suprabhatam: The Story of India’s Most Popular Prayer (Westland). This is in part a translation of a 14th-century Vaishnavite devotional morning prayer, in part a brief biography of its composer Prativadi Bhayankara Anna, the story of its association with the temple in Tirupati and finally how this composition eventually became amongst the best known in, at least, the Vaishnavite register but possibly even more widely. Obviously this story also intersects with MS Subbulakshmi and her rendition is what made this devotional prayer so ubiquitous in south India and in its disapora. Parthasarathy combines history, reportage and devotion with a light touch and this made for a rewarding read.

Then I was lucky in being able to get from Pakistan the second edition of Sartaj Aziz’s Pakistan: Between Dreams and Realities (Oxford University Press). This had covered, when it first appeared in 2009, the period till the end of the Musharraf’s era and included the tumultuous time of Atal Bihari Vajpayee’s Lahore visit in 1998, Kargil, etcetera. The new book has some 150 new pages and brings the story up to Imran Khan as prime minister. I found the portion on Nawaz Sharif’s third tenure most interesting. Aziz was the de facto foreign minister, so his perspective is valuable. The book’s basic thesis, however, remains unchanged from the first edition—that the Pakistan army is tactical rather than strategic in its thinking and, on a broader canvas, the inability of its power elite to match policies with realities. Hence the title.

His assessment of Sharif, whom he supports, is especially interesting: ‘Nawaz Sharif’s transition away from the military establishment grew incrementally when his core political interests or stakes were threatened by the absence of real democracy. Sadly, his belief in civilian supremacy were not accompanied by a deeper understanding of political realities. If he had such a grasp of the theoretical foundations of real democracy he could have adopted a stronger institutional approach to civil military relations.’ A critique of a political leader for his lack of theory is novel, but that is what makes the details in this book so interesting.

Ideal for the lockdown (and for any other time one feels like a long and meaty read) was a three-volume A Comprehensive History of Modern Bengal—1700-1950 (Primus and Asiatic Society of Bengal), edited by Sabyasachi Bhattacharya who unfortunately died before its publication. This is as good a point of entry one can wish for to see the vast scope of modern history writing in India—gender relations, cinema, art, music, ecology, science, public health, apart from the traditional themes of political and economic history. It has set a standard for other states as indeed for the country as a whole and historians will be hard pressed in the years to come to match its ambition, rigour and analysis.

I like reading about courtiers and a late 2019 book that I read in early 2020 was Jairam Ramesh’s biography of VK Krishna Menon: A Chequered Brilliance (Viking) which seeks to unravel the personality of this complex and highly controversial politician. Using multiple primary sources, some for the first time, Ramesh explores Menon’s role as a negotiator, his relationship with Jawaharlal Nehru, and of course, his role in the 1962 India-China war. What comes through in the correspondence, quoted in some detail, is Nehru’s patience and affection for his volatile defence minister and Menon’s own intelligence, industry and knowledge. But the seeds of self-destruction were also present in his personality and Ramesh’s portrait of this complicated man and the turbulent times he lived in is most compelling reading.

Also while on courtiers, The Mirror & the Light (Fourth Estate), the third volume of Hilary Mantel’s treatment of Cromwell, had me riveted, though it is a longer, slower read than the first two. Seemingly invincible, Cromwell’s position starts to crumble as the Anne of Cleves’ marriage that he arranges, and its attendant alliances with Protestant Europe, displeases the king and allows his enemies to consolidate and bring him down. This set of events, all too familiar and happens in all courts past and present, is vividly brought to life by Mantel in over 857 pages. It sets a really high standard for historical fiction to follow.

Finally, I’d like to mention a very unusual book. Ways of Worship (Penguin Enterprise), edited by Radhika Chopra, comprises photographs taken by social anthropologists in the course of their fieldwork and research—a map of the prolonged, obscure and myriad ways Indians worship. As Chopra notes, ‘The sheer breadth of ways of worship from feeding a dog to decorating a tool shed presents the diversity of worship.’