A Tale of Two Sisters

So all is Peace is a tearjerker guised as a mystery, masked in social commentary 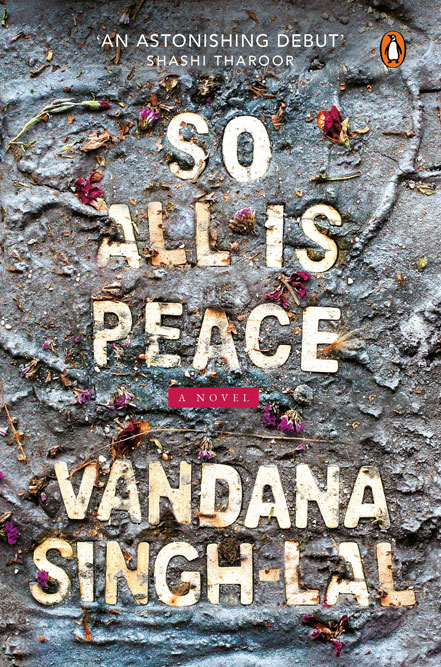 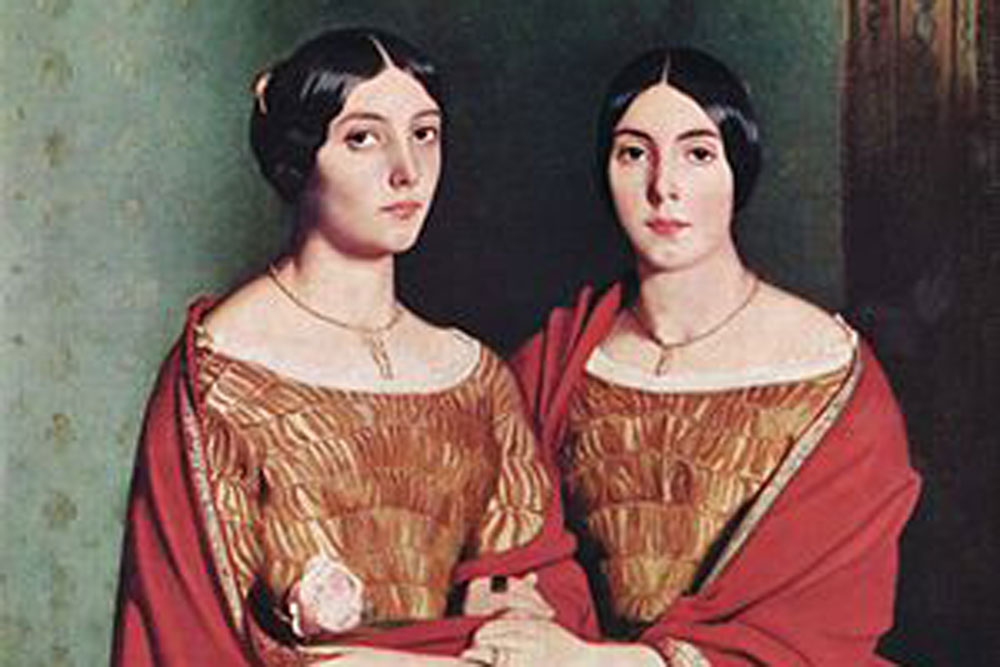 The Two Sisters by Théodore Chassériau


Vandana Singh-Lal’s So All is Peace opens with a scene of twin sisters Tanya and Layla Sharma admiring the French painter Théodore Chassériau’s painting The Two Sisters at the Louvre in Paris. Though considered to be Chassériau’s masterpiece, there’s hardly anything mysterious about the striking yet quotidian portrait, perhaps the only mystery being the theory whether the identical women in the work could be twins.

Having lost their family in an accident, twin sisters Tanya and Layla decide to starve themselves to death. When the sisters are found, the condition of Layla is so dire she is admitted in the ICU, while Tanya takes over the novel’s narration. She is unreliable and, in a delirium, bites and injures her trauma care nurses and seems to only favour the journalist Ram whose mild interest in the story is sustained by Tanya’s indecipherable ramblings. But could there be more to the starvation of the sisters, Ram sets out to investigate.

Using The Two Sisters to jumpstart the novel perhaps announces the intention of the novelist to build layers into the personality of the characters. But relying on a French romanticist’s painting without offering other insights into the work in question or drawing parallel to its similarities to the novel’s characters hardly fulfils the purpose. Much of the novel’s other similar references, alluding to Chassériau’s work runs only skin deep. Elsewhere, in another instance, Layla even quotes the fourteenth century Italian poet Petrarca.

However, between Chassériau and Petrarca, So All is Peace covers much ground. It is a book wrapped in so many themes sometimes it leaves you wondering if there’s an identity crisis afoot. To this effect, assorted themes—feminism, patriarchy, sexual assault of women, middling bureaucracy and economic inequality—are strewn around as popcorn on a movie hall carpet, forgotten the moment they’re crushed underfoot, never adding up to create the experience of watching the whole picture. Put succinctly, it’s a tearjerker guised as a mystery, masked in social commentary.

When it’s not flashing back on the family’s past building up a case for the starvation, the rapidly shifting narrative leaps between Tanya in first person and Ram in third but this ensures an uneven tone, creating a cacophony sometimes hard to either ignore or endure. It’s clear there’s a kernel of a promising plot hidden deep within the verbose hardened shells of the narrative, so when the jolt of a twist appears, the reader feels shortchanged for having been made to invest too long for an outcome, which is not entirely ingenious. That feeling further endures when there’s little rationale, bolstering the workings of the human condition of the book’s main characters.

For instance, what explains journalist Ram’s love for his subject, Tanya, who almost died of starvation, and her reciprocation? Why are so many characters introduced in passing even as the book hurtles towards the end? What exactly do the book’s references to artworks, literature and music amount to, if they aren’t devices for plain indolent character development? While these questions linger, the book’s progress is drawn into a vortex of self-pity with chapter titles ranging from Disrepair to Deaths—Plural, Pervasive, So So Painful to The Not-So-Perfect, Not-Even Much of a Lover.

Singh-Lal’s playful prose, even as it is long-winded, propels the novel, sometimes displaying sparks. But the playful prose is counterproductive when the balance between irony and seriousness is lost (Exhibit a): ‘Raman realizes his journalistic detachment is a sham, a flimsy protection against the onslaught of the grim facts..’ . Exhibit b): ‘Perhaps this is how courtships are supposed to be, she thought. This sprinkling of insincere but flattering, interesting and often intense words around meals…’)

At a little above 400 pages, even as it fashions itself as a light read, So All is Peace is a bit of a hard slog. It needed a tauter narrative and a pair of able editorial hands to weed out its trail and steer its meandering vision. While the book’s success as crime fiction may be limited, it’s easy to see how it might do well as a Bollywood script all the same.