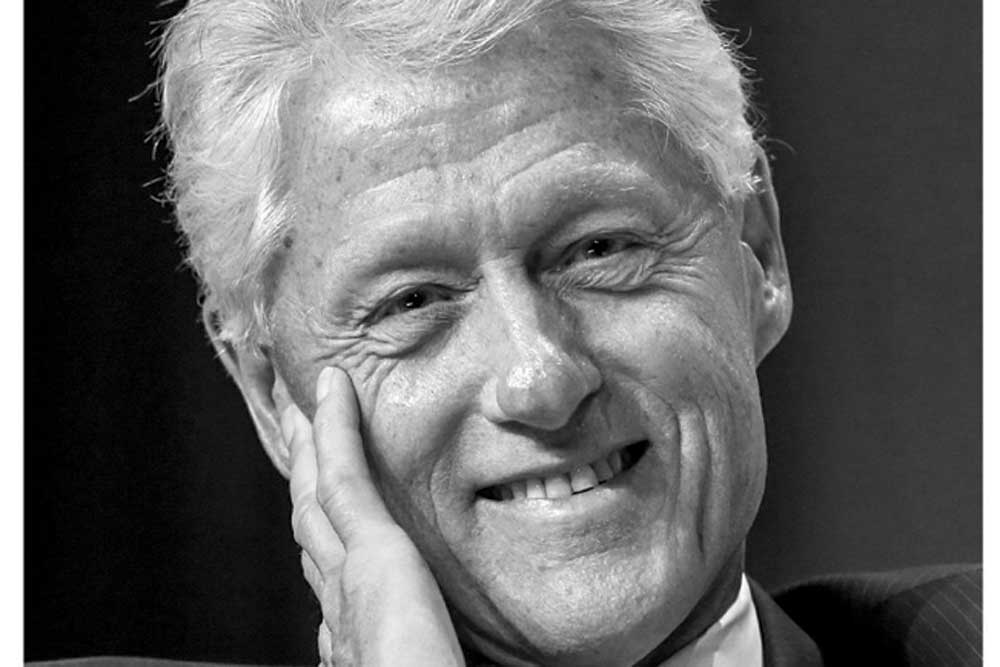 CRUDO: LOVE IN THE APOCALYPSE BY OLIVIA LAING (Picador)

Laing excavated loneliness with her acclaimed The Lonely City (2016), about the examined life in New York in her thirties post breakup. Brainpickings called it a ‘memoir plus’, referring to the way Laing pushes boundaries. Her fiction debut centres around finding love at 40 in a similar kind of memoir plus. ‘She had no idea what to do with love, she experienced it as invasion, as the prelude to loss and pain, she really didn’t have a clue,’ says Kathy Acker, the commitment-phobic protagonist, who is getting married. Moving from a luxury hotel in Tuscany to a Brexit-paralysed United Kingdom to the rise of fascism, global warming and nuclear war-tripping Trump, Laing promises to deliver the most enjoyable literary rom-com you’ll read this season.

THE PRESIDENT IS MISSING BY BILL CLINTON AND JAMES PATTERSON (Little, Brown and Company and Knopf)

This much-anticipated blockbuster is co-authored by a former president and the king of commercial thrillers. Set over the course of three days, it narrates a frighteningly realistic world wherein rumours of cyberterror and espionage merge with whispers about a traitor in the cabinet, all of it making for an international crisis. For, even the president himself is a suspect—and then he disappears. The scenario has more than a whiff of wishful thinking to it, as well as a bravado that will appeal to readers of Patterson’s dozens of books (and Air Force One aficionados, though perhaps Harrison Ford isn’t the guy you might picture playing this president in the Showtime adaptation that is said to be in the works). This masala mix of expertise—former President Bill Clinton has all the inside dope—and bold plotline should make it the beach read of this summer.

If you’re hooked onto Cusk and her scalding revelations about identity and womanhood, you’ve been waiting for the third book in the Outline trilogy. From the woman who ‘gut-renovates the novel’ (The New Yorker), the conclusion to a thought- provoking arc that has taken the narrator to a writer’s retreat in Greece and back home to London finds her now in a turbulent Europe. Here, Faye, the divorced, middle-aged woman writer who is unsettlingly passive yet profoundly reflective of people’s truths, performs her magic again. In southern Europe, at a literary festival (starting with a mansplainer on a plane, like in Outline, which begins the trilogy) she looks deep within the framework of culture to examine how personal, creative and political identity is breaking up. Cusk is fierce, unrelenting and not for everyone perhaps, but is fast becoming one of the most important contemporary writers to read.

Benyamin brought us the world of Malayalees in the Gulf with his popular novel Goat Days (2012), an unlikely success from the world of translations about an abused migrant worker in Saudi Arabia. In his new novel, he takes on more high-stakes territory. His heroine, Sameera Parvin, moves to an unnamed Middle Eastern city to live with her father and her relatives, enjoying her job as a radio jockey. Life is good, and she is the darling of the family. But everything starts to fall apart when revolution blooms and Sameera and her family are caught up in the politics of their adopted home. What is the place of the migrant when crisis hits their new country, this story asks, with concerns that touch upon many of the major issues of our times. Fans of this Bahrain-based author should find lots to admire.

Fashion and feminism have been at odds with each other forever. This unusual book takes on the debate in India, looking into a domestic market worth billions of dollars employing over 60 million people. Feminist researcher and writer Bhattacharya investigates the unregulated, sometimes powerless world of models, charting the modelling and beauty industry from the 1960s to the present and looking at first, second and third generation models over five years of research. In her prologue, she legitimises modelling as work. Should the industry be seen as objectifying women or acknowledging their agency is the central question of this book.

HOW TO CHANGE YOUR MIND: EXPLORING THE NEW SCIENCE OF PSYCHEDELICS BY MICHAEL POLLAN (Allen Lane)

This daring trip of a book takes the author of five New York Times bestsellers into the world of psychedelic drugs like LSD and psilocybin (the active ingredient in magic mushrooms). Pollan holds out perhaps one of his most exciting quests for our consumption in this travelogue through the human mind. Exploring how these drugs are being used to help people suffering from depression and addiction, he undertakes these voyages firsthand. Investigating the world of psychedelic therapists and researching the myths around these drugs, prevalent since the 1960s, he may just get us to look at how we experience the world in new ways.

In light of the current controversy surrounding the judiciary, this book of interviews and analysis gives valuable context to our institutions, looking back to the 1980s and earlier. In 1980, an American scholar, George H Gadbois Jr, met five judges of the Supreme Court of India, culling important information about the workings of the court. Gadbois conducted over 116 interviews with more than 66 Supreme Court judges, as well as senior lawyers, court staff and politicians. Chandrachud, a well-known lawyer and author, uses this resource to examine the legal culture of that era.

When Qandeel Baloch was murdered by her brother in one of the Subcontinent’s most notorious honour killings, Pakistan lost one of its most intriguing social media celebrities. With her incendiary critiques and blatant rebellions, ‘Pakistan’s Kim Kardashian’ might never have survived for long. The story of her rise and demise is given to us through Maher, a Karachi-based writer. Mapped through interviews with models, students, activists, lawyers and policemen, this book provides a timely portrait of women in this part of the world and the context they have to contend with and transcend, and, sadly, often get overwhelmed by.

REBEL SULTANS: THE DECCAN FROM KHILJI TO SHIVAJI BY MANU S PILLAI (Juggernaut)

Pillai describes the rich story of the Deccan from the close of the 13th century to the dawn of the 18th in this accessible volume. His readers should enjoy these stories from one of India’s finest young historians. Moving from the age of Alauddin Khilji to the ascent of Shivaji, from the dramatic rise and fall of the Vijayanagar empire to the courts of the Bahmani kings, from brave queen Chand Bibi and Ibrahim II of Bijapur, a Muslim prince venerating Hindu gods, to Malik Ambar and Krishnadeva Raya on Vijayanagar’s Diamond Throne, a portrait of a fascinating period in Indian history.

BARRACOON: THE STORY OF THE LOST SLAVE BY ZORA NEALE HURSTON (HarperCollins)

From the best-selling author of Their Eyes Were Watching God (2006), here is one of those stranger-than-fiction, never-before published true stories that emerge once in a while: the account of one of the last survivors of the Atlantic Slave Trade. After being illegally smuggled as ‘black cargo’, 50 years after the abolition of slavery, Kossola or Cudjo Lewis spent nearly six years in captivity. This remarkable story of a fight for freedom many years after the fact shows us this man’s capture and his detention in a barracoon, his journey through the Middle Passage, through to his arrival in the Unites States on the Alabama River.