I went to Shakespeare’s burial place in Stratford when we had gone with Hamlet for a three-week tour to the UK. I said a little prayer. I don’t believe in god or religion, I asked for something which is now between me and him 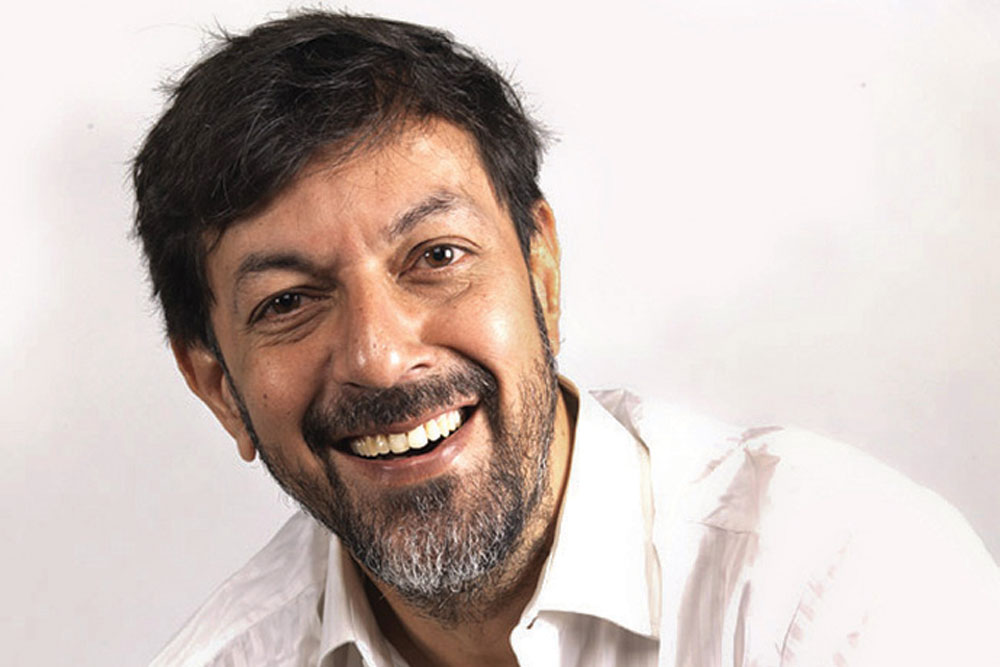 MY JOURNEY WITH Shakespeare began 20 years ago. I translated his play Taming of the Shrew into Hindi in 1995 in Delhi. It took me about three months to do it, but the most bizarre experience was that despite having worked with the text for a good three months, I hadn’t understood the play fully. It was after watching the production come alive on stage that I could really comprehend it. That was such a big realisation: Shakespeare is meant to be watched. I really do feel Shakespeare is not meant to be read, at least by us, and not until you actually speak that English. He wrote his plays in such a way that the actual pleasure is in watching it. That said, I can’t stand any of the conventional renditions of Shakespearean plays either. They never mess around with Shakespeare’s writing. They are so by the book that I can’t bear to watch them. For me, Shakespeare works best when you take the essence of what you connect with the most in his text. I think the best Indian adaptation of Shakespeare would be Habib Tanvir’s version of A Midsummer Night’s Dream.

Tanvir had no reverence for the text. He took whatever he liked and he made it his own in an amazing way. Just the title of the play will tell you so much. It’s called Kamdev ka Apna Basant Ritu ka Sapna. What a translation! That and Atul Kumar’s Piya Behrupiya (Twelfth Night), because again he made it his own. It’s probably why every time I went on the rehearsal floor with a Shakespeare play, the text was the last thing on our minds. When I made C for Clown, which was my first adaptation of his work, all we knew was that we wanted to work with clowns. Even with Hamlet, we had no idea how to proceed. The way we work, our process is of not knowing. We would read one scene and say, ‘Okay now how can we try this?’ Every day went like that and in about 20 days we must have covered the whole text. Some things worked, some things didn’t work. Somebody became an alcoholic, somebody became a French clown, somebody was so bad with Shakespeare that he would constantly look for a pop culture reference and so on. What interested me in Hamlet was the Ophelia-Hamlet story and what transpired between Hamlet’s mother and uncle. So we took that and left everything else out. The love, the jealousy, the tension between the relationships, we explored it all. Still we were not sure it’s going to come together. When the play opened and somebody laughed, we were like, ‘Oh thank God!’ It then became a constantly evolving process of how we’d work with Shakespeare.

From clowns and chaos on stage in Hamlet, we went down to working with one single actor in King Lear. It was the toughest, to have one actor on stage, under one spot with no movement at all and to hold the audience’s attention. We asked ourselves, ‘What is the essence of Lear, what is it about?’ Old age, daughters and fathers, betrayal, loss of power, blindness, bastard brother? Or nothing? Which is also a big theme in it. Vinay (Pathak) and Atul (Kumar) and I all have daughters, so we started talking about our daughters, the relationship we share with them, and slowly the play started emerging out of that. So if you watch the play, it has everything from King Lear and yet it’s Nothing like Lear. In my head there was an image of a very middle class Maharashtrian man going to meet his daughter. That was the central image we worked from. Macbeth lends itself to a darkness, so we had scary clowns. It was a more political play, because Macbeth is that. It’s about greed and ambition and how you deep can you go in that emotion, so we worked from that.

Each time we explored a Shakespeare text, we found both relevance and resonance. What is amazing is that these plays were written over 400 years back and they still stand so true. Whatever he touched, whether it was greed and ambition in Macbeth, old age and loss of power in Lear, jealousy in Othello, he just went so deep into that emotional state, which nobody has done ever. That’s what Shakespeare gives me: to try and discover that state in the present context. Today, if we do anything on jealousy, it’s not possible to move away from Othello. It is the ultimate work around that emotion. Similarly for Hamlet and his sense of procrastination. Somebody has written that Hamlet is still so relevant because this man who has every reason to go and act, and take revenge, just finds one reason or another not to do it.

IF I MET SHAKESPEARE, I WOULD SAY, ‘LET ME BE YOUR APPRENTICE FOR TWO YEARS, GET RID OF
THE QUILLS AND ALL.’ IT WOULD BE NICE TO SEE THE PROCESS

Funnily, when Freud was on the verge of making his big discovery, there were two literary texts that kind of enlightened him: one was Oedipus Rex and the other Hamlet. He called it Oedipal love. He could have called it Hamletonian love also. This is what great texts do. They have this insight into things which are not supported by anything. When Oedipus was alive 2,000 years back, or even with Shakespeare, there was no Freud. But they see the world around, react to the world around, react to the person within; from there they find something that resonates with you—you don’t know why, but it does.

They say Shakespeare’s ability to hear and retain was phenomenal. What he would hear in a bar or in a marketplace would go inside him and churn there until it came out on paper in one form or another. They say he stole all his plots, but it’s not about the plots in Shakespeare. It’s what he did with them and the essential human truth which is found in his characters. And what a range of characters he has made! Even if he only wrote two of these plays, he would be great, and he has created so much. And it seems in the last 10 years of his life, he stopped writing. He went back to his village, left London and he did nothing for 10 years. Even that, to give up stage, theatre, writing… it takes something to do that.

We have had some of our best shows of Hamlet in Israel, Jakarta and Amsterdam. There people don’t care about what the original text is, what they connect with is the emotion he spelled out within the relationships in his plays. What I am really proud of is the editing we do with Shakespeare, how we move things around, and change dialogues from character to character. In Hamlet the big soliloquies ‘Go to a nunnery’ and ‘To be or not to be’ happen simultaneously. And if you know the text and then you see our play, then you see what craft has gone into it. It’s not about the laughs, but you see something has been done in the text.

I went to Shakespeare’s burial place in Stratford when we had gone with Hamlet for a three-week tour to the UK. I said a little prayer. I don’t believe in god or religion, I asked for something which is now between me and him. I had a conversation— very silly, but yes I did.

If I met him I would say, ‘Let me be your apprentice for two years, get rid of the quills and all.’ It would be nice to see the process. What is the germ of an idea when he is writing? When he started Macbeth, for example, what was the first idea? Does he discover the character first or does he write and then the character emerges? How does he develop a story into something we wish to take back home? His language was so beautiful, you can feel it snap in your ear—‘rumble thy bellyful’, ‘spit fire’, ‘spout rain’— it’s incredible how he used his words, coined them just to evoke the exact feeling. You can learn everything, but not that. It’s the mark of a true genius.

(Rajat Kapoor has adapted Hamlet, Macbeth, King Lear and As You Like it for the stage. This article is based on his conversation with Divya Unny)