Around the world in a literary relay race of sorts 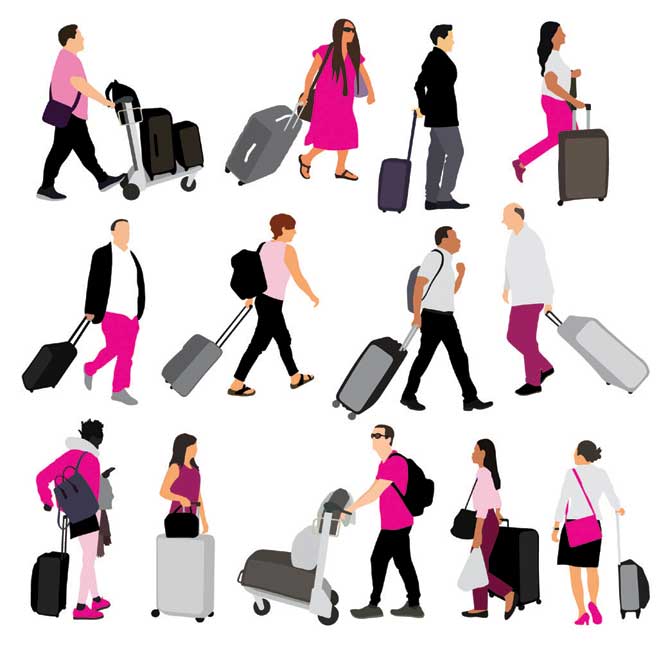 TO LOOK AT a flight map of the earth is to see a web of connections. These lines link people from all over, with the same baggage of desire and disappointment, of pleasure and pain. David Szalay’s new book, Turbulence, casts a light on 12 such lives to show that what we have in common is greater than what divides us.

In Rana Dasgupta’s debut novel, Tokyo Cancelled, 13 passengers stranded at an airport during a snowstorm tell each other stories to pass the time. These fantastical tales aimed to be a modern Decameron, a human comedy for an age of globalisation. While Szalay’s Turbulence (no relation to Samit Basu’s SFF novel of the same title) is also a series of stories linked via plane journeys, the intention here is to loosen ‘the tightly packed fabric of the world’, to reveal the similarities underlying the warp and weft of differences.

Szalay’s earlier Man Booker-shortlisted All That Man Is also comprised connected short stories (are there any other kind nowadays, one sometimes wonders). These dealt with masculinity and its discontents, featuring men from youth to old age in differentEuropean cities, each one facing a personal crisis. Turbulence takes this template and enlarges it considerably: here, there are men and women across the globe, all undergoing some form of instability. Each is connected to the other primarily, but not always, by means of a brief interaction on an aeroplane or on the ground. Sometimes, information pertaining to one character is withheld in a story, only to be revealed in the next. The structure, then, is a literary relay race of sorts.

Among Szalay’s disparate cast trying to bridge distances are an elderly woman flying from London to Madrid and facing the prospect of her son’s demise, a businessman arriving in Dakar to find that his driver is withholding a piece of tragic information, another woman in Hong Kong contemplating leaving her husband for a younger man, a New Delhi ne’er-do-well returning to a fraught relationship with his father after a golfing holiday, a gardener from Kerala involved in a socially proscribed relationship in Doha… and onwards, until we circle back to London again.

As such, it brings to life the words of John F Kennedy that appear framed on a wall in one of the stories: ‘For, in the final analysis, our most basic common link is that we all inhabit this small planet. We all breathe the same air. We all cherish our children’s future. And we are all mortal.’

It’s a slim book with an ambition that belies its size. Instead of walking a mile in these characters’ shoes, we travel only a few metres; yet, this short distance is enough to render them particular. Admittedly, though, some stories work better than others. The one where the woman in Hong Kong dithers over starting a new relationship is particularly well done, for example, while the one with the Senegalese businessman unaware of life-changing news is more workmanlike.

Szalay’s prose is pared down, sometimes even choppy: ‘She was in a window seat. She looked out at the low sunlight on the grey tarmac. The plane started to move. Then it stopped.’ Too much of this can grate; fortunately, the pace of the narrative makes for a relatively smooth journey. Similarly, there are only a few environmental details of the locations the stories are set in (the weather, the traffic), with much of the action happening indoors. Delhi’s air quality gets a mention, though, with one character walking through the city’s ‘sultry, particulate fug’.

A few years ago, a survey found that the average number of pages in bestselling and other notable books had grown by 25 per cent over the last 15 years. It’s a relief, then, to be reminded that the flashes of light that illuminate characters don’t need to be prolonged to be revelatory.