Return of the Adventurer

For the first time in English, read about the mythic French captain in Hindustan, the superhero of 1857 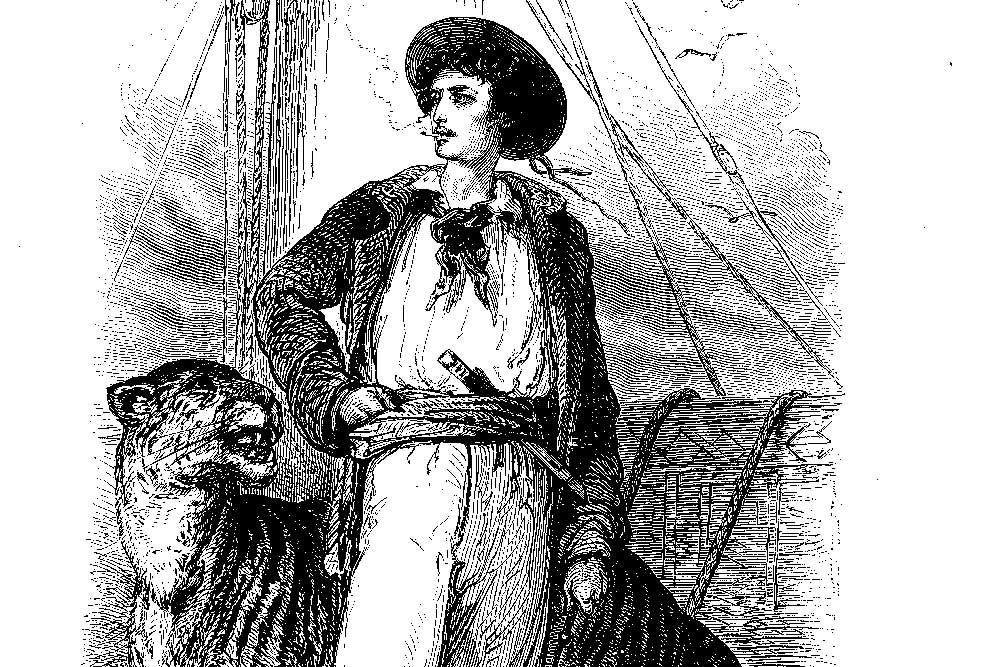 “GET RID OF the English! I approve of that, Lord Holkar, and I’ll even give you a helping hand,” says Captain Corcoran, a swashbuckling Frenchman, who promises an Indian king that he will dispel ‘the red coat barbarians’, namely the British. The year is 1857 and there is an uprising on the boil in India, the perfect setting for the English-hating Frenchman who speaks ‘Hindustani’ to go on a rhinoceros hunt on elephant back, meet a courageous lotus-eyed Indian princess and fall in love.

If you raised your eyebrow at the stereotypes about Anglo-French rivalry or the ‘exotic orientalism’ used to describe India, then fear not, cause Captain Corcoran the brave shall rescue you in this self aware, satirical and good ol’romp of a book that is The Marvellous Adventures of Captain Corcoran. The book was first written two centuries ago by a French author, Alfred Assollant, who created the mythical French adventurer who is accompanied by a pet Bengal tiger, lovingly called Louison.

So who was Assollant and what is this ‘marvellous’ book? It is a question that author Sam Miller, a former BBC journalist, sought to answer after being introduced to the character Captain Corcoran by his wife’s step-father, a 90-something French-speaking Greek, who spoke highly of his favourite teenage book character. Miller, who has spent much of his adult life in India, was intrigued by this character and made a trip to France to find a copy of Aventures Merveilleuses Mais Authentiques du Capitaine Corcoran that was first published in Paris in 1867. And then Miller did what no Briton had dared: translate the book into English.

The book is set in Central India in an imaginary city called Bhagavpur on the banks of the river Narmada. Oddly, Assollant never set foot in India. He conjured India using his imagination and extensive research. He gets a few things off the mark, he overdoes the exotic jungles and hunts, along with ‘recycling stereotypes of superstitious Indians who lack courage and physical strength’ but he gets the colonial activity during the uprising of 1857 on the mark.

The book that has been translated into German, Spanish, Italian, Russian and Polish hadn’t been read in the Queen’s tongue for a simple reason: Captain Corcoran hates the English. The book is full of his dislike. ‘I care no more for the English than I would for a sour herring or a sardine in oil,’ he says. But Anglophobia aside, the author, Assollant, was a fair man, his flamboyant Captain has equal dislike for lazy French scholars as well. Corcoran is depicted as a ‘generous, straight-talking Breton—the son of a fisherman from Saint-Malo—who allows himself to be upstaged at almost every turn by his faithful companion, the wonderful, ever-hungry Louison. They make an unforgettable double act.’

Corcoran’s fans, as Miller writes in the introduction, included the 20th century’s most important political philosophers, namely Jean-Paul Sartre and Antonio Gramsci. Sartre even mentions Corcoran in his memoir. This is not unexpected, as the book is full of surprises. In this translated version, you look at the flashy cover and expect a simpering romance, Bollywood style, but are quickly transported to a childhood memory of meeting a superhero for the first time. And just when you have begun to understand the French captain who invokes ‘Brahma and Vishnu’ and can explain any passage from the Bhagavata Purana, you are introduced to the other central character, Louison. She is not just a prop in the story, but a strapping personality. Her sharp instincts and claws are always at the ready; when things get tricky she just sinks her teeth into an English soldier’s ribs.

Miller has translated from French not just a story, but a courageous book that knows how to tell a joke, poke fun at stereotypes, call the English names (especially relevant since Brexit is the flavour of the season) and also lets you indulge in this fantasy. So ignore the kitschy cover, and enjoy this cracker of a book. You can even share it with a young adult in the family. You will be commended for introducing a memorable character, and you may find yourself returning to Louison, ‘a bodyguard more trustworthy, more redoubtable’ than any army garrison.